With pestilence raging all around us, what better way to forget the woes of the world than to disappear down the Bandcamp rabbit hole once again… 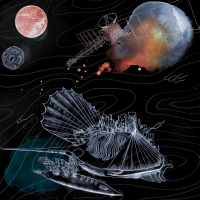 Everything about this album is wilfully obscure, right down to the near-unreadable dark text on a black background on their Bandcamp page. The music of Lyon band Le Grand Sbam is deeply complex and bears an obvious Henry Cow influence, but one that the band transcend with their own brand of manic Gallic intensity.

“Le Grand Sbam is a collective of creation, research and musical experimentation which defends living music in all its richness, its complexity and its universality”, says the blurb, and for once the PR hasn’t veered into the inevitable hyperbole beloved of a certain breed of writer.

Sauntering over the line, smoking Gauloises and reading Proust, Vaisseau Monde (“Vessel World”) just passes the 37-and-a-half minute barrier, making it an album of the old skool variety. The dual female vocals go through all manner of expressions, and the structured cacophony of the first part of the album is surprisingly supplanted by a more spacious and open last two tracks that shine a light on another dimension of this rather fine band’s capabilities. They must be quite an experience in the live environment!

The longest track here, translated from French, reads as “The lotuses have bloomed, I’m sitting next to an elephant with worn ears”. That elephant, being a wise creature will persevere and reap the myriad delights to be found in this perfectly formed collection, knackered ear-flaps or nay. Recommended. 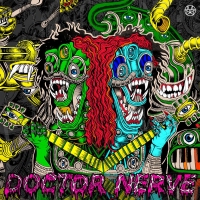 From the title to the music to the cover, this gloriously untrammelled racket ain’t subtle, oh no!

Barely EP-length at under 18-minutes long, perhaps this objet d’art is the commencement of the revival of the Maxi-Single. Remember them? You do?! You must be at least as old as me then. There are four tracks on this thing, plus a couple of odd bookends entitled Meta 01.C (trio) at eight seconds, and a two seconds longer “quartet” version.

LOUD features music that manages to mix avant-thrash metal with a Mariachi jazz band from the Seventh Ring. There’s a full brass and reeds section on here, plus bass and drums, and leader Nick Didkovsky’s raging guitar, and all combine to make a feral, and it has to be said quite jolly, if somewhat skewed, noise assault. Special mention must be made of the muscular rhythms of drummer Leo Ciesa, who manages to stop this whole thing flying apart like an interstellar rust bucket at the end of a hard-working life.

The inherent impish lunacy in these zeros and ones is also reflected in the lysergic associations given to the players. Soprano sax player Yves Duboin, as well as blasting away on the trusty instrument, also gives “telepathic wrap-up”, and Leo Ciesa is as adept at “time reversal”, but the best extra-curricular activity is reserved for bass clarinet player Michael Lytle who indulges in “demonology, contempt for human sacrifice”, as you do. 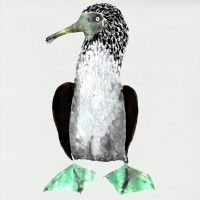 A young-looking 28, Cosmo Sheldrake is something of a one-off. The son of a biologist father, himself descended from a long line of church organists, and a mother who amongst many other musical things spent four years working with Karlheinz Stockhausen, and is a world music teacher and researcher, the young Sheldrake grew up surrounded by truly creative music making and a burgeoning interest in the natural world.

This explains the wonderfully eclectic recording featured here, where the multi-instrumentalist supplies a soundtrack for a film about the Galápagos Islands. This was his second album release in 2019, and earlier in the year saw his debut album The Much Much How How and I see the light of day. As an album proper, it is obviously more dynamic than this soundtrack album, but no less quirky and interesting.

Comparisons are moot, but Sheldrake occupies an undefinable niche in much the same way as Sufjan Stevens, although the two are not in the slightest comparable, if that makes any kind of sense! Whatever, the splendid music Cosmo Sheldrake makes seems to come from an ancient folk tradition, that doesn’t actually exist, for it is not quite of this world.

Baroque sci-fi, anyone? Cosmo is definitely one to watch! 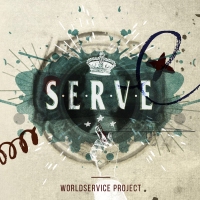 I came across this one on Cardiacs’ FB page, so it’s bound to be rubbish, innit?

A fruity mash-up of Cardiacs-inspired lunacy, Mr Bungle, music hall slapstick, and Pythonesque anarchy, this is the sort of thing you should play in your car in the middle of summer, as loud as possible, with all the windows open, while queuing at traffic lights.

I take no responsibility for the consequences. 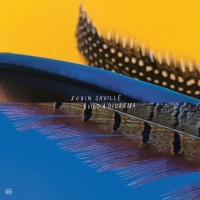 Robin Saville is one half of ambient electronica duo Isan, who have been ploughing an esoteric furrow for around 20 years now. Here, he has crafted a wonderfully calming suite of tunes, perfect for the storms of various hues raging all around us in these ends of days.

While being completely cerebral, this music also connects to emotions with its meditative effects, conjured by just the right balance of circuitry and natural sounds, be they from percussion, instruments, or from field recordings. Build A Diorama evokes in me a similar sense of oneness with Nature as Virginia Astley’s From Gardens Where We Feel Secure, while being vastly different in construction.

The album was crafted from Robin’s love of perambulation, and as a fellow walker, I can get right into the rhythm of a long stroll, and the album takes that inner beat and… walks with it. I think Build A Diorama is the perfect album to soothe the frazzled nerves whilst undergoing self-isolation, although it obviously wasn’t recorded with that in mind!

On the other hand, you wouldn’t play this as an antidote to angst, oh no.

Fervent Send is a pan-global collective of experimental and avant-inclined musicians assembled by American guitarist Jon Du Bose. Freaks is an album assembled by a four-man splinter group of the collective. It is dark, compelling and noisy (very noisy), in equal measure.

There are influences here from all across the left-field end of the vast prog spectrum on display, the whole being at least the sum of its parts. Opening track Bull Nosed Man lurches along like a beast with a target in mind. There is no messing about here, no wasted moments.

Heavy in every aspect of the word, the band comprises a drummer of considerable power (he needed to be), AND a percussionist, and Jon plays bass, as well as lead guitar, along with the multi-instrumentalist Lobsang Kedrub who as well as the aforementioned percussion contributes synth bass and something called “Forced Sounds and Object Mutations”. This makes for a rhythm-heavy combo that batters your head in just the right way.

Witness the deconstruction of speeding beats on Toltecan Grave, and Colin Robinson’s wailing sax on Bogwalker, and then consider what’s for tea. You might want something hot and fiery.