Continuing the theme of the recent ADA updates, we feature five contrasting releases highlighting a diverse range of musical styles and genres… 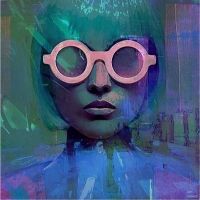 A new release from Potter’s Daughter is always something to look forward to, and it’s been a while since the release of the excellent 2018 The Blind Side debut album, although in between we did have two excellent singles and the compelling Casually Containing Rage EP. And we must not forget last year’s stunning Close To Nearby, from the companion project Octarine Sky, which saw Dyanne and Jan Christiana join forces with Simon Phillips and Guthrie Govan.

Weighted Keys is another intriguing release, this time around featuring three contrasting ‘covers’. The EP opens with a fairly faithful version of Kate Bush’s Night of the Swallow. A brave undertaking, however Dyanne captures the essence of the song wonderfully, and her vocal is certainly on a par with the original. In contrast, Catherine is an evocative, abridged version of the Tom Kelly track. Played as solo piano piece, it wonderfully encapsulates the themes from the original longer piece, and is a fitting tribute to the late Tom Kelly. Concluding the EP is a rendition of Joni Mitchell’s timeless classic That Song About the Midway, from Clouds,Joni’s acoustic guitar replaced here by piano, with Jan Christiana adding upright bass and subtle guitar licks.

Before leaving this mini review, a quick mention of the Pyrrha’s Song single, which came out in early 2021 and I completely missed. In mitigation, although it features Dyanne and Jan-Christian, along with Jimmy Keegan on drums, it was released under the name of Troubleshooting Pandora’s Box. It’s a great slow-burning track, with a truly solid drive, tasty instrumentation from Jan-Christian and a delicious vocal delivered by Dyanne. Stunning really! There’s a concept to boot, so well worth checking out – CLICK HERE. 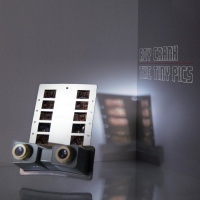 How does ‘in yer face’ Ramones style riffage accompanied by a great hookline grab you? No… well don’t make the same mistake I so nearly did, otherwise you might miss this rather diverse album. So, the first track I heard from The Tiny Pics was the three-minute blast that is Wake the Lord Tonight, and although catchy and full of enthusiastic vim, it didn’t really say ‘you need to check out the rest of the album’. And that may well have been the end of this story, however a few weeks later I heard Don’t Kill the World I’m Living In. Is this the same album? I think I do need to investigate further…

Firstly, Roy needs introducing, however as there is not a great deal of info available I’ll let him do the intro: “Hi! I’m Roy. A friendly composer and performer from Ukraine. I love to learn, create and record music that takes huge part of my life.”

Back to Don’t Kill the World I’m Living In, which retains Roy’s keen ear for a catchy melody. However there’s nothing straightforward here and in a little over four-minutes there’s more than a hint of Freddie Mercury, with ‘sparks’ of theatre, rock opera, classical, jazz and even some Latin dance. The music, arrangement and melodies are wonderfully audacious and certainly this track could have gone on much longer for me. Equally, the all too brief Sweet Tulip’s Slumber’s On is a delectably dark piano ballad and Roy’s vocal is particularly evocative. They’re the two stand out tracks from The Tiny Pics for me. Joining those is the chugging Stereoscopic which opens the album, again a great melody along with some interesting vocal touches. And returning to my introduction to Roy’s music – well, I’ve since grown quite fond of Wake the Lord Tonight.

Across the album there’s a smorgasbord of contrasting styles. Stylistically, the synth heavy One Usual Story has strong ’80s era pop running through it, albeit with some nifty guitar work to rock it up. The chant-like Out and Inside smoulders, gradually adding a psychedelic edge, before fading to the chorus of Zep’s Your Time is Gonna Come, although that may not be the lyric here. High-speed Lover probably speaks for itself and equally, the two-part Woman Painted tracks owe their allegiance, albeit with the odd curve-ball, to the early ’70s hard rock, blues rock era. 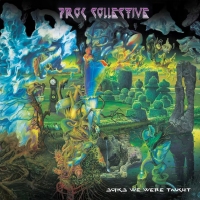 The latest compilation from The Prog Collective, curated by Billy Sherwood, brings together “a collection of amazing artists from the progressive rock genre all on one record”. 2012’s self-titled kicked ‘the concept’ off interestingly enough with seven self-penned tracks from Mr Sherwood, which he followed up a year later with Epilogue. 2020’s Worlds On Hold was a mixed bag, in more than one sense, with an even number of new songs and prog classics, and here in 2022 we are presented with, Songs We Were Taught, ten ‘classics’ featuring an impressive array of musicians and singers, not wholly hewn from the ‘prog’ tree it has be said.

Now I’m sure there will be those who will love this and equally those who will not, and initially I was going to pass on it, as I fall into the latter category. The elephant in the room are the underpinning ‘backing tracks’ which are perfunctory at best and ‘performed’ by multi-instrumentalist Billy Sherwood. The bass playing, no problem, but a drummer he ain’t and although the remaining instrumentation is more than adequate, it still leaves the music somewhat one dimensional. Perhaps that’s the premise, and it’s left to the guests to bring the magic?

A further gripe is that the tracks remain fairly faithful to the original arrangements, so it really is down to the guests to raise the ante. Although Steve Hillage adds some tasty psychedelic guitar to House of the Rising Sun and David Clayton-Thomas turns in a fine vocal, there’s very little that could breathe new life into the house in New Orleans. Ron “Bumblefoot” Thal does a laudable interpretation, vocally and instrumentally, of Caravan’s In the Land of Grey and Pink, although to these ears it lacks the charm of the original. Barring Morse’s guitar break, Roine Stolt and Steve Morse’s take on Seals and Crofts’ Summer Breeze is somewhat bland and really doesn’t work. As for the choice of Sonja Kristina as vocalist for James Taylor’s Fire and Rain, well let’s just call it an error of judgement. Sadly things don’t improve with Rod Argent and Jeff “Skunk” Baxter’s version of The Band’s The Weight, which remains too faithful to the original barring the unnecessary ornamentation.

At this point, and first run through of Songs We Were Taught, I had tired of the ‘formula’ and being faced with yet more tracks with lush string washes, chuggy guitar and slick synth lines proved too much. Returning somewhat later revealed a splendid version of Cat Steven’s Wild World, with Rosalie Cunningham taking ownership of the vocals. And although the lamentable drumming and now formulaic arrangement returns, Candice Night delivers a commanding performance of Carole King’s It’s Too Late. Dweezil Zappa’s guitar solos shouldn’t work, but they do, adding tang to the sweet. Closing proceedings is Bob Dylan’s rallying call The Times They Are A-Changin’ – bold and anthemic here, Martin Turner’s vocal retains Dylan’s passionate call, with Jerry Goodman embellishing with some magical violin.

So all in all a bit of a pick’n’mix… fortunately it’s all on Bandcamp so you can taste before you buy. 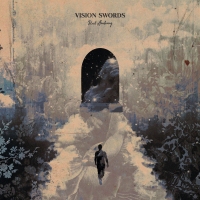 Based in Ohio, guitarist Alex Schrock is the inspiration behind Vision Swords, another new name and more undiscovered music. Broadly speaking, we are in the realms of articulate tech metal, full of metric ambiguities and intricate polyrhythmic riffage. Alex offers pointers towards Intervals, Plini and Animals As Leaders, which I’m more than happy to go along with. Research into Alex Schrock, however, reveals a different background than might be anticipated, and here we find a gigging/session musician and accomplished composer, working within a jazz trio format. He has several releases in this format and the 2018 Punk Jazz is well worth investigating if you have an inkling for some free flowing jazz.

So how did Next Awakening come about? Well according to Alex he has had a ‘lifelong affinity for creative metal’, which probably goes without saying once you’ve heard the album. The inability to earn a living as a musician during the global Covid pandemic allowed him the opportunity to write and record this album.

Next Awakening comprises eleven instrumental tracks, all of which retain a high intensity throughout, however this is coupled with strong thematic content, so there’s more than enough variety to sustain the uniform four-minute track durations. Raising the ante further are Alex’s jazz chops, adding depth of colour to the melodic structures, along with some really neat phrasings.

All the album tracks are of a consistent high level, so picking one to represent the album in this review was tricky. Loved the quirkiness of Untitled (in 5), the sheer energy of Innervate, the haunting theme underpinning Ash and Whisper, but in the end I went for the shifting sands of Glimmer… 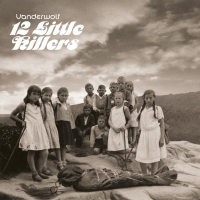 Max Vanderwolf may have caught the attention of some with the release of his debut single When The Fire Grows Cold, released in April of this year, and featuring the legendary Robert Wyatt. The ‘B’ side, Extinction!, saw another notable guest appearance form the late Daevid Allen. Max comments, “The idea of these tracks being paired is partially due to the thematic link of the lyrics: the folly of human progress that has brought us to the very brink of our own mass extinction.”.

Like so many, the ‘pandemic years’ robbed Max of his career as a successful music programmer and concert producer, but did allow some downtime to visit his large body of music, culminating in the release of the Glisten single, and in July of this year the 12 Little Killers album.

Max comments: “These 12-tracks, present human fallibility in its many forms – greed, anxiety, lust, self-debasement, our seemingly limitless capacity to hurt others – it’s all there. It was important to have a visual identity that carries these themes.”

12 Little Killers is a rather engaging and eclectic mix, spanning infectious acoustic ballads, bluesy rock, psychedelia, just to touch on a few, however it’s Max’s passion and delivery that breathe life into the music – Aftermath, I Am Not A Mountain, Headway and Glisten being prime examples.

Looking ahead, there are two new Vanderwolf albums in the pipeline and I read recently that Max is also planning to re-release False Starts and Broken Promises (2008), the debut and only Last Man Standing album, which featured multi-instrumentalist and vocalist Max Vanderwolf and a nine piece band.