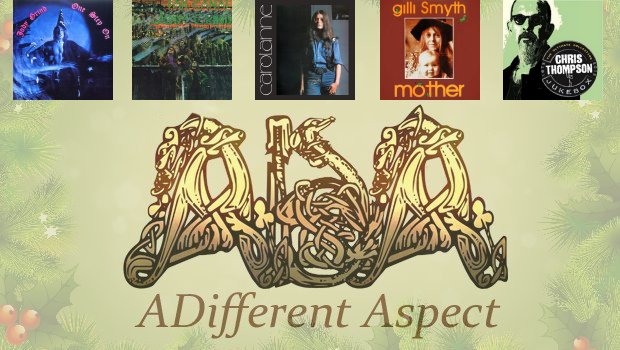 Since 2007 when Mark Powell started Esoteric Recordings, the label has been unearthing lost gems from an era when there were just two types of music, pop, and underground, and Mark and his team have been mining a well buried rich seam for ten years now, uncovering all kinds of lost treasure. Here, we offer some short appraisals of albums on the label that have not had the benefit of the full review treatment on our site.

Ladies and Gents, we give you the primary custodians of Rock’s Rich Tapestry, Esoteric Recordings!

Jody Grind – One Step On
by Roger Trenwith

Jody Grind were led by underrated keyboard virtuoso Tim Hinkley and were one of hundreds of UK bands who morphed from pop and R&B beginnings in the ’60s into what might be described as proto-prog. Their debut album One Step On came out in 1969. It is dominated by the LP side-long opening title track which is a feast of jamming by players who knew their way around their instruments, so it never gets prosaic or plodding.

Guitarist Ivan Zagni shares the spotlight with Hinkley, and there’s a horn section for good measure. A highlight is Little Message, the second track, and “Side Two” opener, which belts along furiously, and elsewhere they venture into a more laid back jazzy feel. One Step On is certainly of its time, but enjoyable nonetheless. I could have done without album closer Rock’n’Roll Man, which is actually Johnny B Goode done to death in the rather grating “I play stupidly fast because I can” style of Alvin Lee. They all sound drunk to me, it’s all over the shop! 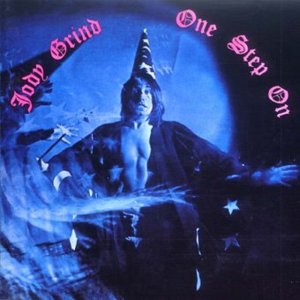 Like most of the hundreds of bands in this era that had dodgy contracts flung at them by labels desperate to find the next Beatles or Led Zeppelin, Jody Grind only got two bites at the recording cherry before disintegrating due to lack of reward for their efforts, usually down to the £1 5s 2d spent on promotion by the label, who by the time a record was released had moved on to their next unwitting victims. The second and final Jody Grind album Far Canal was recorded with a different drummer and guitarist to the debut, and is a slightly less raw affair than One Step On, with less jamming and more songs. New guitarist Bernie Holland is equal to the departed Ivan Zagni and contributes some good solos.

This album includes one live track, the charmingly monikered Plastic Shit, a song of environmental concerns, that turns into an overlong jam. Taken from a gig at the Roundhouse, it probably made sense if you were tripping, but sober it is frankly as mundane as its title. Warts and all, Far Canal is another decent period curio. 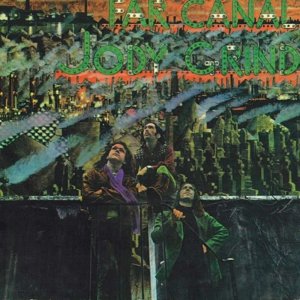 You may well be forgiven if singer and multi-instrumentalist Carolanne Pegg doesn’t ring any bells. She first appeared on the music scene during the late ’60s, along with her husband Bob, forming a folk duo, Mr Fox. They would release two albums at the beginning of the ’70s, however the band was short lived and folded in 1972. Carolanne’s one and only solo album was released the following year.

Carolanne really qualifies as a lost gem, furrowing a folk-rock channel with country swagger. The opening song, a Judy Collins’ cover, immediately sets the tone, with an impressive backing band that includes guitar legend Albert Lee. Throughout Pegg weaves her versatile voice through a number rocky and more traditional folk styles, as well as demonstrating her abilities as a mean fiddle player.

Carolanne Pegg didn’t follow a professional musical path, but pursued a career in academia, however on the strength of the material here, I suggest had she continued, she would have stood tall amongst her contemporaries. 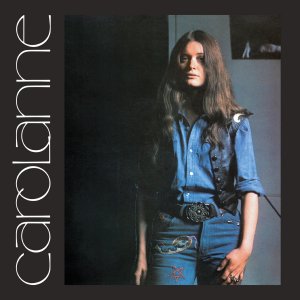 If chemically altered mindstates had an odour, you’d be able to smell this record about three blocks before you could hear it. Gong Space Whisperer Gilli Smyth released her first solo album in 1978, and the music here is partly taken from material recorded in the Camembert era, plus a collage made from Gong’s live side of the second Greasy Truckers album, which as the booklet is at pains to point out was the Hillage-Moerlin line up of 1973, not “Live in 1972” as advertised on the original record. Shame that research never made it to the track list, which states “…from Gong circa 1972”.

Ho-hum…anyway, much space tripping for Pothead Pixies to enjoy here, although it’s pretty but lightweight fare, if truth be told, focusing on Gilli’s feminist perspective. There are only two pieces that might be described as tunes here, the first being opener I Am A Fool which is an almost copy of The Bonzos’ I’m The Urban Spaceman melody-wise, which made me smile. However, the spoken word Taiesin is quite charming. 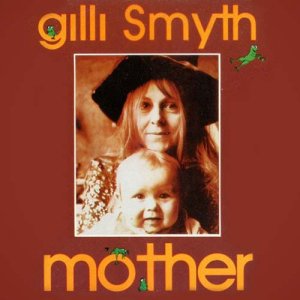 For me THE voice of Manfred Mann’s Earth Band (MMEB) and what this career spanning 2CD anthology amply demonstrates is what a damn fine vocalist Chris Thompson is. With the word-count of these ADAs limited I will merely comment that MMEB are well represented on this compilation, although it should be noted that due to licensing issues the versions are either live or alternate versions. Those MMEB tracks do miss Manfred, not a criticism of the musicians on those tracks, just an observation. They do in general however benefit from the slightly pushed tempos.

I don’t really do compilations, but this one works and certainly an excellent introduction to one of rock’s most underrated vocalist and a fine songwriter to boot. Jukebox has been out for a while now. Choc full of great songs and some stand out arrangements – certainly worth grabbing a copy! 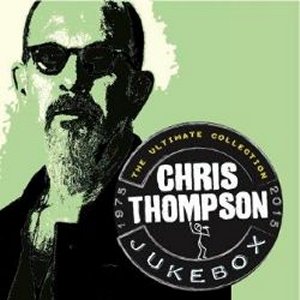 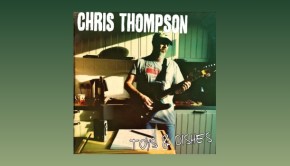