Jenny Darren and the Ladykillers – Ladykiller
Joe Deninzon & Stratospheerius – Guilty of Innocence
Pingvinorkestern – Look, no hands!
Hiromi & Edmar Castañeda – Live In Montreal
Next To None – Phases
Flowers Must Die – Kompost

With the Christmas turkey most likely almost gone, although still weighing heavily, here’s some more listening pleasures that you might have missed – as we almost did! Relax in your comfy chair, remove any remaining paper headgear and join us for another look under the tree to see what else might be lurking in the musical backwaters, in our third Christmas Special ADA (TPA’s occasional ‘A Different Aspect’ series) for 2017. This is where we sweep up some of the worthwhile releases that might have disappeared down the cracks of the main reviews section. Have a listen via the links provided and hopefully you’ll find some new sounds to investigate further during the rest of the Holiday Season and beyond.

Many of these albums are deserving of full reviews, but time and the relentless tide of new releases waits for no man, woman, or aardvark, so instead here’s a Festive Season round-up. there are some real gems in here, so keep digging!

Jenny Darren and the Ladykillers – Ladykiller
by Bob Mulvey

Jenny Darren is a formidable vocalist, which she ably demonstrates here on Ladykiller, ripping through a series of blues tinged, classic rock tracks, bringing to mind Ann Wilson, Joan Jett, Janis Joplin and Pat Benatar, the latter being quite pertinent as this release, which features the hit single Heartbreaker, tells us that the track was specifically written for Jenny, but delays in its release saw Pat Benatar chart first.

Ladykiller is fairly removed from prog in any shape or form and firmly steeped in the classic rock mould, so why include it? Well Jenny Darren has a long association within the proggy field performing with England’s keyboardist Robert Webb, The Samurai of Prog as well as Finland’s excellent Paidarion.

Who says ladies can’t sing rock? Jenny Darren is living proof they can and she has no plans in stopping any time soon. 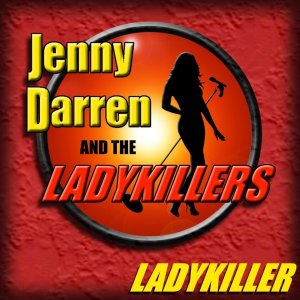 This is a strange one, the fifth album from singer and violinist Deninzon and the three piece Stratospheerius.

It’s mainly in a straight rock vein, of a high quality with the violin adding nice textures here and there, on occasion ripping things up lead guitar style or injecting a kind of Gentle Giant groove in Face and a sassy funk for Affluenza. There’s a bravura cover of Muse’s Hysteria with much fiddle, but eventually it goes off at a major tangent with the last two pieces, Dream Diary Cadenza, a solo extravaganza taken from Joe’s electric violin concerto, and 12-minute slab of prog that is Soul Food.

It’s an upbeat, good natured and fun album with playing of a very high order, nothing wrong with that at all and it’s bound to be a blast played live. All of the tracks come in easy to digest bite-size pieces, except for Soul Food which is the one that really make the difference for me. 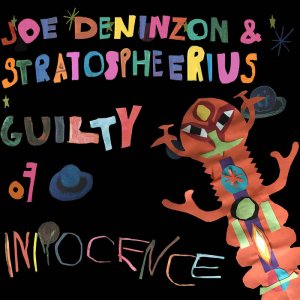 Running the gamut from the noisy shoutalong Happy to the woozy If You’re A Dreamer, Come In to the comedic Likörcigarren, and all points in between, this is one of those albums you have to listen to all the way through just to see what comes next. 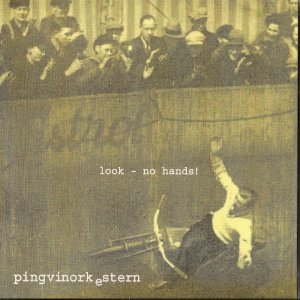 
It seems like an odd pairing – a Japanese piano virtuoso, whose fingers move faster than particles in the Large Hadron Collider, and a Colombian harpist – but by golly it works.

It helps that most of the compositions are fast, furious and immensely entertaining. That’s meat and drink to Hiromi but Castañeda keeps up every step of the way – mostly by making his harp sound like anything other than a harp.

On A Harp In New York, for example, it’s a cross between a koto and a banjo; on For Jaco it’s a fretless bass; on Cantina Band it’s a set of steel drums.

As usual, Hiromi is astonishing, as anyone who saw her on Jools Holland can attest, and it’s her energy that makes this recording special. Somehow her infectious love of the music shines through even without video footage of her impish grin. But Castañeda makes a valuable contribution and, as I said, the result is a pleasant surprise.

Now I’ll stop harping on about it… 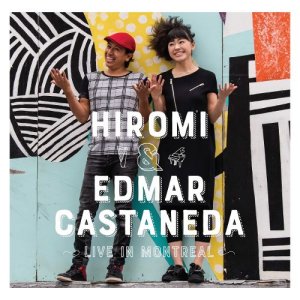 Next To None – Phases
by Dave Baird


According to their website, Next to None’s debut – A Light in the Dark – “received rave reviews worldwide”. Well not from me, I disliked the album so much that I thought it better to keep quiet than eviscerate the dreary affair. Now there’s a phrase that just sprang to mind which describes the album in two words: Dreary Theater. Hardly surprising as it’s the project of Max Portnoy, son of Mike, who has, no-doubt, heard more of his father’s ex-band than most other people.

Despite my justified trepidation, this second release is much better, in fact it’s superb. Broadly eschewing the really bad aping of Dream Theater from the first album, they’ve drifted towards the heavier end of the Periodic Table and come up with a total bone-cruncher of an album, neatly described as “progressive metalcore”. This isn’t to say that it’s not without some DT mimicry, but it’s much diminished, Alone being the worst example sounding awfully like Space-Dye Vest during the quieter passages. 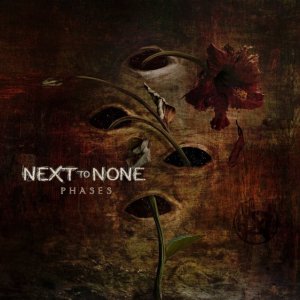 But it’s the noisy, nasty, in-your-face stuff that hits the spot, the more brutal the better. Blast-beats and djent guitars dominate the mix, and singer Thomas Cuce is far more effective when screaming death-metal, cookie-monster vocals as opposed to copying James Labrie. The closest I could describe the music is as Prog-Pantera, on acid, it’s really nuts and I’m not ashamed to say that I hated it on first listen, but it nevertheless called me back. I think the energy has a lot to do with that, it’s really quite infectious, and the standard of the musicianship from these young lads is absolutely stellar.

No doubt a lot of people will not get on at all with this album, but I personally found it a breath of fresh air and it has been one of my most played albums of 2017. Go and take a listen, I dare you, try the tracks Alone, Kek and Pause.

Any band that names itself after an early song from those pioneers and masters of ur-rock Ash Ra Tempel are setting their sights high. It’s little problem to these Swedes though, as they lurch along in fine style, taking influence from the burgeoning early ’70s underground free rock scene of their motherland, and also grab grooves from Amon Düül II and Can along the way, they tick a good few of my inner freak boxes.

They groove too! I defy you not to get all loose to the skunk-infused Hit. Yes, Kompost is another criminal omission from my end of year review. 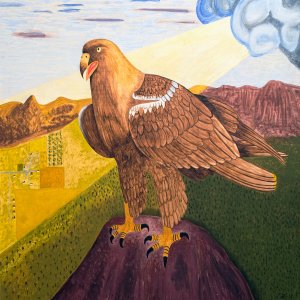