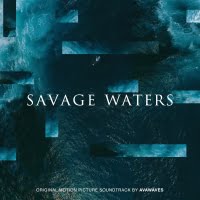 Their most recent release, Savage Waters, forms the musical accompaniment to the award winning feature documentary of the same name, narrated by Charles Dance, which follows the narrative of “clues left in a 19th Century treasure-hunter’s journal to find and ride a mythical wave in some of the most dangerous waters of the Atlantic.”

AVAWAVES describe their sound as being “rooted in cinematic narratives evoking emotional journeys of the heart and mind”. So, on the surface Savage Waters is perfect for them, and I can report that they have spectacularly captured it. A truly immersive soundtrack that encapsulates the power and majesty of the wave; the adrenaline rush, the sense of achievement, whilst the drama is accented by lighter ambient sections of music, adding a sense of calm and serenity as the waves subside. An album that truly ebbs and flows.

Once again Anna Phoebe and Aisling Brouwer have combined their classical training and creative spirit to produce a mesmerising and intoxicating release – one that works superbly as a film soundtrack, but also stands up as an engaging and accessible musical album. 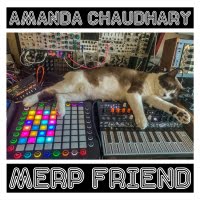 Around this time last year, composer and keyboardist Amanda Chaudhary released Meow Meow Band, a six track EP featuring music hewn from an electro-jazz-funk mould. And a damn fine EP it was too, so much so I felt compelled to check out her latest EP.

The ‘selected track’ on Bandcamp is the title tune, with its funky wah-wah guitar and a smooth synth line; my immediate thoughts turned to the theme tunes from those ’70s American cop shows. Oh… Amanda points that out in the Bandcamp blurb. There’s also a distinct cat thing going on with Amanda (also mentioned in the Bandcamp blurb) denoted by last year’s EP title, and the feline strewn across the ‘keyboard tech’ on this new EP.

The first track proper on the EP is Sam Sam’s Theme, which coincidentally invoked TV theme tunes, this time around those ’70s-era UK children’s animated shorts. It’s a delightful quirky tune with bassoon, clarinet and saxophones and an Eastern European slant for good measure. On the other hand, For Luna is an eerie, avant-grade, plinkity-plonk, sci-fi affair – suggesting that you might not want to meet Luna on a dark night… 😉

And there we have it: enjoyable, but at just over seven minutes I may well have passed it by for review. However there’s a co-release CD version planned for December which features the two track single from the Nubdug Ensemble… 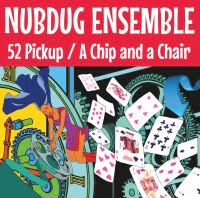 The ‘tie-in’ comes courtesy of the band members who play on Amanda Chaudrey’s releases, and vice versa. Not only that, but Nubdug Ensemble’s two track single and Amanda Chaudhary’s EP are a perfect fit for each other.

Opener 52 Pickup is a jazz infused song, with the assembled guest musicians putting a quirky and neat twist on proceedings, whilst vocalist Jill Rogers nicely ties things together. Also in a jazzy mould is A Chip and A Chair, but the twist here comes from the bassoon, clarinet, saxophones and the idiosyncratic synth work. A great track and a nice companion to Amanda’s Sam Sam’s Theme.

Both can be found on Bandcamp – linked below… 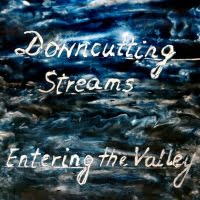 Initially from Poland and now resident in Hungary, Downcutting Streams is composer, singer, pianist and flautist Katarzyna Strycharz and Entering the Valley is her debut album, released in the summer of ’22. Entering the Valley is a curious and fascinating album, but one, it has to be said, that took a few listens before it started to click. So initially, with flute, acoustic guitar, piano and vocals being the main instrumentation I pre-supposed the music would be a pleasant and mellow collection of songs. And in some respects it is, although there’s a challenge in the audio. Firstly there’s an underlying rawness in parts of the sound, a sort of distorted undercurrent that challenges the ear, but rising from this is Katarzyna’s clear vocal, deft piano and haunting flute.

Curiously, Downcutting Streams’ music took me back some fifty-plus years. Now whether that is down to rolling low-end concert toms, or the distorted bass, or the airy flute I’m unsure, but there’s certainly a nod to late ’60s psychedelic movement. And, some fifty years on, we find recurring themes in the lyrics as Entering the Valley looks at the moral dilemmas in the world, and challenges the listener to recall and question similar thoughts past and present.

I reckon Katarzyna Strycharz could easily have produced the album I had initially pondered, and I’m sure it would have been charming, however she has input an edginess – a kind of attack and release to her songs – and what we have now is an album which encompasses the singer-songwriter, but is far more interesting… 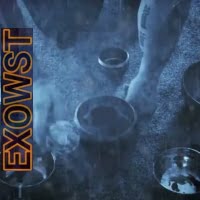 Concluding the final quarter of Exowst releases for 2022, we have three new tracks performed by Snow (Alan Emslie) and released under the Exowst banner. Parts one, two and three can be found HERE, HERE and HERE on the TPA site. Each of those updates featured three tracks and covered the first nine monthly instalments. Time now to take a brief listen to the fourth quarter, October, November and December.

As with all the previous tracks they are denoted only by number, leaving the whys and wherefores to the listener, and as with the previous ‘singles’, the significance of the numbers is open to a number of interpretations. A common theme might be found in numerology or Angel Numbers, but not wholly. The number 7 has endless permutations – for many, a lucky number; days in the week; continents; seas; colours in a rainbow; wonders of the world, and so on… Exowst’s musical vision of 7 perhaps draws on the first of the ‘seven story types’ – overcoming the monster, as along with the bleak video imagery, 7 paints a somewhat apocalyptic landscape. As always the percussion is trance-like, holding the listener in its grip whilst the swelling chordal backdrop becomes darker, aided and abetted by the repetitive vocal line “seven”. Killer…

In 1908 Robert Peary and Frederick Cook make claims of reaching the North Pole, whilst Ernest Shackleton sets sail for Antartica, there are more… Stay alert, and/or consistent with your qualities and convictions, according to the Angel number theory. Rhythmically and with a hypnotic vibe, November’s 1908 harks back to the previous 7 single, albeit 1908 is a much livelier, almost joyous affair, with tribal drumming, twangy guitar and a whispered subliminal text. Once again the music belies the video which features mirror imaging of graveyard footage.

Released on 2112 and concluding this quarter we have 137. In physics the fine structure constant – one of the key physical constants of the universe – originally calculated to be 1/137. In music Exowst offer a Yuletide “gong bath for metalheads \m/” … and although unlikely to become a ‘dance floor filler’ in years to come, 137 is a welcome antidote to the ad nauseam recycling of Christmas hits from Mariah Carey and Wham… to mention just two. Exowst’s ‘hits’ are confined to live takes of Tibetan styled tuned bowls, timpani and gongs, bolstered by synths and 8-string electric guitar.