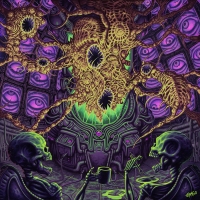 How did I miss this?

No idea, but regardless of my oversight, TYS released a four track EP Plague Accommodations in November 2021 and I’m picking it up in February 2022. Now ever since hearing Thank You Scientist’s second full-length album Stranger Heads Prevail, released in 2016, I was sold! And as their 2019 follow-up Terraformer was simply stunning, I’m still buying.

For those not au fait with the band, TYS are a high energy septet from the New Jersey area, and barring one crucial element, the two-minute opener on this EP, Gigglebutton, will tell you much about this great outfit. Firstly, the tongue-in-cheek title indicates that TYS don’t take themselves too seriously, but be assured they most certainly take their music seriously. So across the music there’s an injection of humour that permeates and radiates, adding to the band’s already refreshing and unique sound. And that sound is vibrant, exciting, complex, often in-yer-face, but without ever losing itself. Timing ambiguities that groove, fusion that rocks, big-brass fused with other metallic amalgams, and topping it off, melodies that linger long in the cerebrum.

Still here? Good. So the crucial element missing from the EP opener is vocalist Salvatore Marrano. A distinct voice that on first hearing may surprise, but quickly asserts itself. Salvatore does sweet and melodic, but more than holds his own within TYS’ gargantuan sound.

Plague Accommodations features four great tracks played with passion and enthusiasm; flamboyant musicianship performed with flare and gusto, along with great melodic vocals, solid hook-lines and sweet harmonies. What’s not to like? I may be biased, but if you don’t want to take my word for it, the Plague Accommodations EP (and all the other albums) are available via Bandcamp – linked below – so why not check them out for yourself…? 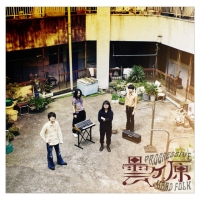 If you’ve a yearning for a late ’60s/early ’70s high-octane blast that’s chock full of overdriven Hammond organs, rip-roaring guitar/keyboard duels and all powered by energetic and exuberant rhythm section, then look no further than Kumorigahara’s self-titled debut album. We are talking The Nice/ELP, Deep Purple MkII, King Crimson, Focus, Colosseum, Uriah Heep, with smatterings of early Rush and Yes. There’s probably more – the band suggest Anekdoten… and I’m more than happy to go along with that (in part).

Now if the above description has floated your boat then be wary of track one, as this brief Mellotron-esque intro will have you musing more towards the mighty crumhorns (or is it krumhorns?) of Gryphon. Track two, 3472-1, will however dispel any such notions, taking you firmly into early The Nice territory, via a smidgeon of Yes and KC. On the other hand, Nakano Street, with its powerful Mellotron opening, moves us firmly into Court Of The Crimson King territory. Sadly, singer Shota Ishigaki does not share the rich vocal timbres of John Wetton or Greg Lake.

A quick-fire intro, so let’s backtrack the origins of Japan’s Kumorigahara. Founded circa 2013 by band leader, vocalist, bassist and 12-string guitarist Shodai (Shota) Ishigaki, who somewhere along the line secured a settled line-up with guitarist Vaiolite, a_kira (Maria Kannon) on keyboards and Mu (aka Muchio) on drums. They released their self-titled debut album in late 2021, and that folks is about as much as I can offer, as although Kumorigahara’s website has an English section, there’s little info available.

What I found invigorating about Kumorigahara was their energy, and in many respects it felt like being transported back to the end of the late ’60s and the beginning of the ’70s, however the album is not without its pitfalls – the band’s exuberance does tend to offer overtly ‘live’ sound. I also thought some of the tracks clocked in beyond their ‘sell by’ date, BUT, the music has a vibrant rawness and Kumorigahara feels and sounds like an undiscovered gem, or relic depending on your view point, perhaps best captured in the album’s penultimate track… Tears of Rabbit.

Before finishing up, and so as not to paint a one-sided picture, more than half the tracks clock in at above the ten minute mark the band have the opportunity to show a lighter side. If we return to the aforementioned 3472-1, then we have a middle section with a_kira displaying his skills on the piano, before we head back into the more exuberant style the band so excel at.

So back to the beginning and if you are in need of some hard rocking prog then it’s well worth checking out Kumorigahara. My only reservation is the vocals, which are palatable but somewhat of an acquired taste, but there’s more than enough great music to compensate… 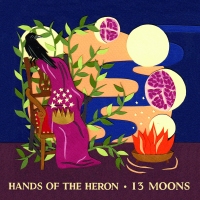 13 Moons, released in early February 2021, only caught my ear a year later, and shortly after storms Dudley, Eunice and Franklin’s blustery intrusions lashed the UK. And what a perfect contrast it was too. An intimate, immensely textured and thoroughly compelling listen. A perfect way to end the day, or equally, to start it.

Bristol based ‘alt-folk’ quintet Hands of the Heron is fronted by three quite special vocalists, and 13 Moons is their second heartwarming release. Twelve absorbing tracks which draw their inspiration from “classical inspired choral pieces to dreamy folk-pop, from psychedelic meandering electric arrangements to minimal, lyric led songwriting”.

What immediately strikes home are the velvety and harmonious vocals, immediately evident in the album’s opener, Summer Harvest. Equally stunning is the second a cappella track from the album, Watercolour Fade – a truly a ‘hairs on the back of the neck’ moment. Hymnal is nature, but also inspirational, the way the harmonisation flirts with the more anticipated intervals, and those perhaps not so. Remaining with the unaccompanied polyphonic voices, Contrary Motion is a complex intertwining arrangement, and mention here of the sympathetic production which captures the detail within the vocals superbly.

Fascinating also is the lyrical content which covers a diverse number of topics: Skipping Rope, which reflects on the joys of a simpler, youthful life, or the somewhat bewildering Tongue in Twines, where poetry meets song:

“I do not live as half of a double page spread.
I gave up that debtor’s dream to dwell in an oil painting,
a brushstroke, a blue fleck.
Or I am a violin – would you have me played
to hear the ancient xylem sing?”

Or the the strangely hypnotic Moonbloom: “I’m questing for questions, surviving on crusts I don’t earn, as each day gives me lessons I ought to learn.”

And if the sumptuous vocals and thoughtful lyrics were not enough, then complementing the singing are the numerous, extremely effective, instruments employed to augment the music – flute, clarinet, accordion, violin, acoustic guitar and banjo. So not just wonderful singers, but accomplished multi-instrumentalists to boot. Just take a listen to Reckoning, Skipping Rope or Copper Green Flame, to mention just a few.

If you enjoy the music on 13 Moons then you might be interested in other releases from Bristol’s ‘DIY’ Cuculi Records label, who focus their attention on “on alt-folk, poetry, ambient and contemporary classical forms – as well as beautiful sounds that don’t have a name yet”. 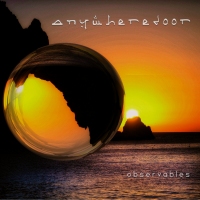 ANYWHEREDOOR is basically the work of booking agent and music business manager Kris Claerhout, who, finding himself with little to do in 2020, decided to fool about and write some music. He sent a track of keys, synths and drum patterns to his friend Per Nilsson (Scar Symmetry) who overdubbed some guitar and sent it back. The results obviously pleased Claerhout sufficiently to make a whole album, enlisting different guitarists he knew for each track. The results are this album, Observables, and it’s a mixed bag to be honest.

When it’s good, it’s very good. Best of the bunch is probably Too Phart Gone with Guthrie Govan, who produces a tasteful guitar contribution which increases in intensity over its five minutes. Other winners include TechTrip (Per Nilsson), Badger Musk (Jack Gardiner) and the almost ambient title track (Jake Willson). Bumblefoot also makes a decent contribution with Internal Deflection.

Elsewhere, however, the techno grooves go into overdrive and the results are pretty darn annoying. Quackermole is the worst offender, being virtually unlistenable, but there are others which just don’t bear repeated listening. So, it’s not a total disaster, but maybe don’t give up the day job just yet? 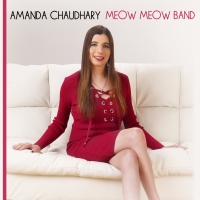 On Meow Meow Band, composer and keyboardist Amanda Chaudhary offers up six short and imaginative slices of classy electro-jazz funk. Alongside Amanda are a red hot band – which, given that the rhythm section of bassist Jamaaladeen Tacuma and drummer Calvin Weston are both former members of Ornette Coleman’s Prime Time Band, probably speaks for itself. Complementing the rhythm section is an excellent ensemble of brass and woodwind players from the San Francisco Bay Area.

Meow Meow Band is an eclectic collection of tunes, kicking off with a somewhat hallucinogenic and experimental electronic Invocation (French Miaou Bast). As we traverse the album we pass the synthy electro-progery of Cables and Carafes, before winding up with the disco-funk bass lines of the ’70s, courtesy of the album’s close out track, Donershtik. You’ll also catch a whiff of a ’70s American film or TV soundtrack during North Berkeley BART – checkout Amanda’s tasty, vintage synth sounds during her solo.

A quick mention that four of the six tracks feature vocals, which are used sparingly across the release, and although a little surprising, it just adds to the the flavour of Meow Meow Band, which I found to be bold and innovative. The standout track for me is the groove-laden White Wine, featuring some great electric piano from Amanda, the aforementioned rhythm section, and cool themes and infectious sax lines from Steve Adams. An ingenious and delightful arrangement.

At just under 30 minutes, Meow Meow Band is either a long EP or a short album. Not that it matters, although I certainly could have listened to another 20 minutes or so. Well worth checking out…

A minor criticism is the album cover, which might work for SCS or DFS but nearly caused me to pass this release by, which would have been a real shame.