The hollow middle of the week after Crimbo as New Year’s Eve is hoving into view – some folk are back in work while others aren’t and have far too much time on their hands. So welcome one and all and let’s raise a toast to more releases that might have passed you by, courtesy of TPA’s A Different Aspect. In this fourth festive edition we take on another half dozen releases from 2017 (ish) that between them cover an awful lot of ground. Listen via the links provided, you might not like it all but hopefully something new will grab your attention.

Doom Side of the Moon
by Roger Trenwith


What? Not yet another cover version of Floyd Mk II’s finest 40 minutes? Yep, ‘fraid so, but actually it’s rather good. You’ve no doubt heard the acid trance version, the dub reggae version, and possibly even the polka version and the balalaika version, well this is the heavy – and I mean heavy – metal version. Led by guitarist Kyle Shutt of Texan metallers The Sword, the album takes a while to get going, and clues as to what is to follow are scattered throughout On The Run; its sundry bangs, crashes and feedback howls over the familiar synth line indicating that maybe you should turn it up to eleven, possibly twelve.

Released to celebrate half a century of the famous not prog band, highlights include a teeth rattling thunderous charge through Time, and a dandruff loosening headbangathon to Money. It’s all good fun, and I reckon you’ll be wielding the air guitar well before it’s over. Don’t let your better half catch you at it like I did, as it will provide them with hours of endless mirth making at your expense. Nah…that was quite fun, too! 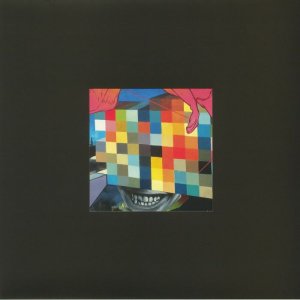 Alwanzatar is the one-man musical project of Krizia (Tusmørke, Spectral Haze) where he seeks to create “extraterrestrial world music”, with flute, incantations, synthesisers and electronics. This is his first release for Apollon records, the album consisting of five tracks ranging from just under four minutes to seventeen.

There is a very noticeable electronic vibe, with synthesisers taking the prominent role in delivering an album of ambient, electronic space rock. What lifts it into something a little different is when the flute is used, creating a more interesting experience as it soars above the main themes. The overall feel of the album is a positive vibe, pleasant and an easy to way to pass forty-three minutes. 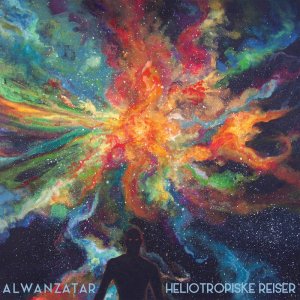 
Caligula’s Horse were one of my personal finds of the year and I quickly fell in love with their previous two releases – The Tide, The Thief & River’s End and Bloom. As opening act at Midsummer Prog they were tremendous, so I was stoked when I heard they had a new album in the works, and a concept one at that, In Contact.

Unfortunately the album failed to connect with me on the same level as the others, and now, some months later, I’m still trying to break into it. This is odd because when one listens to the individual tracks they’re quite excellent, but the thing doesn’t seem to gel as a whole. Trying to be objective about this, I think perhaps the spoken-word monologue, Inertia and the Weapon of the Wall, throws things a bit and then the closer, Graves, isn’t up to the standard of the rest of the album. 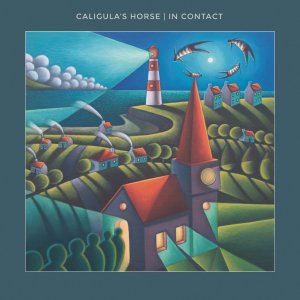 These two aside, there’s some typical CH to be heard in opening tracks Dream the Dead and Will’s Song. Songs for No One, Fill My Heart and The Cannon’s Mouth wouldn’t be out of place on earlier releases either, showcasing, as they do, CH’s modern, restrained metal approach, full of melody. Unfortunately we don’t get the lyrics for many promo releases so I have no idea what the concept is about, which is a shame.

If you’re new to Caligula’s Horse then I’d probably recommend the previous albums over this one, but in either case they’re a band worth checking out, especially if you’re into stuff like Haken, Jolly or Dianoya.

Djabe & Steve Hackett – Life Is A Journey
by Kevan Furbank


The former Genesis guitarist and the Hungarian jazz/folk fusion band have been playing together on and off for some 10 years now. Usually Steve Hackett turns up on live tours and does his party pieces, but on Life Is A Journey he and Djabe converted a Sardinian priest’s house into a recording studio and basically made it up as they went along.

The result is a warm, mostly gentle and contemplative album during which Hackett plays with generous restraint. In fact, you may be hard-pressed to spot his contributions, so reluctant is he to turn Djabe into his backing group. If you are a Djabe fan then you will appreciate this as it gives Aron Koos-Hutas room to lay tasteful muted trumpet over the proceedings, while Tamas Baracas’s fretless bass bubbles like a Sardinian fruit-based liqueur and drummer Gulli Briem keeps things low-key as well. 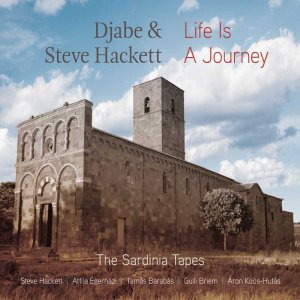 But Steve Hackett fans will be wondering where he got to. Although there are a few riffs here and there that sound a bit Hackettish (or is that Hackettonian?), most of the guitar is supplied by Atila Egerhazi, whose work is perfectly acceptable but lacks a bit of attack and character.

What’s The News Antonio?, Buzzy Island and Wake Up rattle along at a fair old pace but this is generally a languid album that evokes sunny Sardinian skies and that feeling you get from having had an entire bottle of Italian wine to yourself.

You get plenty for your money, though. More than 72 minutes of music plus the album in 5.1 surround sound and video of Hackett and Djabe at the Budapest Jazz Club doing things like Fly On A Windshield and Please Don’t Touch, so he makes himself heard eventually.

Terria’s instrumental music might be difficult to follow. Heavily structured and played with precision, powerful, rythmic and melodic, and heavy (did I mention it is heavy)? – this an essential Bandcamp visit if you’re thoroughly fed up with whimsy. It seems they are less a band and more a project of bassist and composer Rahsaan Lacey. Guitars are played by three different players and anchored on every track by a single drummer.

Despite being ostendibly heavy (indeed, Heavy), there is more to this than blind riffing. The five tracks of this EP don’t have any Mellotron or eBowed guitar, so they can’t be prog (smiley), but they do have complexity and are meticulously arranged. This is an invigorating listen and it is a great pity that there seems to be no YouTube video to accompany the release. Tagged as “metal, progressive rock, progressive metal”, I don’t have the vocubulary of musical genres to properly describe Terria. This is not a shame in the least because I must, therefore, recommend a visit to their Bandcamp page right now so that you might listen yourselves.

I bet it is largely unlike most of the stuff we review on TPA so trust me: challenge yourselves. 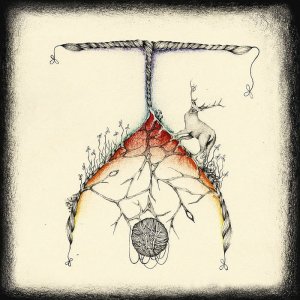 
Glass Hammer have become something of a prog institution and this is their sixteenth album, released in 2016. A good old-fashioned concept album, it follows a soldier struggling to return home from the horrors of war to the girl who loves him but must ultimately find her way back to him.

The first thing that strikes you is Steve Babb’s wonderful bass tone but the whole band put in a fizzing display on a selection of material that evidences all that is good about Glass Hammer. The shared lead vocals, between Steve, Susie Bogdanowicz and keyboardist Fred Schendel, work well and this is an absorbing symphonic listen. There’s dynamic energy, variety and an unusual warmth hung around the thoughtful words, and it all works very well indeed.

A must for Glass Hammer fans but also a good starting point for new listeners. 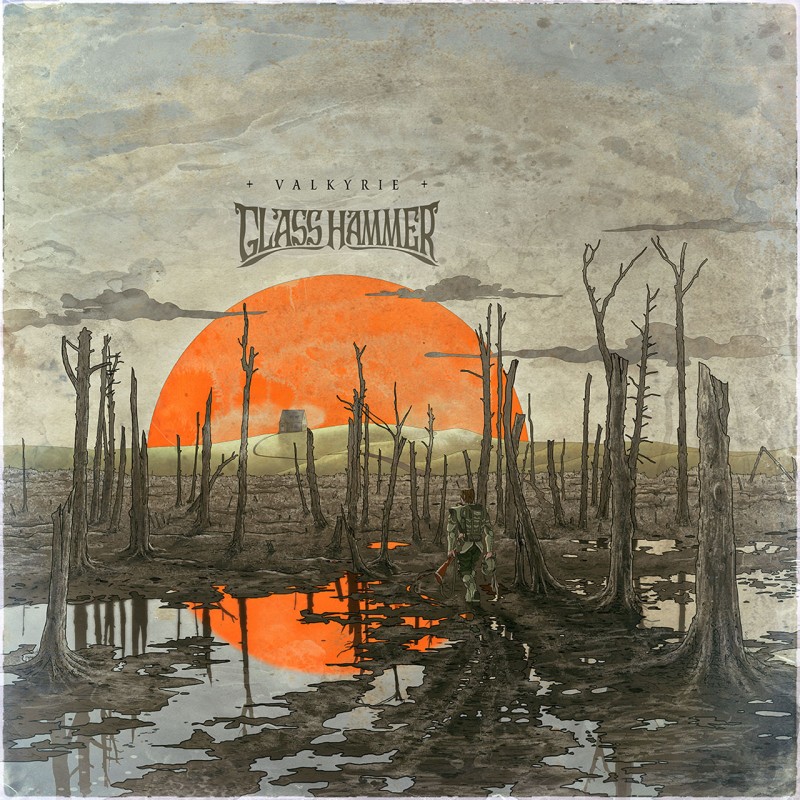