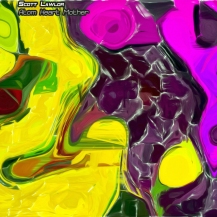 Scott Lawlor is a veteran musician, composer, and collaborator, who has dipped his adventurous toes into all kinds of left-field areas. He has no less than 244 (!) releases on his Bandcamp page, so if anyone has the experience to tackle Floyd’s dog’s dinner of a prog album, he’s the man!

Atom Heart Mother (the track) was Pink Floyd’s only out-and-out attempt at full-on prog rock, the new thing on the scene in 1970 when this album originally saw the light of day. Frankly it was a bit of a mess, the stodgy pudding being completely over-egged by a cumbersome orchestral and choir arrangement, which was pasted over the original backing tracks while the band were away on tour. According to creator Ron Geesin it “… a hell of a lot of work. Nobody knew what was wanted, they couldn’t read music”. This serves to confirm my contention the Floyd never were a prog band, per sé. With AHM they bit off more than they could chew.

So, Scott Lawlor is one brave fella, as anyone who attempts a cover of something as well known as this has, in my view, to make it their own by way of a different arrangement or a different approach, otherwise, what’s the point?

And that’s what he does, oh yes! Playing as one extended 46-minute track, Lawlor replaces the brass-dominated orchestra and choir with keyboards and synths, and in the process has somehow made it more listenable, at least for this AHM sceptic. Rather than the jarring cut’n’paste changes of the original, Lawlor’s version washes over the listener in calming waves of near-ambience. The first half follows the path of the original, the second half drifting off into a far-flung orbit that reminds me of Zeit-era Tangerine Dream, which is no bad thing. Towards the end, the original theme returns to drift in and out of the swirling cosmic debris, before solidifying and drawing to a natural conclusion.

A mere $1 on Bandcamp, you should check it out. 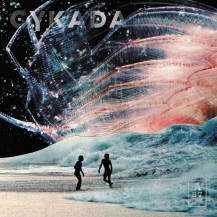 The energy these young musicians impart on this joyous blast of many-spangled self expression is evident from the off. The members of Cykada, led by bassist Jamie Benzies and electronics wizard Tilé Gichigi-Lipere, both branches in the semi-legendary Myriad Forest, are drawn from many different bands orbiting the burgeoning London nu-jazz scene.

This classy brand of jazz rock contains all the world music flavours you might expect from the multi-cultural beast that is London’s beating heart. There ain’t much more to say about this, just give it a listen! 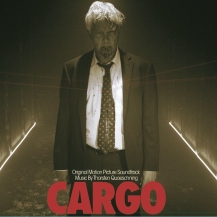 I must apologize for the long delay in putting pen to paper for this highly interesting soundtrack album from current Tangerine Dream leader Torsten Quaeschning that was released last year. Tangerine Dream have always been interested in soundtracks right from their OST for the movie The Sorcerer, and Risky Business, Three O’Clock High and many others. Their use of sequenced synthesizer passages certainly add emphasis and dynamics in parallel to what is happening on screen and this album is no exception.

This soundtrack accompanies the film independent film from James Dylan entitled Cargo, in which a businessman is imprisoned inside a cargo container on board an ocean bound ship, with just a mobile phone with which to raise a million-dollar ransom inside 24 hours. I’ve not seen the film but reviews say that it is a tense single actor drama that is highly watchable and certainly very different. The music of Thorsten Quaeschning really suits the visuals as he uses atmospherics and dynamics to great effect, it really is a throwback to their earlier soundtracks like Sorcerer, and the album has a mix of tracks, some very brief and one Wanderbaustelle that is 16:09 in length, which makes this a very good listen.

As a lifetime Tangerine Dream fan, I found this album very enjoyable and likeable with lots of dynamics and changes of pace from moody and atmospheric to harsh and brutal pieces such as Spotlight, the changes conveying the tension of the movie. This is a great addition to the Tangerine Dream movie collection and is available through Picture Palace Music. 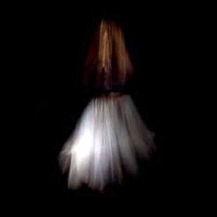 Six years had passed since the release of The Indefinite State of Matter and Polish band Albion returned with their sixth studio album You’ll be Mine in 2018.

The passing of the years have seen significant changes in the band’s line up with guitarist Jerzy Antczak the sole surviving member to have appeared on all their releases. Original singer Anna Batko returns to provide breathless vocals which exude velvet, smoky textures and seductive nuances. Pawel Konieczny also returns laying down a hypnotic bedrock of undulating bass lines which effortlessly drive and carry the momentum of each song. Rafal Paszcz makes a welcome return behind the drums, providing a wonderful energy and deft synergy.

In contrast to the previous releases, the soundstage feels cleaner, simpler, with all instruments and vocals possessing a more pronounced presence which in turn brings to the fore a more nuanced and subtle performance. Batko’s sultry vocals on opening track Call It A Sin pave the way for an album which is richly atmospheric. Across the entire album, Antcak’s utterly mesmerising guitar playing soars and attacks with inspired flair and precision.

The seven tracks explore continually shifting moods, play with melancholic landscapes and tantalise with resonating, beautiful melodies. At a little under 45 minutes you find yourself so engrossed in the music that you could be forgiven for sitting there waiting for the next track and thinking: is that it? But in equal measure you also find yourself quickly reaching for the ‘Play’ button in expectant willingness to succumb again. It is a lovely, bewitching album. 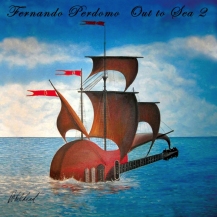 Last year I wrote a review of Fernando Perdomo’s album Out To Sea for TPA. An album which had a decidedly retro feel to it, and one that I felt had both captured and evoked the spirit, feel, and tone of many of the great guitarists of the seventies; people like Jan Akkerman, Andy Latimer, and Steve Hackett. Well, this album picks up where that album left off with another seventeen tracks of instrumental guitar-led music from the fleet fingers of Fernando and friends, including a live take of The Architect interwoven with unreleased takes from Peter Banks that were found after his death a few years ago. These have been tastefully incorporated into this track in a tasteful and respectful manner. This is another album that requires a degree of listener involvement in order for its music to come alive.

I’ve spent ages with this and have gone from excited anticipation through initial disappointment to finally experiencing the penny dropping and the music beginning to make sense. Whilst this is not as immediate as its predecessor, it does have other qualities that address and re-balance things considerably.

This is an album of sublime beauty that if you stay with it, you can grasp the labour of love that this album really is, and how the use of subtle horn work on Beautiful Mix alone makes for moments that are most certainly worth you hearing. In fact overall this album grows in stature the more you hear it, and once again Fernando has delivered a great set of music with great melodies and tone and imagination and skill. It may take a while to get, but it’s so worth it when it does. 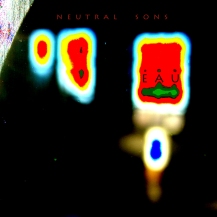 You may have read my occasional missives regarding the artistic enclave hidden away in North Yorkshire, in Hebden Bridge, where lurks one Colin Robinson and his Jumble Hole Clough project. Well, he is also half of a duo called Churn Milk Joan, the other half of which is an ex-pat American loon called Richard Knutson. The pair have worked together for years, and their musical curiosities and accidents are always never less than interesting, if sometimes downright odd… in a good way, with Richard’s more wayward avant garde tendencies mostly being kept in check by his partner’s way with a spartan funk riff.

Neutral Sons is another duo, and this time Richard pairs up with Mark Cottrell, who like Colin keeps Richard from disappearing too deep into his own skewed universe, just. Here, rather than the alien funk of Churn Milk Joan, we are presented with Ry Cooder being drowned in a swamp by Captain Beefheart. It didn’t work as Mr Cooder has had a rather succesful career since escaping the clutches of the mad Captain. Neutral Sons may have been what happened if Cooder had been reprieved, but tied to the kitchen range chez Beefheart, living on a diet of desert dust and peyote mushrooms.

Veering between instrumental oddness and a capella songs about ducks, hidden away in here are the kind of left-field pop songs that wouldn’t sound out of place on a Peter Blegvad album, and others that don’t fit anywhere at all. This strange little collection is actually well worth your time. It’s a “Name Your Price” on Bandcamp, and I’m sure Richard and Mark would be grateful for any donations no matter how small.

By ‘eck lad, they don’t mek em like that any more, ‘appen…