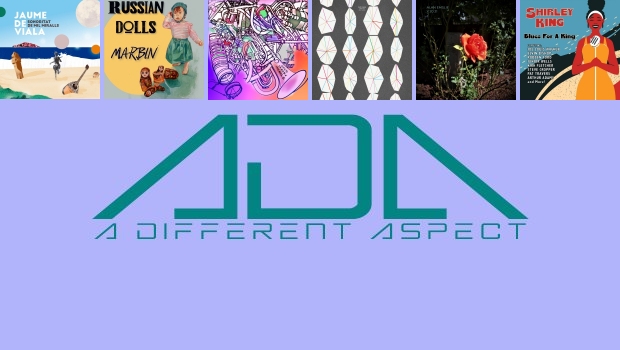 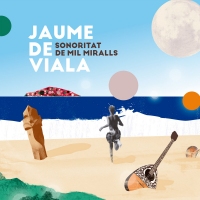 Forty or so years ago, guitarist Jaume De Viala was a member of and main composer for Barcelona band Celobert Màgic,, whose music was described as “Catalan progressive ethno-fusion”, a bit of a wordwang, but pretty much on the nail. Reinventing the group’s music for the 21st century, De Viala has made a beguiling album that is infused with the spirit of Catalan music, but also incorporates elements of jazz and progressive rock, with subtlely complex arrangements where melody is king.

Featuring contributions from such luminaries as past and present MoonJunistas Dusan Jevtovic, Xavi Reja, and Vasil Hdzimanov, and a further supporting cast of highly skilled Barcelona musicians, including the delightful voice of Judit Cucala, Sonoritat De Mil Miralls may not be my usual spiky fare, in fact it’s a million miles from it, but I’m loving it! 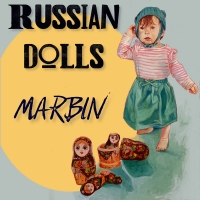 Sax player Markovitch is one half of Marbin, the US jazz-rock band that draws heavily on Israeli musical traditions and deserves the label ‘fusion’ more than most. Derived from compositions in an old notebook found by his wife, some going back 20 years, Markovitch decided there was enough in the songs to make an album, so enlisted the help of musical partner Dani Rabin on guitar and bass (‘the bin part of Marbin’) and drummer Antonio Sanchez to record the seven tracks that make up Russian Dolls.

The title is inspired by an article written by Markovitch’s Ukrainian wife, putting forward the theory that the traditional Russian dolls are not a family of separate individuals but one person with several ‘selves’ nestling inside them. He thought it appropriate because the tunes were written at various stages of his life when he was a different musician, “a kid that had just picked up the saxophone and was becoming obsessed with it, a soldier suddenly inspired on his weekend at home from the army, a new immigrant to the US living in Chicago”.

The seven tracks that make up this short, 35-minute album that may be a bit of a disappointment to Marbin fans who were drawn to the band by the combination of not only Markovitch’s warm, expressive sax but also Rabin’s muscular but nimble guitar work. Here, Rabin plays a muted supporting role, frequently restricting himself to bass, while the sax takes centrestage.

Sometimes the compositions sound overly traditional and gloomy, such as the opener When Here Become There, or are little more than a repetitive statement of short themes, as in Yellow Roman Candles, but occasionally they really take off to showcase Markovitch’s remarkable ability to scatter around well-chosen notes, like confetti over a newly-elected president.

Generally, though, Russian Dolls is an album for rabid Marbin fans who really want to dig deep into the duo’s influences rather than an essential release. Incidentally, the artwork credits the album to Marbin, but this is Markowvitch’s 35 minutes in the spotlight. 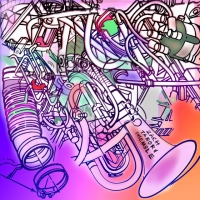 Young multi-instrumentalist and composer Zach Tabori describes his recent EP, Ensemble, as ‘an hour long prog extravaganza in eleven minutes’! That’ll do as a starting point. It has to be said that there are an awful lot of ideas packed into a very tight timeframe on this release, and it’s quite hard to separate the four songs, which hurtle at breakneck pace into one another.

The overriding thing which has to be said is that this EP is very obviously inspired and influenced by Zappa. It’s a bit like a bunch of out-takes from Overnite Sensation, there are Zappa-isms all over it, and yet Zach has created something which is much more tribute than copy. To ram home the FZ connection, Tommy Mars guests on keys and falsetto vocals to magical effect, and Cal Schenkel did the cover.

According to Tabori, he was trying to recreate the sort of thing his band does in live performance in the studio, and it has a marvellous live atmosphere together with an ear for detail. They cover rock, metal, jazz, funk, you name it, and they do it brilliantly. If his live band can play these tight arrangements live, they must be worth seeing for sure. Lyrically, Buy My Shirt explores the LA music scene in hilarious fashion. Elsewhere, for the most part, the music does the talking, and it has plenty to say. 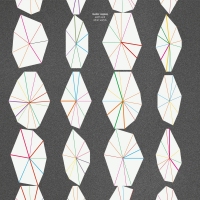 Master Oogway: ninja tortoise, or Norwegian fusion project featuring four young chaps, none of whom is older than 26? Much as I’d like to deconstruct a Kung Fu reptile, it’s the latter under brief scrutiny here. The spotlight is on the febrile interaction between sax player Lauritz Lyster Skeidsvoll and guitarist/composer Håvard Nordberg Funderud, who also like to blow in unison to great effect.

The rhythm section of Karl Erik E. Horndalsveen on responsive double bass, and the deft rhythms and percussive embellishments of Martin Heggli Mellem, is in no way lacking either, it has to be said. The four of them, all recent graduates of the Norwegian Academy of Music, are still displaying the exuberant enthusiasm for their craft you would expect of players so young, and see this their second album released on the highly appropriate Rune Grammofon label, home of quality left-field rackets of all kinds.

Definitely one to watch! 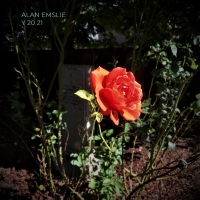 Not quite sure what happened, but apparently 2020 didn’t quite go to script in the Alan Emslie camp. Did I miss something? 😉 Anyway, his planned Witch-Hunt album had to be put back until 21/12/21. Alan explained that his latest release was to feature significant orchestral performances and simply put, those recording sessions were unable to go ahead.

But, not a man to be defeated easily, Alan retreated into Le Studio, Scotland and started work on one of his ‘sonic epics’. Something I first discovered as the title track to his 2018 Obnubilate album. And marvellous it was too.

Described as “…a 20-minute reset for your brain”, Y 20 21 continues Alan’s explorations into sonic manipulations of sound. Chillingly haunting, thought provoking, absorbing, and so much more. Each to their own when it comes to a ‘reset’ – for me it is firmly set within the realms of theoretical Dark Energy and Dark Matter. 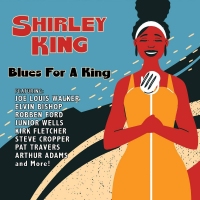 Known as ‘the Daughter of the Blues’, Shirley King is the daughter of the legendary BB King. On this, her latest album, she has gathered a notable line-up of guest musicians to assist her, Pat Travers, Steve Cropper and Martin Barre to name but a few. Shirley has gained a reputation as a respected vocalist in blues circles, and she demonstrates that here.

This album has cover versions from the Temptations, Traffic, Etta James and some blues classics spread amongst its eleven tracks, all coming in at around thirty-six minutes. This is an album which has a classic sounding blues approach, nothing new, but still enjoyable never the less. There is a different take on the traditional blues classic Gallows Pole with guest appearance from Harvey Mandel, also notable is her presentation of the Etta James song At Last.

A well presented selection of songs, and although not really fitting the progressive remit it does deserve some recognition for the daughter of a blues legend and also deserves to be heard. Personally, I enjoyed it.