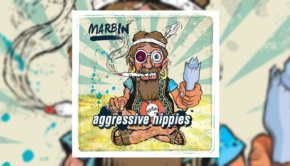 Ah, Jazz-Rock, my old friend, so nice to see you alive and well and thriving in Chicago. As a refresher... Read More →