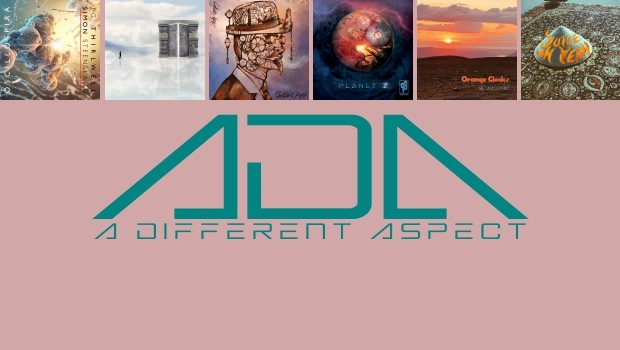 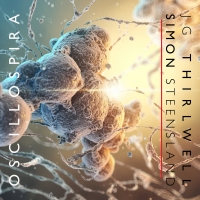 Messrs. Thirlwell and Steensland both have CVs as long as an unrelentingly dark midwinter night, both reading like a who’s-who of avant and experimental musics. NYC-based Australian Jim Thirlwell is probably the more well-known, and is the man behind pseudonyms Foetus, and Clint Ruin, amongst others, and has played with everyone from Nurse With Wound to The The, and all points in between. He has also completed commissions for Kronos Quartet, Great Learning Orchestra, and a fair few other left-field classical projects.

Simon Steensland, from Stockholm, has worked with Thinking Plague, Mats/Morgan, Gavin Bryars, and others, and is “Sweden’s most prolific composer of music for theatrical plays”, with many titles to his credit. He has also released nine solo albums to date, the last being 2015’s A Farewell To Brains, reviewed by yours truly on this very website.

The pair met in 2017 when both were working with the aforesaid Great Learning Orchestra in Stockholm, for whom Thirlwell had written the score being worked on. The pair decided to extend this piece, sending files back and forth, adding layers as it progressed. Steensland got his friend, the highly talented drummer Morgan Ågren, to add his rhythmic heft and percussive icing to the cake, which by now was a darkly symphonic work combining all manner of rock and latterly overdubbed classical instrumentation and voices, all driven by Steensland’s pummelling bass guitar.

The result is a dramatically heavy beast, but one shot through with imagination and passages of musical intricacy, which serve to shine a light into the densely waving black fronds of musical undergrowth. It sounds as if it was driven by a great intent, and is a must for fans of modern classical music, Zeuhl, and RIO in particular, but anyone with an open musical mind should enjoy this atramentous meisterwerk! 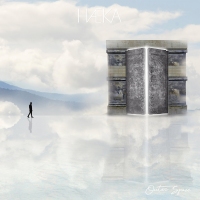 I often don’t read the EPK that accompanies an album for review, as I like to go into the music with as few pre-conceptions as possible. If I do read them, it tends to be after I have already completed my review, and I rarely change it subsequently. In fact, I can’t remember ever doing so before now, but I feel it is worth it in this case. Italian band Hæka have a name that intrigued me, as I assumed it referred to haiku. In fact it is a portmanteau coined by the band to encompass the aspects of ancient Egyptian mythology, ‘Heka’ (magic), ‘Ahk’ (transfiguration of consciousness) and ‘Ka’ (spirit). This all makes far more sense, considering the concept, the artwork, and the lyrics of Outer Space, the band’s debut release, and first half of a two EP sequence.

It’s as much about inner spaces as outer, or at least, where the two can collide when you open those infamous doors of perception. The album begins with the lead single, Stable as Change, which despite its eight-minute length, still feels a little like a TARDIS, cramming more into that time than expected. The various passages and moods seem more like Change as Stable! It also makes it almost impossible to pin down what (or who) the band sound like, but that is surely a good thing, as they are clearly making their own sound. What I really like about this number (and the album as a whole) is that it often sounds so improvisational and spontaneous, even though I’m sure a great deal of thought went into its composition and structure. There’s a free-flowing stream of consciousness feel to the music that not only fits the concept of the album, but is incredibly enjoyable to listen to.

The use of both male (Vitorio Zambon) and female (Marta Ceccarini) vocals is well done, though I have to admit I find Ceccarini’s far more expressive. Both of these two play guitar as well. As I understand it, Ceccarini has moved to the UK, and is listed in the EPK as a collaborator for the second EP. Given how much she brings to the music, I sincerely hope her collaboration means just as great a presence on the second EP, as she provides on Outer Space. But she is certainly not the only attraction. I absolutely love the rhythm section of Alberto Gugielmo (bass) and Jacopo Scibilla (drums) who deftly and nimbly transition through the multiple time signatures. They are placed well in the mix, so it’s easy to enjoy their presence, and sometimes I realise I am listening more to the rhythm section than anything else, so on the occasions where they drop away it comes as quite a shock! Based upon this debut effort, Hæka are definitely a band to listen out for! 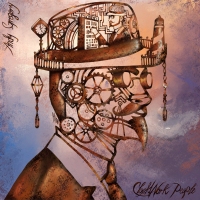 Andy Gregory is a new name on me, a London-based guitarist who, on the basis of this all too brief EP, is quite an exciting talent. Alongside the exemplary support of Alex Kempson on bass and Ayman Sinada on drums, Gregory whips up a storm on his guitar. He tends to inhabit the shredding end of the sonic spectrum, but each of the three compositions on this release contain so much invention in terms of style and technique it is a dizzying listen. There are time changes aplenty, brief pauses, moments of melodic respite before another crunching onslaught.

If pressed to find a musical comparison, I think Animals As Leaders probably comes closest, but Gregory packs more variation of mood and atmosphere per minute on this outing. All three tracks are excellent, and as a debut prog metal release, this is simply outstanding. The production courtesy of ‘the genius called Sam’ is top notch, and I am now eagerly awaiting a full album. 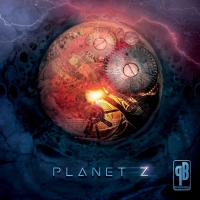 The tanks that dance have relocated to Planet Z and, wherever that might be in the universe, I need to be there. And I’m not the only one it seems, as the opening track features former Planet X drummer, the mighty Virgil Donati. Incalculable shifts in metering, interstellar guitar, all inexorably bound by interconnecting filaments of sax.

This is inventive, muscular music that demands to be listened to, and preferably LOUD. I would however suggest, it is not suitable for romantic candlelit dinners, or migraine sufferers, although it may be very effective in clearing out the hangers-on at the end of a party…

The mayhem continues with the tongue in cheek Who The Jack Is Migger?, and an ideal point to bring in the drummer who always seems to have a smile on his face, Marco Minnemann. Rip roaring interactions once again, along with the Panzers’ trademark sense of humour…

Now it would be oh so easy to wax lyrical about the raging battles of the quintuplets and sextuplets, or the insane complexity of the music from Planet Z. However if you can’t be lured in with a hundred-plus words, a thousand won’t be nearly enough either. So… awesome album, awesome musicians, awesome compositions. This is WT? music, and you are going to love it, or not. I can’t see any “it might grow on me” here.

So we’ll check out with track three, Mind Your Head and a brief snippet featuring the wonderful Morgan Ågren… 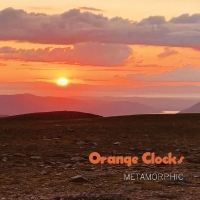 Orange Clock’s 2017 debut, Tope’s Sphere 2, was an ambitious concept album, that promised much, even if it left this reviewer perhaps a tad unconvinced. A little too much narrative and not enough of music for my liking, however the music that was there certainly ticked the ‘look out for the follow-up album’ box.

First impressions of Metamorphic were that is was a distinctly more mature, focused and visceral affair. Following on from their debut, the early Floyd influences remain present, however Metamorphic‘s somewhat stoner guitar riffage expunges all but fleeting thoughts of Mr Gilmour. More a saucerful of stoner, with lashings of Gong, Hawkwind and Ozrics to tempt.

Lasting impressions, Metamorphic comes across as a gritty wah-wah’d guitar extravaganza, a psyche-space rock-fest, replete with relentless pounding rhythms and hypnotic grooves. With so much going on it’s worth noting the Clocks’ have a keen ear for a melody, which keeps the album listenable and focused.

Listening to Metamorphic, you get the impression these guys will be a total blast in a live environment – worth checking out once such events become feasible again. 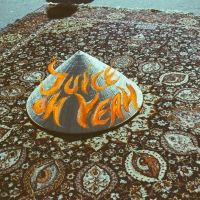 I feel a little like a broken record, because I so often point out that what I love about so many Russian bands is the way they draw from musical traditions of both the west and east. Before I even listen to a note of Juice Oh Yeah’s sophomore album, the cover art leaves no doubt that they have been influenced by the east. Juice Oh Yeah is a drum and bass duo who have their own unique take on stoner and doom music. It’s an avant psychedelic prog take, and it’s spectacular. One of immediate differences one hears is the microtonal bending and twisting of notes from the fretless bass of Boris Shulman. It immediately brought to my mind one of my favourite albums from 2020, Giorgi Mikadze’s Georgian Microjamz – even though there is very little that is similar in sound between the two albums. But what they both do is capture some of the sense of history and tradition of the music in these countries that sit on the border between west and east, and give them a modern makeover.

As per the Bandcamp page, there is other instrumentation present (Fender Rhodes, Korg MS-20, guzheng, 12-string guitar, banjo, etc.), but most of the time all you will hear are the drums of Sviatoslav Lobanov, and fretless bass and vocals of Boris Shulman. They take any listener willing to take a seat on the magic carpet of the cover art on a frantic ride, starting with Rels. The following track does slow the pace a little, with its expansive (or should that be mind-expanding) use of space in its introduction. The mid-section is such a glorious mix of western and eastern sounds that you might never believe the Cold War existed – so harmoniously do the sounds of Russia and the US in that time period mesh. The centrepiece of the album is the twelve-minute Mane. Juice Oh Yeah are not constrained by time, geography or genre, and it is almost as if they have set out to prove that in the most magnificent way with Mane. For me, though, I think the band may have saved the best for last, as I love the closing number Vynz. There’s really not a dud on this album though, which is a blast front to back! 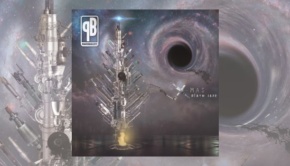