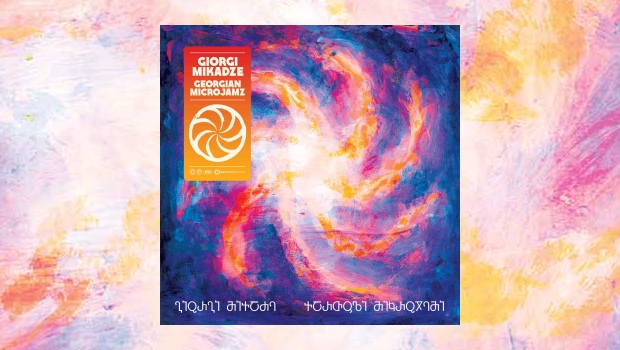 There’s a revolution afoot, and you probably didn’t even know it. Coincidentally, I found out about it from two sources almost simultaneously: the album I’m not quite reviewing here, and an article posted by a friend on Facebook. And what is this revolution? That after almost two decades, MIDI 2.0 has been released. Released in 1983, MIDI 1.0 was fairly revolutionary itself, though in the same understated way that MIDI 2.0 is. That is to say, it’s a quiet revolution that may pass many people by. But just as MIDI 1.0 revolutionised the digitisation of music (which was not a new thing) by providing a universal standard, so does MIDI 2.0 by breaking that standard.

That last statement may seem counter-intuitive so let me attempt to explain. MIDI 1.0 digitises music by placing all musical qualities on a scale with 128 possible points. Now this is fine for most Western music, and Western instruments with a discrete scale such as keyboards. But there is a world of music outside traditional Western music, and even within Western music microtones are often used in, for example in jazz. MIDI 2.0 “breaks” the 128 point scale by ascribing all data to 32-bit values, rather than the 7-bit values of its predecessor. This higher resolution of MIDI 2.0 will allow the full textures, tonality and range of acoustic instruments. A world of music that has largely been difficult to communicate digitally can now be expressed with an ease that just did not exist before.

And why have I not yet even addressed the new album by Georgian artist, Giorgi Mikadze? Well, I’m getting there. Giorgi Mikadze plays a microtonal keyboard on his new album, Georgian Microjamz. I’ll admit, I didn’t even know such a thing existed, and it was when I was exploring the internet for information about this that I came across MIDI 2.0 – and then only a day or so later, saw my friend post an article about the same on Facebook. What I learnt is that analogue keyboards like pianos and organs are actually suitable for microtonal music after all, as their strings and pipes can be retuned as desired. That’s actually so obvious, I can’t believe it didn’t occur to me. Even though Mikadze uses a digital keyboard, which can also be retuned as desired (although sometimes more in theory than in practice, if it is a MIDI keyboard); the biggest problem in playing microtones on a keyboard is not the tuning, but the traditional keyboard design, and while there appear to be several ways of making this work, none look easy. Which makes Giorgi Mikadze’s microtonal keyboard playing even more impressive.

So that is the ‘Microjamz’ part of the album’s title. The ‘Georgian’ part is apparent from the very beginning, with the prelude of Metivuri showcasing the traditional Georgian folk that Mikadze has interpolated throughout the album and into his music, incorporating a vintage recording by Ilia Zakaidze. According to the the PR that came with the album, Georgian Microjamz is, as the title suggests, a hybrid of traditional Georgian folk music and progressive microtonal jazz. But the hybrid is quite clearly skewed toward Mikadze’s original compositions, with any traditional folk pieces serving only as inspiration, and only three tracks on the album being arrangements of traditional Georgian folk songs. I first investigated Georgian folk a few years back, after hearing Profusion’s rearrangement for the traditional song Tchuta Tchani on their debut album, RewoTower. Their reinterpretation is beautiful, but although different, it is still recognisable. (Compare Profusion’s version with, for example, Lela Tsurtsumia’s.) Mikadze deviates further from the source material, but it really doesn’t matter when the results are this good.

Dumba Damba is the first jazz piece, and it’s breathtaking. Mikadze’s keyboard playing is, of course, the main attraction, and though David Fiuczynski’s fretless guitar plays a prominent role, I can’t get over how good Sean Wright’s drumming is. It feels wrong to say it, since this is Mikadze’s album, but Wright’s drums are the highlight for me on this track. The YouTube video shows just how much joy the musicians are having playing this track, and it is equally enjoyable to listen to. After a short interlude (of which there is one between each main piece), Elesa is a more laid-back affair than Dumba Damba, but no less intense. Again, the interplay between Mikadze and Wright is amazing. Towards the end, the Basiani Ensemble provide vocals.

Interestingly, despite Georgian folk music being predominately vocal, there are very few vocals used on this album. However, this means that when they are used, they provide far greater effect than they would if they were more common. I love the sudden explosion of voice toward the end of Elesa. The following interlude is also the first traditional Georgian folk song to be rearranged for the album, and as per the above, is noticeably absent of vocals. If you want to compare with the original, the Basani Ensemble have a performance on YouTube, HERE.

The next song is a deliberate centrepiece of the album, and another track where the sparing vocals are used to incredible effect. Moaning is dedicated to the victims of the 2008 military conflict between Russia and Georgia, and the title is apt. The music, as well as the vocals, wail. Nana Valishvili’s vocals are a cry, and it is no wonder when she is singing a traditional lament for the dead. Moaning is a heavy listen, and definitely not enjoyable in the traditional sense. While I can find myself nodding my head or tapping my toes to the previous tracks, there is a palpable sadness and seriousness to Moaning. And it is almost a relief when it is over, and the next interlude (Racha) begins. It is a quiet and solemn piece, but not at all sad, and gives some respite from the heaviness of the preceding track. I hope I am not giving the impression I don’t like Moaning, as I definitely do. It may not be easy listening, but it is definitely worth listening to.

Maglonia is back to the upbeat sound, and I love Panagiotis Andreou’s fretless bass on this track. And after another short interlude, Kartlos Blues does indeed evoke a blues vibe, though it’s definitely not blues. In the PR, Mikadze states “as musicians it’s important that all the genres have come before us so that we can create something out of them that represents our own voice. Lately, though, genre has come to mean less to me than it used to. But my voice comes from my country.” And Kartlos Blues exemplifies this perfectly. It’s blues, but it’s not, but what it absolutely evokes is a sense of Georgia. The polyphony of Georgia is well documented, and the use of dissonance, drones and microtones in traditional Georgian folk manifests itself on every track of this album. It makes for a truly different listening experience.

The following interlude (Gurian Lullaby), and subsequent piece (Lazhghvash) are both rearrangements of traditional Georgian folk songs. I love the simple beauty of the Gurian Lullaby, followed by the return of the Basiani Ensemble for Lazhghvash. Before I started listening, this piece is what I was expecting the majority of the album to sound like, as it is the most overt blend of modern microtonal jazz and traditional polyphonic folk. I was surprised, but pleasantly so, that the album differed so greatly from my expectations. I was equally surprised when I first heard this track, as after all that had been, I guess even though this was what I had originally expected to hear, I no longer did. And although it is one of my favourite tracks on the album, I am glad the whole album is not of this ilk. The impact of Lazhghvash as the penultimate track is as great as the sparse and sporadic use of vocals. Less can definitely be more.

The final track, Tseruli, is a glorious finale, and so incredibly joyful I find it impossible to listen to without a large grin plastered on my face. Again, featuring the Basiani Ensemble, and sounding incredibly similar to the previous track, but so very different. It’s like a reprise of Lazhghvash on acid, the folk of the previous track taking a psychedelic trip. This is a such a perfect way to end the album, and once again (as I have throughout), I am in awe of how well the album has been sequenced, interludes and all. Overall, Georgian Microjamz is a vivid and vibrant journey through Georgia’s musical heritage, through a modern lens.