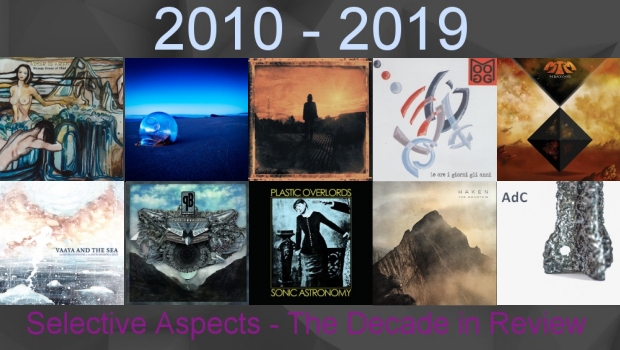 The Decade in Review – Basil Francis 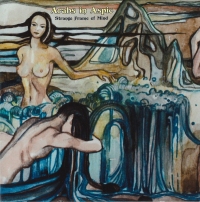 Continuing the theme of prog bands who don’t take themselves too seriously, Arabs in Aspic were firing on all cylinders when they produced their good-natured second album at the beginning of the decade. One only needs to hear the opening ⅞ theme to The Flying Norseman to tell that this will be quite the romp. Combining English and Norwegian lyrics with no discernible pattern, the songs themselves don’t seem to fall into one camp either; Camel-y atmospherics will lead into Heep-y heaviness which will, in turn, lead to Zappa-esque satire with shades of Genesis or Pink Floyd just round the corner. And all of it is done with the light-hearted touch that ensures the album feels brisk and effortlessly entertaining.

Moreover, with the longest song lasting no longer than eight minutes, this is a masterclass in how to write good, concise prog rock. Interestingly, one of the album’s heaviest rockers Mørket would spawn a pair of epic sequels totalling half an hour in the band’s most recent studio album, 2017’s Syndenes Magi. 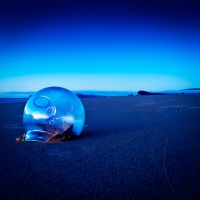 Listening to this band from down under, one starts to ponder what makes them so ‘neo-prog’. Is it the fact that the rhythms are all quite straight, with no jazziness to them? Is it those squeaky clean lead guitar hooks? What about the lack of eclecticism between songs or the envelope failing to be pushed? While it’s easy to get drawn into academic squabblings over what category the group belong to, the quality of music on this album is clearly undeniable.

Catchy turns into epic turns into heart-wrenching on this bold album that pulls no punches. Shades of Pink Floyd are masterfully incorporated into pieces such as the 17-minute The Passing Bell and the epic The Holy Innocent which features a four-minute coda in ⅞ showcasing a beautiful saxophone solo. While it may sound derivative, A Tower of Silence is more like a tower of gratitude presented to its forebears, and what a lovely tribute it is too. 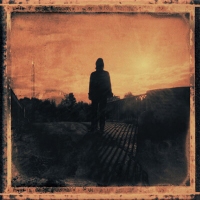 When compiling my list, I decided I’d only include one album per artist in order to give a more diverse selection of albums for you to peruse. That being said, it’s clear to me that two of Wilson’s album easily make my actual top ten, his second studio album Grace for Drowning and 2013’s crowd-pleasing follow-up The Raven That Refused to Sing (And Other Stories), which will no doubt feature heavily in other folks’ top tens. Looking over the two, I had to make the difficult choice of which to include here. While Raven certainly stands as a dazzling, consistent work – if somewhat derivative – Grace for Drowning is the more daring and innovative of the two, and for that, it clinches the victory.

Like Astra’s The Weirding before it, Grace does also suffer from the problem of too much fat, but in perspective, it’s a lot leaner than most double albums. Bangers like Sectarian, Deform to Form a Star and Remainder the Black Dog crowd Disc 1 with their brilliance, while the avant-garde 23-minute epic Raider II takes centre stage in Disc 2. Notably influenced by King Crimson’s oft-maligned epic Lizard, Raider II confidently opens with several lengthy periods of silence which apparently caused audiences to go quiet at concerts too. The lengthy periods of dense, technical prog that follow are sure to keep all fans of the genre happy. 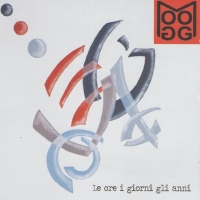 Le ore, i giorni, gli anni could feature on this list for its sterling sound quality and outstanding production, featuring crisp drums, warm bass and keys as well as clear guitars and vocals. Fortunately, this Italian quartet have the chops and songwriting ability to back it up and turn this disc into a shimmering jazz-prog experience. While frenetic moments are peppered throughout the album, this is a mostly laid-back affair though never dull.

The songs all feel organic with the band seeming to know instinctively how to make every moment count. Impressively, the highly skilled drummer also acts as the singer on a few tracks – a feat not mastered by many. In crowd-pleasing style, the band supply a fourteen-minute epic to finish the album, which surprisingly fuses jazz fusion with symphonic prog with considerable success. 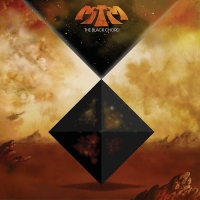 You might have forgotten that Astra released their sophomore album this decade and I can’t say I’d blame you. Astra’s only studio albums, 2009’s The Weirding and the follow-up The Black Chord have such a classic feel to them – no doubt enhanced by the retro instruments and sound production – that they feel as if they may as well have been released in the ’70s. Moreover, with the band’s unexpected hiatus now continuing into its eighth year one can’t help but feel as if the modern world has left Astra far behind.

While The Weirding was an impressive double album – OK, it technically all fit on one CD, but the track times all supported the 2LP format – it suffered from the same flaw as nearly every other double album: too much fat that needed to be trimmed, resulting in some unfortunate unevenness. The Black Chord consolidates the mindset behind The Weirding into the single LP format, trimming that fat and delivering a powerful, driven album that thrills from start to finish. The highlight, of course, is the fifteen-minute title track that showcases everything great about the band in a single sitting. Let’s hope Astra will make their comeback soon. 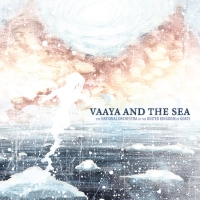 One of the biggest surprises of the decade was the National Orchestra of the United Kingdom of Goats whose atmospherically epic first studio album helped me understand the meaning of soundscapes. Cinematic at every level, never has 43 minutes felt more like an odyssey. Though the album is split into several tracks, it’s quite clearly meant to be listened to as a whole – starting in the middle just feels like cheating.

Organically written songs ensure that you’ll feel on the same page as the band throughout the whole story; musical ideas are allowed to ride out their full potential and are finished when it feels correct. Vaaya and the Sea is also a perfect showcase of how to use dynamics properly, to build tension, to relieve that tension and to move the story along. It’s a pity their third album Huntress was such a disappointment, as I had UKOG pinned to be one of the best bands of the decade. Vaaya and the Sea remains a sonic masterpiece. 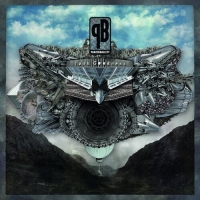 If you consider yourself to be an aficionado of prog rock, you might think you have a pretty high standard for musical technicality. Panzerballett are here to smash through any conceptions you might have of what it means to be a tight, technical and dazzling musical troupe. I don’t think I’ve been quite as impressed by anybody since I first heard their fourth studio album Tank Goodness – the album name happens to be one of my favourite as well. Put on the album and be prepared to be blown away by sharp twists, changing time signatures and complete unpredictability all in the first ten seconds of Some Skunk Funk. Stay for the remaining 47 minutes to experience musicianship on a new level as this 5-piece of German jazz experts find more ways to mangle your mind with all the force of a tank.

Panzerballett are known for their covers too, turning simple pop tunes into dark-jazz-metal nightmares, and (I’ve Had) The Time of My Life does not let down, barely recognisable from the original. The Brubeck classic Take Five also receives the Panzerballett treatment, now filled with more polyrhythms than you can shake a stick at. Tank Goodness indeed! 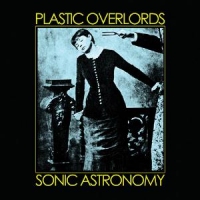 Plastic Overlords follow in the rich tradition of obscure American prog bands such as McLuhan, Babylon and Birds And Buildings of taking everything including the kitchen sink, throwing it together and seeing what sticks. Plastic Overlords differ by having the greatest sense of humo(u)r about the whole thing, with track names like Star Avenger Vs. the Winged Hippopotamus and The Sunburst Going Sour?. Each song on the album is unique and magical, such as A Moment of Silence for Unsynchronized Watches which takes the listener through an onion-like structure, travelling through different layers before repeating those layers in reverse order.

Though it may be prog for prog’s sake, the band are all enormously skilled and pull off a very convincing ’70s sound replete with retro keyboards and melodic bassline. Very tasty indeed. 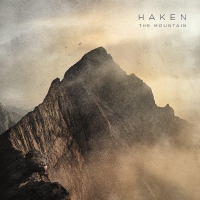 Above everything else we’ve heard in the last ten years, the 2010s were the decade that brought us Haken, the new kings of the progressive metal oeuvre, coincidentally taking over right at the moment Mike Portnoy left Dream Theater. The band’s seminal first album Aquarius – which would have also featured high on my top ten list, if not for my self-imposed rule mentioned above – was released in 2010, which amazingly means any of the band’s five albums to date would qualify for this list, and I’m sure they’ll all be featured in some order. However, the top pick for me has to be 2013’s The Mountain, the most complete, consistent and extraordinary work put out by the group to date. While the band have since followed a more technical, punishing, math-rock route since The Mountain which I simply cannot follow – though I have tried – in the early days, Haken had a talent for blending diverse genres seamlessly to create cinematic soundscapes with epic payoffs.

Nowhere was this more present than on songs like Atlas Stone, Cockroach King and the sublime Falling Back to Earth. Aquarius may have been a more inventive album, but The Mountain is where the band finally found their wings and flew. 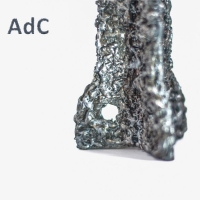 If Panzerballett were able to supply the blistering musical chops and Moogg, the smooth Italian jazz fusion, Accordo dei Contrari manage to take the best of both worlds on their instrumental third album AdC. However, while Moogg were warm and welcoming, the swiftly changing rhythms of AdC give off a sense of anxiety and melancholy, which turns out not to be such a bad thing. Without lyrics to distract from the music, you can expect the cold, bracing rhythms wash over you for a fully refreshing experience.

No pretension here, just some really great progressive jazz fusion, and further proof that the AltrOck label really is one of prog’s best-kept secrets. 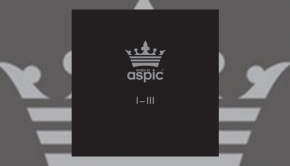 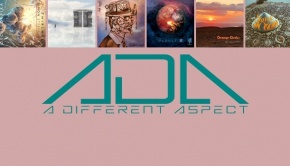