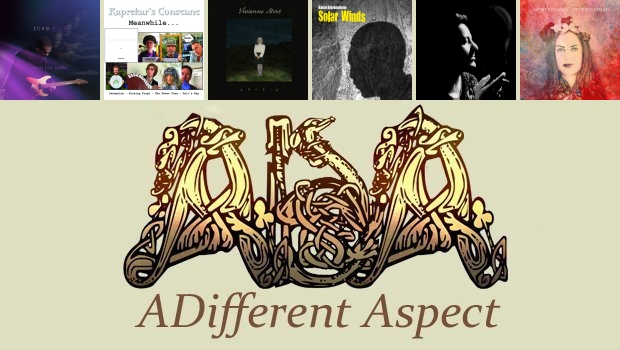 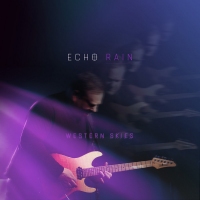 The impressive riffage of Swagger is the standout piece, and will find listeners hitting ‘repeat’. Abraham unashamedly shows off outstanding fretwork in a blistering example of hard rock guitar. Swagger is definitely one for sunny days on an open road with the car windows down and the music blasting out LOUD. The electric guitar is truly Lee Abraham’s ‘voice’ and as Echo Rain he expresses himself with characteristic skill, showmanship and feel. 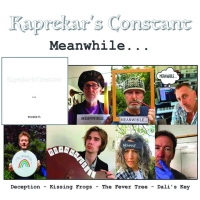 Kaprekar’s Constant follow 2019’s successful Depth of Field with a story-filled EP. Deception and Fever Tree are on the album’s vinyl edition, Kaprekar’s now make them available in other formats, adding two more pieces to complete a fascinating release.

Deception tells the story of Deception Island in Antarctica, used by whalers until a volcanic eruption wiped out their base. Kaprekar’s blend of folk, melancholic vocals and sweeping progressive rock, including David Jackson’s strident saxophone, perfectly conveys nature’s revenge on human exploitation. The Eastern-tinged Fever Tree describes the devastating effect of malaria alongside the trade for quinine throughout history. Jackson’s exotic sax sets the atmosphere in an evocative piece.

Kissing Frogs, about Hollywood starlet Lina Basquette, who survived against the odds, is a showpiece for Dorie Jackson’s emotive vocals and Mike Westergaard‘s delicate piano. Dali’s Key features Bill Jefferson’s excellent vocals, framed in classic early Genesis 12-string guitar and Mellotron textures. Salvador Dali used the hypnogogia technique to access dreamlike images by holding a key which woke him when dropped. Whilst the stories are interesting, importantly Kaprekar’s Constant set those stories in memorable melodic songs. Meanwhile… is another great example of their synthesis of musical and narrative skill. 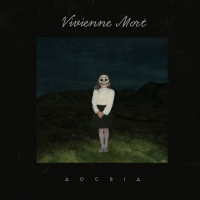 WILL YOU LIKE IT?: Well I certainly did and perhaps followers of Russian duo iamthemorning might want to have a little dabble.

WHO OR WHAT ARE VIVIENNE MORT?: Basically vocalist Daniela Zayushkina and pianist Hlib Protsiv, although this format is expanded into a band and/or with string section depending upon the event.

HOW DID YOU FIND THEM?: Late last year I reviewed Son, the rather splendid second album from Ukrainian band Obiymy Doschu. As the whole album was/is available on YouTube, late one evening I listened through to the end, then, as is YouTube’s way, it progressed on to “related” music and so entered Vivienne Mort, also from the Ukraine.

SO WHAT ABOUT THE MUSIC: Enchanting, dramatic, theatrical, quirky, beguiling and more, well it certainly is here on Aocbia, released in 2018. It is available on various digital platforms – SpotyTunes, AmaGoogle, without a subscription on Soundcloud and the whole album can be heard on YouTube.

I must apologise for the somewhat MATTER OF FACT nature of this review, however my Ukrainian is a little rusty 😉 and unless the language is familiar to you, information is difficult to come by. From what I have gleaned, Aocbia is VM’s sixth and most recent album and VM have been around since 2007. Although unknown in the Western hemisphere, it would appear that Vivienne Mort are certainly a more familiar name in their native country, and if YouTube views are anything to go by, with several topping the 1.5 million mark, very popular. You can hear the full album HERE on YouTube. 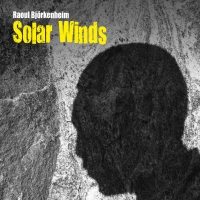 Jazz rock guitar wizard Raoul Björkenheim has made an album in tribute to his musical hero John Coltrane, and the freewheeling and joyful rushes of guitar soloing on here put me in mind of one of my musical heroes, the untouchable Ollie Halsall, from his time with Patto. Which might be why this album puts a big smile on my careworn fizzog. Raoul Björkenheim is an American of Finnish ancestry, and his band on this album is a mixture of Finns and Italians, which just goes to show how good music needs no borders to fully express itself.

The album comprises five Coltrane covers and two originals, which mesh seamlessly into the joyfully interpreted Coltrane canon. The band’s stripped down line-up of guitar, drums, contrabass and violin make for an open and uncluttered amalgam of the purest jazz rock, that swings with an unbridled joie de vivre. It will have you gripping the arms of your chair, or your lover, as you are taken on a rollercoaster ride of thrills and spills. 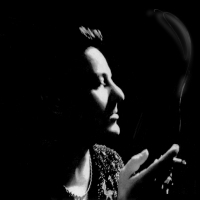 Nick Marsh was the frontman and singer for punky goths Flesh For Lulu, and before this posthumous album I had not heard a note by him or his band. Seems I missed out on a real talent, as on Waltzing Bones, Nick comes across as something of a master of film noir barfly tales told from the bottom of the glass. This was a life well lived, of that I have no doubt.

Just the right amount of darkness coats these lovely nicotine-stained vignettes, as the lyric booklet reveals. Waltzing Bones is an album lovingly put together from finished tracks and works in progress by his partner, Mediaeval Babe Katherine Blake, aided and abetted by a large cast of musical friends, on a myriad host of instruments in addition to Nick’s guitars, basses, melodica, keyboards, cuatro, ebow zither (!), glockenspiel, and percussion.

The somewhat atypical Crazy Eyes stands out in that it is an upbeat rocker, but there’s nowt wrong with that. Clifford Slapper’s piano is something of a highlight on The Day It Rained Forever, and along with Nick’s louche anti-croon, evokes the image of a smoke-filled jazz club in some forgotten cellar, deep into the city. Quite lovely.

Nick Marsh left this place in 2015, taken way too soon by cancer, but he’s left behind a gem of an album. Do yourself a favour and buy it!

“Don’t fuck around with infinity, if you don’t know what it means”. Indeed! 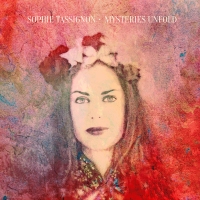 This is a very clever and also extremely soulful album. The songs herein are constructed almost entirely from the lone voice of Belgian-born, Berlin-based Sophie Tassignon, with just the barest use of electronica cake dusting. Multi-tracked harmonies conjour choirs from above, percussive rhythmic breathing, “instrumental” embellishments, all originate from that one voice. The listener soon forgets the staggering technicalities that must have been involved in making this thoroughly engaging album, and is taken on a trip into the multi-faceted emotions of human existence, and humanity’s ever-questing spirit.

Over the last twenty years, Sophie has had a varied career, releasing eight albums with various projects, and she also leads her own ensemble, Khyal, “which blends jazz and Arabic poetry”, says the PR sheet. That sounds like something worth investigating, but for now I’m lost in her first solo album, which is always revealing more on each listen.

Sophie’s hymnal, near ambient choral Descending Tide precedes her take on the American Gothic folk of Cowboy Junkies’ Witches and turns it into an acapella folk song replete with some gorgeous harmonies and Sophie’s soaring lead vocal. The album closes with the title track, which is the closest to a song in recognised form of all her original compositions, and a lovely thing it is too.

Another “must hear”, we spoil you!