‘Twas the night before New Year, when all thro’ the house
Not a creature was stirring, not even a mouse;
The boxes of chocs by the chimney were bare,
A witness to waistlines no longer there.
The youngsters were out on the town drinking gin,
Blurred visions of fireworks making them grin.
But here in the warm are more treasures to hear,
A new Different Aspect to bring you good cheer
With various sounds from all over the world
And a hearty ‘Best Wishes!’ from all of us at TPA to all of you.
Happy 2018!


Bigfoot hail from sunny Wigan in Lancashire and are a heavy rock band with dual guitarists and a thunderous rhythm section. Their website shows them to be a hard rocking outfit with influences from The Eagles to Pantera, many of which can be heard on this, their debut album released on the Italian Frontiers label.

They open with a strong statement of intent on Karma which continues through all eleven differing tracks to epic closer Yours where a steady bass line gives way to crashing guitars, in tandem, with a power ballad feel. This could be a killer song live, which is probably where Bigfoot are best seen and heard; guitars and singer wail and the drummer hits lots of drums – hard – making for an impressive debut that surely heralds bigger things for this band. Also of note is the reggae – yes, reggae – influenced I Dare You which is intriguing and entertaining in equal measure.

On the strength of this I declare Bigfoot a band to watch over the next year as big things must surely await them. 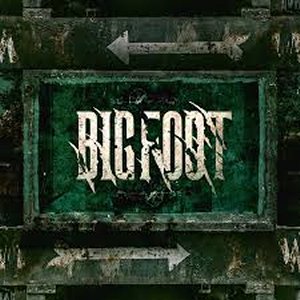 A second album for TPA from Roland Bühlmann’s studio, after 2014’s Aineo, his first release. Still working alone, Roland has produced another album that may peak some interest if the listener is in the mood for ambient chill.

The outstanding tracks are the title, Bailenas, and one other, Zammeru. Whilst there is nothing unpleasant about the remaining tracks, the album lacks the variety of Aineo. I still feel much would be gained by working with other musicians. There is another great image on the cover, by Igor Glushko, but more variation on the content would be a benefit for me. However, this is not a bad album to relax to. 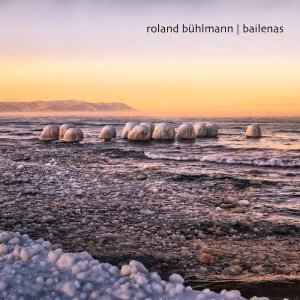 With an ’80s Rush sound this is fine stuff that is really crying out for both an epic track and also for a full length album. It is an interesting albeit brief listen as just when things start to get going it finishes and this is certainly a release that I would love to have heard a lot more of. Second track, Letter from the Skipper, continues the Rush-like groove with an Alex Lifeson guitar part which sound terrific. The Unravelling opens with a strong bass flourish and whilst the drummer is no Neal Peart he certainly has a good swing to his playing and that makes this another compelling track with a fine growling bass part. A strong track that bodes well for the band’s future. 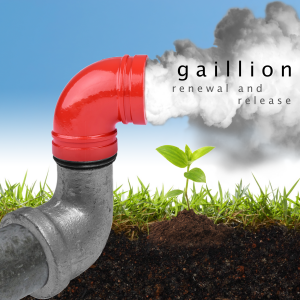 Lorelei has a strong rhythmic drive to it, with good lyrics about a sea voyage, while The Focal Point brings this brief EP to a very pleasurable close, from a plucked bass line and more Lifeson-like guitar this is a fine little mid-tempo song that shows great potential for the future.

This is a band that I would like to hear more of, and if you liked 80’s Rush like Power Windows or Grace Under Pressure you will find much to like.

Colour Haze – In Her Garden
by Shawn Dudley


While Munich, Germany isn’t exactly ground zero for the stoner rock scene, that hasn’t stopped Colour Haze from being one of the finest ambassadors of the genre for over 20 years. While their core sound has morphed away from the overtly Sabbath-influenced strains of their early material to a more laid-back hippy/psych sound, their love of stretched-out jams, improvised solos and fuzz-heavy riffs are still wildly entertaining.

Guitarist Stefan Koglek is the engine that drives In Her Garden and his inspired, earthy playing is consistently on-point throughout, ably assisted by the tight rhythmic unit of Phillip Rastofer (bass) and Manfred Merwald (drums), this lineup remaining firm since 1998 and their many years of playing together is immediately discernable. Self-recorded by the band in their rehearsal space, the album creates an intimate fly-on-the-wall experience for the listener; it truly does sound like you’re in the room with the group. 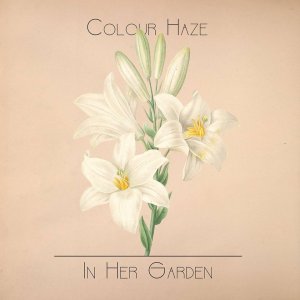 This style of music is all about the “build”, starting with a groove and then slowly adding layers and upping the intensity as the piece develops. Naturally the most successful tracks are the longer cuts which allow the band more real estate to roam. Highlights include the Hendrix-inspired joy of Islands, the adventurous Lotus which adds strings and choir to the mix, and the album closing barn-burner Skydance.

While not breaking any new stylistic ground, that’s really not the point of groove-based music; it’s all about the authenticity. In Her Garden gets my stoner stamp of approval.

This is a very different and unusual CD from Transport Aerian (Hamlet and his colleagues). Dealing as it does with states of mind and mental illness, this is a particularly difficult listen but one that rewards the effort hamdsomely.

Of interest is the five part Abstract Symphony which sees a group of musicians playing randomly and without any guidance or music to work from, improvised using vocal cues and a series of photographs. The results are both discordant, interesting and bold, yet somehow and surprisingly it sounds very effective and valid.

This is a very brave and imaginative release that certainly draws the listener in with its mix of styles, from folkish to rather metallic, there is much to appreciate here and some great violin work throughout too.

I rather like this and it certainly deserves a wider reach than it will probably receive. 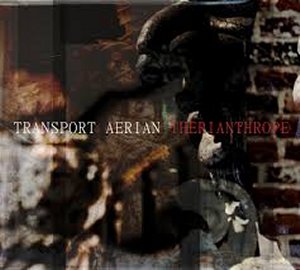 
This is the debut album from Bergen, Norway based hard rock band Howlin’ Sun, due for release in February 2018 on Apollon Records.

The ten songs are fine Nordic hard rock with a bluesy tone, a fairly straight ahead blues rock album with lots of loud guitars and a singer with a good range and tone to his voice. They crank up the Marshall’s and let the Gibson’s roar often, and very well too. You can spot all the usual influences from Free to AC/DC, but it’s all delivered with such aplomb that one can forgive the obviousness.

There are some good songs on offer here too, like the sprighty Yellow Lit Road and Strange Night for starters. This is a band to look out for as they have the talent to make it big and this debut is a pretty good way to start.

Very entertaining and enjoyable overall, it’s a good effort, although it could do with an epic long track on it too. 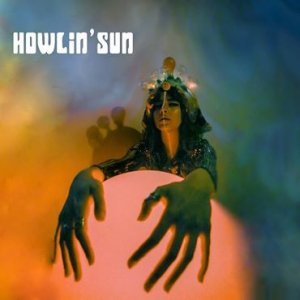