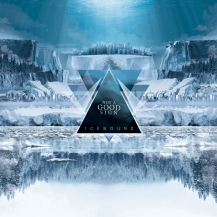 A few months back when I was on my reviewing hiatus, I won a copy of this album for guessing the title from a magnified shot of a small section of the cover, so despite me having scribbled copiously about Not A Good Sign’s previous two releases, it never got the full review treatment it undoubtedly deserves.

Not A Good Sign are a damn good Italian eclectic prog band led buy keyboard wiz Paolo “Ske” Botta. Due to the ongoing troubles at AltrOck they put out this, their third album, independently.

The departure of left-field guitarist Francesco Zago after the wonderfully jagged second album From A Distance has meant Paolo was given free reign with his seemingly limitless array of keyboards, with new guitarist Gian Marco Trevisan playing a more subdued role. Paolo’s arrangements are at times bewildering, but hey, this is proper prog, after all! David Jackson of VdGG fame makes an appearance too, on the gorgeous Trapped In.

Icebound is by turns and sometimes simultaneously; epic, complex, baffling, chilling, heavy, and utterly ludicrous. You name it, this Italian bambino has chucked it over the side of the pram. This is the kitchen sink at warp factor 11. If you’re a proglodyte you need this in your cave. 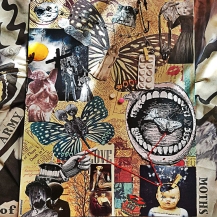 I think I read somewhere that this band are Scottish, though I can find no confirmation or otherwise of that now I’m actually paying attention. Caledonian or nay, they make a fine psychedelic-pop-punk racket, with a neat line in lyrics, and are possessed of a neat self-deprecating line in PR blurb. “No one had actually asked them to do this, nor did they choose to stop upon request from their friends and loved ones, when word got out that they were undertaking such a horrid endeavour. But here it is, the ‘thing’ that you were warned about.”

Rather good it is too, and nicely noisy. They even branch out into cinematic grandiosity on Midas Seize The Sun, and the final track So Long clocks in at a surprising eleven and a half minutes, given the concise nature of the rest of the poptastic missives on the album, which vary from under two to over six minutes. As it turns out, So Long is something of a modern psychedelic pop epic, and it chugs along in a determinedly deranged fashion, with a “hidden” reprise recorded at sunset in the madhouse. For some reason, mostly unconnected with the actual music, this escapade reminds me of Julian Cope, which is a good thing.

Oh…and the glorious melange of imagery on the cover is down to the band aided by the help of the very talented Mr Nick Prol, who “Rumour has it… grew wings after this ordeal, much to his surprise and certainly against his will.”

If you dig the noise made by Cardiacs and sundry offshoots, or psyche-tinged pop in general, you should find auditory pleasure aplenty in these here zeros and ones. 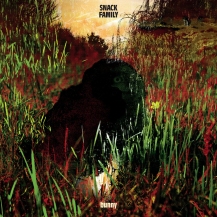 Some albums groove, some don’t. This one certainly doesn’t, and even a rare slow Gothic horror number like Repeated Views sounds like it will soon burst through your speakers and stomp your head into the floor. Having said all that the pummelling crashing rhythms of Lonesome As The Burning Sun are actually quite catchy. Imagine 1990s Micael Gira fronting a RIO band playing Glitter Band glam rock with mallets, if you will. For all that there is a perverse appeal in banging one’s head against the wall until either it or your head crumbles… isn’t there? No? OK, you’re probably right. Surprisingly the slower, creepy swamp-rock vibe of Repeated Views continues into the near-title track I Am Bunny, and I must admit I prefer this version of the band’s sound to the earlier unrelenting nature of this beastie. We even get a mellifluous but dirty laid-back sax break.

As the album burrows into one’s cranium it really is remarkable how similar guest vocalist Seaming To’s baritone and intonations are to the Swans’ front man, although I’m sure it’s not deliberate, he just sounds like that. Love My Dog sees the return of the padded cell glam rock, with Andrew Plummer barking away – not literally, I hasten to add – and the band lurching around like a St Bernard after a cask of rum. This animal has no care or idea what it’s breaking as it blunders about.

Don’t put this on if you have a headache. 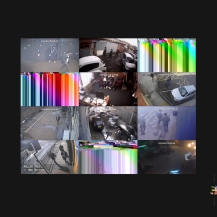 An infectious mix of jazz sax blowing, some of it quite “free”, electronica and beats that is far more than the sum of its parts which individually are nothing out of the ordinary. I defy you not to tap your feet to Mad Dryad, which has a similar North African/European vibe to French band uKanDanZ. Elsewhere the electronica skims across seas of ambience that are rescued from the soporific ocean that much of that kind of music gets lost in by the organic nature of the often skronking sax, and the rhythms, provided either by a low end groove or skittering beats, or both.

Nobody Wants To Run The World entertains a suitably menacing backdrop to some energetic sax blowing, as we near the end of an album that has covered quite a bit of ground. This Leeds-based trio are now up to their third album, and have already been nominated for a Mercury Prize, so they are a name to keep an eye and an ear out for. 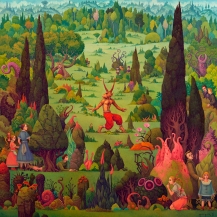 If nothing else, this studious little album has the best cover of the week, which is lurid, surreal, and highly detailed, just like the music. The magic is in the detail, as opener Serafini’s Cat saunters homewards looking far too pleased with itself.

Jaunty melodies aplenty featuring sax and violins, the former played by Leila Henley, who also adds beguiling wordless vocals to the mix make for a nicely stimulating journey, occasionally stirred up by restrained angular riffs from Mohadev’s guitar, kept to a minimum so as not to upset the delicate mix. Mohadev gets to show his not inconsiderable chops on the foot-tapping Nerve Hurdle, connecting all the correct synapses in the process.

Also featured are cellos in addition to the usual rock instruments plus synths, weaving intricate patterns in a lighthearted RIO fashion without ever becoming repetitive or formulaic.

Stop Motion Orchestra are based in Austin, an island of sanity in the middle the vast tolerance desert called Texas. Let’s hope they make frequent attempts to escape to more accepting pastures. 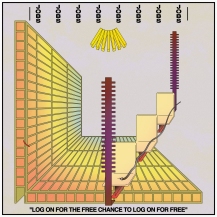 JOBS started out in a “tiny closet in Manhattan” under the name of Killer BOB, which is as good a name as any I’ve read lately. For this one they decamped to the wide open spaces of Santa Fe and made a fractured and very psychedelic album, where ancient clockwork toys frug in a peyote-inspired Rothko landscape.

The songs, most of which have a structure akin to a humanoid simulacrum with reversible knees, are occasionally linked by untitled proto-industrial sound collages. One such leads into Recent Requirements, which features looped wailing and gnashing of teeth and lyrics, and a toy guitar break played by an over-excited chimp.

The eight-minute A Path is the album fulcrum, and it leads the listener into a hypnotic looped universe where repeated vocal lines seem to morph into something else while remaining unchanging, Halfway in a tacked on instrumental section uses the minimum of notes on bass and piano to once again bamboozle this listener. Near the end, Cable To The Sky is a rare peaceful interlude, sounding not a million miles from Beck during his techno beats phase.

This is all quite mad, and quite right too. Perhaps the desert setting inspired the Beefheartian lunacy herein? Whatever, Don would either be smiling down on JOBS or cursing the very ground they crawl on. Either is an achievement in my book. As another fan of the Captain once said “It’s very hot in here, what are they trying to hatch?”