Everyday on my Facebook feed I see unsolicited posts about releases I’ve never heard of. Some are sponsored, and some just seem to be there because a Facebook friend has interacted with their page, even if they’ve not shared anything from it. I have a never-ending “to listen to” list, that only ever seems to get longer, no matter how often I check things off it. Because of this, I very rarely (practically never) follow the links from those posts.

Over the last couple of days, I’ve followed them. Three of the releases from bands completely new to me did so impress me, I was more than happy to tap that ‘Like’ button. The only problem I foresee now is that by liking these posts, I can’t see Facebook’s algorithms not having paid attention, and I could well be opening the floodgates to even more sponsored posts, and similarly unsolicited suggestions! 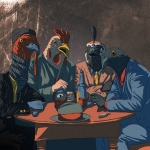 When a band describes themselves as ‘djazz’, they have my interest. And Bird Problems live up to the intrigue they provoked. Bird Problems play a mix of jazz fusion and prog metal, with occasional bouts of more aggressive djent or metalcore. The fluidity with which they blend and bounce between genres and styles is impressive. The band sound like they’re having a lot of fun making the music, and I definitely enjoyed listening to them. NH

A curious amalgam, but as Nick says, this makes for an interesting and varied listen. The contrasts are what makes this a compelling 20 minutes or so from the Canadian band, who should appeal to fans of fellow Cannucks Half Past Four, and of the more well-known Bent Knee. I can’t really add or critique Nick’s thoughts on this one. RT

The first EP of a trilogy from Daïda, who play a modern jazz fusion with an electronic bent, and based on how enjoyable this is, I can’t wait to hear the rest! If you like the nu-jazz of, for example, GoGo Penguin and The Comet Is Coming, it is well worth checking Daïda out. It is when I make discoveries like this, that I’m especially grateful for the placing of unsolicited posts in my feed. Though every musician in the group is fantastic, I’m especially impressed by the drums and trumpet of, respectively, Vincent Tortiller and Arno de Casanove. NH

Nick says this very short EP is the first of three, which is good to know, as I’m a sucker for nu-jazz laced with electronica! My only gripe about this release is that none of three tracks is long enough to properly take off, although they each contain some interesting sounds. Opener La Nova hints at the expansive music this band is capable of, and second track Une Vie Pour Eux goes off on a space voyage of big beats.

For once, this does not come from London, but from across La Manche in Paris. It seems the scene is spreading, which is a better thing to have infecting the air than the current bug of choice, for sure. RT 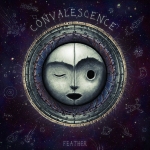 There seems to be a new wave of instrumental music centred around djenty guitar compositions that, while highly technical, are designed to evoke atmospheres. You’ll know the type of thing I mean when I start naming names: Plini, David Maxim Micic, Gru, Jacub Zytecki, and Sithu Aye. Now add Anthony Stinson to that list, performing as Feather. And I have to say I like what I hear here, more than anything I’ve heard from any of the aforementioned. The post-rock and ambient qualities of Convalesence really help this album shine… NH

The first full album in this list, Convalesence starts with a new-age Floydian vibe of haunting organ chords and voices off, that is different enough not be dragged under by cliché. More post-rock than prog, post or otherwise (it seems Nick’s love of genre definitions is catching!), I fail to hear any djent in here, although to be honest, I’ve never quite got a handle on that term. Certainly, what is described as djent has me running for the hills, mostly, and this album has not managed to be that off-putting.

The music is certainly very technical (is that the “djenty” bit? Help!), and I find it a tad cold. Heck it’s almost like I’m looking for a reason to dislike it. I think it just “is”, no more, no less. The first couple in this list float my coracle better. Next… RT 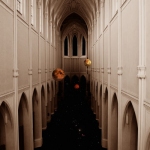 The second of three EPs, intended to be released at regular intervals. The first came in August, and this in December, so one would assume Exposition III will be arriving in April. The band has a playful pop prog sound similar to Norwegian bands 22 and Maraton, but if I were to make comparisons to more well-known bands, they sound like an incredibly enjoyable combination of The Mars Volta and My Chemical Romance, with a soupçon of Unknown Mortal Orchestra. NH

The Mars Volta?! If you insist, Nick, but with all the edges smoothed off, as if put through autotune like they’re aiming for the charts, scuppered by having an octopus on drums. Different, I’ll give it that. RT 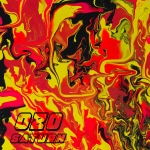 There are three releases which I’ve especially enjoyed, from my following links from Facebook posts. This is the second of the three, and it is so very good. Entirely instrumental, and I suspect entirely improvisational. This is some marvellous free jazz freakery. It’s exploratory, expressive, extreme, and all-encompassing. Words can’t adequately describe the aural assault this release delivers. It’s hard and fast, and heavy and loose. It’s marvellous. NH

A fine old racket, improvised sludgy spacerock inspired by Hawkwind at their most feral, amplified by 207 and played at Warp Factor 7 that should really only be let loose in a crammed, sweaty pub cellar where your hearing is sacrificed on the altar of ROCK, and can feel the bass more than hear it. If Teeth Of The Sea were metalheads rather than bangin’ clubbers, they would sound like this. The drummer is fuckin’ MENTAL!!! RT 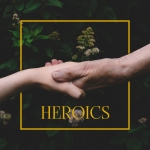 This is just awesome. I’d never heard of VASA, and once again probably never would have had they not appeared in my FB feed. The tags on the Bandcamp page give no indication of just how joyful and vibrant the music VASA make is. Post-rock has a tendency to be solemn, dour and melancholic. When VASA play it, it’s neon day-glo and celebratory. And whoever said maths isn’t fun hasn’t listened to VASA’s math rock. It’s bouncy, it’s bassy, it’s unbridled energy and enjoyment. There are blastbeats and breakdowns, but what there are most are grooves. Great big Heroic grooves. Oh man, I love this! NH

You can tell by the way my contributions are wilting that I’m losing the will to live. This had better be good…

Nick says this is awesome, let’s see. Oh, they’re from Glasgae, so I better watch my step. Luckily I quite like it, with its punky whips and Husker Du put through a mathrock grinder. This is the sort of thing that were I to see it live I would wish I was half my age. It makes me bounce of the walls just sitting here.

The guitar(s) sometimes poke the ghost of Stuart Adamson, which may just be my imagination, but there is no doubt the whole thing is burning with energy in a way that scares the shit out of this almost pensioner. I like it! RT