As we sail further and further into 2022, a chance to check the manifest, clear the decks and pick up on some of last year’s releases that slipped through the net… 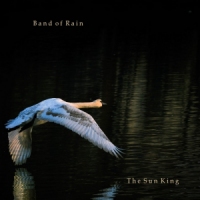 Back in March 2020, Band Of Rain released their seventh album Petrichor, and although six previous albums existed, this was in fact my first introduction to the band. As I remarked in my review of Petrichor, barring a couple of tracks, the album was a bit of a slow burner for me. Since then however, and over past year-and-a-half, it has received numerous plays and become a firm favourite. So I was more than happy to take a listen to album number eight, The Sun King.

Kicking things off is Distant Land, which I have to say would have fitted comfortably onto Petrichor. Opening with a brief a cappella before Chris Gill’s fluid arpeggiated guitar and Jon Camp’s redolent fretless bass bring back memories of the previous album. The first noticeable change is in the vocals, with Robert Webb taking on, not only the keyboards, but also the vocals. Now as Matthew Corry had done such an excellent job on Petrichor I was a tad apprehensive about his absence here, however Robert Webb’s more delicate vocal delivery sits rather comfortably and offers an engaging and soothing contrast. Similarly As The Crow Flies also has a familial sound with drummer Zsolt Galantai providing the solid backbone this time around, while Messrs Gill and Camp add flowing textures and drive, in equal measures.

The Sun King is an album of two halves, with the first four tracks vocal, whilst the remaining tracks are instrumental, (barring the narration on track 5). Musically and thematically however, the two halves meld together cohesively, so the ’60s psychedelic vibes of Taking the Long Way knit neatly together with Once A Hippy… and 68 Carnaby Street denoted as “A journey down this iconic street back in 1968”.

Although written, conceived and recorded remotely during lockdown, The Sun King retains a holistic, band feel, aided perhaps by the experimental approach to the music – especially in the instrumentals. The title tune, for instance, captures Band Of Rain’s sound, however Robert Webb’s strings add another dimension and his classical piano fugue flourishes toward the end are rather sublime. Similarly, the keyboard arrangements during Gospel Oak, although subtle for the main part, are integral to the track and once released, rather majestic. Gospel Oak, the album’s ‘epic’, is dedicated to Jon Camp’s fellow Renaissance bandmate John Tout – Camp’s silky fretless bass makes this a fitting tribute.

As this review draws to a close I’m mindful of how little I’ve mentioned Chris Gill, especially as Band of Rain has been his project for the past twenty years. All I would say is that his guitar playing is an essential ingredient throughout The Sun King, and it is a testament to Chris that the album is more about the music rather than just one instrument. 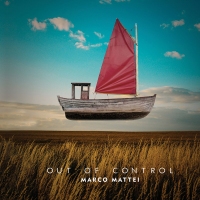 Given that Italian guitarist Marco Mattei’s debut album was released on Trey Gunn’s 7D Media label and features such luminaries as Tony Levin, Jerry Marotta, Pat Mastelotto and Chad Wackerman, then Out of Control is certainly not the album I anticipated. It’s a very enjoyable album, in fact it is a great listen, it just took me a little by surprise.

According to Marco, “Out of Control is a multi-facet collection of intense, emotional songs.” It is also a concept album which lyrically revolves around “things we cannot control such as the place and time we are born, the color of our skin or the people we meet during our life”.

First thing to say is – if you are going to listen to Out of Control, then listen to the whole album before trying to come to any conclusions, as it is a truly diverse collection of tracks that defy simple classification. However, in an attempt to offer some insight, let me touch on some of the tracks from across the album…

Would It Be Me could be anchored in the early ’70s with its ear-friendly melody, psychedelic acoustic vibe, organic tumbling drums and eastern-tinged instruments. Picture In A Frame, on the other hand, is more of what I had “expected”, with nods towards King Crimson, the notion supported by having Tony Levin on bass and Pat Mastelotto on kit for this track. In contrast is the dreamy, folky I’ll Be Born, a ballad with acoustic guitar, airy flute and whistle embellishments. Similarly, Lullaby For You follows the acoustic trend but adds a country-folk vibe with the inclusion of pedal steel guitar and fiddle.

As we hit the mid-point of the album, it might be anticipated that it isn’t really going to take any major turns, but all such notions are dispelled with the rocking Anymore. Or are they? Tomorrow takes us to the American South with resonator guitar, acoustic instruments and slide guitar. The crucial track here is Void, bringing to mind David Gilmour’s solo work. At a little under seven minutes, the track has scope to expand, which it does very effectively, developing into a somewhat twisting beast. Whereas the all too brief After Tomorrow neatly links us back to Tomorrow and the album concludes with the only track not written by Marco. Here Marco allows himself the freedom to let rip with an excellent version of Andy Timmons’ bluesy classic Gone.

Considering the numerous stylistic variations, different vocalists and line-ups employed across the album, there’s a very consistent flow to Out of Control. Like I said, you’ll need to listen to the whole album to get the full picture. 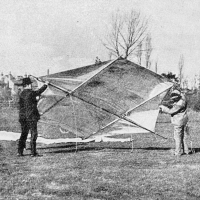 Given the calibre of this line-up and the quality of the five songs on this EP, I’m quite surprised there hasn’t been more commotion surrounding this release. So for those who missed the initial press, The Kite Experiment is John Mitchell on piano and voice, Craig Blundell on kit and Chris Hargrave on guitar, none of whom should need further introduction here on TPA. Well, perhaps Chris Hargrave, best noted for Fishtank, a collaborative project with vocalist Talitha Giusti, who released their debut album Why Am I Swimming Around Like This? in 2017.

The Atmospherics EP, released in July, sees the boys kick off with the summery upbeat Temple Road, which to these ears sounds like Don Henley has hitched a ride with Go West, picking up Alex Lifeson on the way. Craig Blundell drives the track, as he does throughout the EP – what a great calling card. The trio employ a similar winning formula in the equally up tempo Alpha Omega, featuring another earworm melody. Gosh, these tracks are contagious.

The rhythmically contrasting The Bridge is enchantingly atmospheric, suitably embellished with another infectious John Mitchell hooky melody, which he so ably brings to life with his dulcet tones. There’s also a splendid quirky bridge, followed by a brief but tasteful solo from Chris Hargrave, finally giving way to the repeating choruses. Take a listen…

I pondered why John hadn’t released this EP under his own name, as it might have garnered greater attention. Perhaps recognition of Chris Hargrave’s input, which does offer a lighter, ambient flavouring to the tracks and no more evident than in the ethereal Domus. The Long Roads concludes with a lighters in the air ballad (probably mobile phones these days Bob). The EP is digital only release and available on Bandcamp. 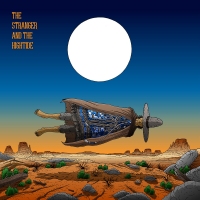 I have to admit to being pleasantly surprised by this latest offering from Norway’s Moron Police. Why surprised? Well despite glowing reviews and my best efforts I really struggled with 2019’s A Boat on the Sea. In truthfulness I couldn’t fault the musicianship, the vocals were strong and catchy, and it wasn’t difficult to hear what others saw in the album. It just wasn’t for me (then). So the release of The Stranger and the Hightide EP, in October, wasn’t high on my priority list. However by chance and whilst listening to Progzilla radio, my ears pricked up with the rather catchy song that was playing. “I’ll need to check out who this is at the end of the track.”

So I need to revisit the Moron Police. The Power of Jesus opens the EP, initially with a brief but effective acoustic guitar passage, before the band kicks in. It’s an immediately infectious acoustic driven sound, with swirling Hammond, complemented by Sondre Skollevoll’s great vocal. Equally engaging is the title track which remains in a similar vein, with a folky, dare I say country swagger embedded into the rock. Totally refreshing and I am absolutely smitten by the quirkiness of the instrumentation here. The frenetic electric guitar dancing seamlessly in a floor full of alluring acoustic instruments. As if to bookend the two tracks, The Stranger and the Hightide takes its leave with acoustic guitar. Nice…

Waiting for Wastelands picks up the heady pace and opaque arrangement that was a feature of A Boat on the Sea, whereas the album’s closer is a delicate track with a wonderful earworm melody and vocal.

I subsequently revisited the A Boat on the Sea and although the jury is still out, the verdict is looking more favourable with each play through. I’m currently working my way through the band’s back catalogue and I’m certainly looking forward to the new album… 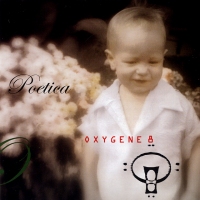 In May 2021 Linda Cushma reappeared back on the music radar with the Rhino EP, the first new music from the Los Angeles based Chapman Stickist, multi-instrumentalist, vocalist and actress. The excellent Rhino featured two tracks, causing me to remark at the time that I hoped this would be the precursor to a longer release soon. November 2021 saw the release of the Stand & Funkernickel EP, again another two track offering, albeit not new material but two re-released tunes to mark the passing, on 1st November, of Emmett Chapman – American jazz musician and inventor and the Chapman Stick.

The two tracks that constitute this EP are taken from the 2003 Poetica album by Oxygene8, which consisted of multi-instrumentalist Linda Cushma, guitarist Frank D’Angelo and former Primus drummer Tim Alexander. Physical versions of the Poetica album are no longer available, but it is available on various streaming platforms – so here’s a link to it on YouTube Music. Well worth checking out…

Stand is the opening track from Poetica and sees the trio employ a hard-edged approach. Across the four-and-a-half minute duration, the track’s groove is taken through its paces, with Frank D’Angelo’s aggressive guitar tearing around the fingerboard. Added to this there’s a few metric ambiguities thrown in for good measure and then overlaid with spoken word from Linda. Equally as intriguing and raucous is Funkernickel, the second offering on the EP. Linda Cushma’s initial ‘Sticking’ is reminiscent of ’80s era Tony Levin, or given Tim Alexander’s propulsive drumming input, Les Claypool. Frank D’Angelo once again takes much of the top-line, bringing to mind Joe Satriani at his most fluid.

Pretty exhausting stuff, but well worth the effort…