Today we present a special “ADA”, which features four albums released earlier in 2019 that I only became aware of a couple of weeks ago, released rather too long ago to get the “full review” treatment. Some, if not all of them certainly would have got the full review had I known about them back when they were released. 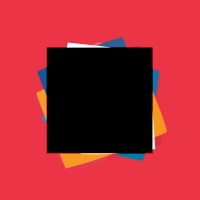 Kinkajous are part of the London nu-jazz scene, a seemingly endless deep vein of creativity that is currently THE musical buzz in the capital, where the resurgence of jazz in all its many forms is probably the best thing to happen down there for… ooh, five minutes at least!

Hidden Lines is the band’s debut album, and it explores a cosmic melting pot of electronica, world music influences, and deep jazz moves, with the swirling keyboards forming a background for mellifluous bass clarinet melody lines that captivate the weary soul on the two-part opener Black Idiom. Some strong ensemble playing throughout lends the album a depth and no little quality.

If you are into The Comet Is Coming’s brand of angsty urban jazz-electronica, then Kinkajous is its sanguine younger cousin. A hidden gem.

PYJÆN are another band that are part of the vibrant London nu-jazz scene, and veer more towards a fusion outlook, but not of the arid “look how technical we are” variety, oh no. That’s not to say the technique is missing, they obviously know their way around a chart, but they do it with an infectious joie-de-vivre that is impossible to resist.

Opening track Nah (great title) swings, baby, and would get any party off to a flying start. Throughout this self-titled debut, which moves down the gears from the somewhat atypical frantic groove of that opening salvo, to a more chilled outlook highlighted by Steve (where do they get these track titles from?), the soul of the music is revealed in scorching trumpet and sax work, underpinned by a guitarist who makes good but judicious use of his wah-wah pedal, in rhythmic harmony with the drums and bass.

Picking up the pace again with the mid-album track Leading The Times, where the plank spanker finally gets to let rip, the album is nicely sequenced, although it never quite hits the heights of the first track. Still worthy of your time though, without a doubt!

Maria Chiara Argirò is a London-based, Italian composer and pianist who has played with Kinkajous and others, and so also has connections to the nu-jazz scene in the capital. I make no apologies for this collection of mini-reviews being totally London-based, that’s just how it rolls. However, this album is a bit different from the others in this piece, as Maria’s CV covers a wide musical spectrum and is not confined to jazz.

Hidden Seas showcases a deeply reflective songcraft, as Maria sings her nautically-themed songs. These songs range from illuminating a deceptive stillness, to full-on turbluence, but always controlled, as if the storm rages on the surface and is being observed from underwater. To The Sea ventures into a highly atmospheric folk territory, and Watery Universe looks up through the water at the raging surface turbulence, scat singing and an agitated bass line adding urgency. It is hard to categorise Maria’s creativity, and this can only be a good thing. 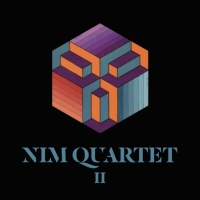 Unlike the first Nim Quartet album, where the line up changed almost track by track, even to the extent of one being by a quintet, and another by a trio, on II the line up is a settled four-piece, so perhaps the band/artist name should be Nim Quartet, not that of the leader, bass player Nim Sadot?

Whatever, this is another infectious slab of that London nu-jazz we’re banging on about. The four players meld together well, and opener Ubermensch is led by a sometimes gloriously warm subsonic bass from the nimble-fingered Nim Sadot, with Nick Walters’ trumpet providing the icing on the cake. Nim’s playing puts me in mind of that modern Bootsy equivalent Thundercat, but Nim’s is a more slinky groove.

Hamish Balfour’s piano and keyboards, which really shine on Miracle Man, add more layers to the cake, and the subtle but solid drums of Laurie Lowe lock it all together to make for a thoroughly delicious 36 minutes or so.