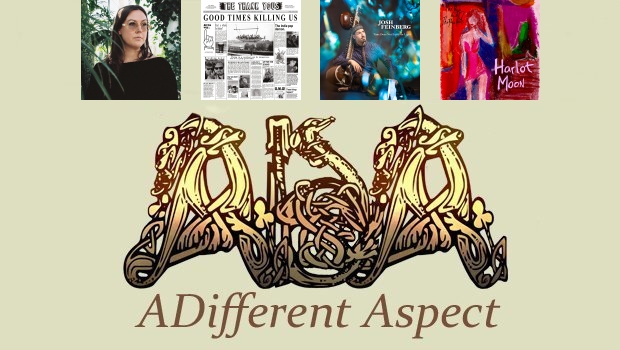 I often feel guilty when a release that comes to me for review ends up as part of A Different Aspect. There’s the worry that, even though it doesn’t mean this at all, it may be viewed as not having been good enough for a full review. The reality is that with so much material to listen to and write about, sometimes it’s simply an exercise in expediency to write an abbreviated review. There have definitely been occasions when I’ve looked back, and wished I had taken more time to write a full review, so an inclusion in A Different Aspect is not at all indicative of a lack of quality. This time, however, I feel less guilt. Not because the releases here are no good, but simply because they are not really progressive enough in any aspect to warrant a full review. These releases truly do show A Different Aspect, and are definitely worthy of your attention, if you enjoy the musical styles of these genres, and are happy to listen to music that is not progressive.

Nadia Reid – Out Of My Province
Nick Hudson 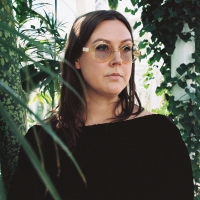 As it is NZ Music Month (this May, as it has been every May since 2000), it seems appropriate to begin with Nadia Reid’s third album, Out of My Province. The title seems to refer to both her global wanderings, as well as a change in musical backdrop. While the past two Reid albums have been all about her voice and her guitar, with any other backing being just that, this new album has no such stripped back aesthetic.

While completely sympathetic to Reid, the backings are now sweeping and layered, with horns and synths if not quite the kitchen sink. These embellishments seem in certain reviews to have led to statements to effect that this is Reid’s prog album. It’s not more prog than Morrissey’s Southpaw Grammar was his prog album (as some reviews claimed), but that doesn’t mean it’s no good.

In fact, as much as fans of Reid, and even by all accounts Reid herself, might have been sceptical about Reid’s music being adorned with extra trappings, the end result is that this might just be her best album yet! It might not be prog folk, but it’s certainly pretty folk, and the full-scale production of Trey Pollard and Matthew White has managed to remain understated rather than overloaded. The songs have been dressed up, but still sound stripped down. There is a feeling of added depth, rather than volume, leaving more than enough room for Nadia Reid’s voice and guitar to remain the focus. 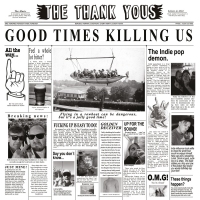 I’ve never been disappointed by anything that’s come to me from Apollon Records, a small label based in Bergen, Norway. I’m still not disappointed, but I am surprised. While, upon investigation, this is not the first pop release from the label, outside Norway Apollon is definitely known as a prog label.

And in no way, shape or form are The Thank Yous prog. Rather, they are indie power pop, taking on the formula laid down years ago by Big Star, and carried on throughout the years by such acts as Teenage Fanclub. In fact, if there’s any band at all that The Thank Yous remind me of, it is Teenage Fanclub (particularly around the Bandwagonesque/13/Grand Prix period). And they do it very well, indeed!

The harmonies are beautiful, the guitars shimmery, and it all just sounds like the band are having fun playing, which makes it a joy to listen to. It jangles, it swings, and it rocks in all the right places. There are some very tasty guitar riffs too, and as much as there is a certain Brit-pop polish to the whole, every now then there’s an edge more reminiscent of US indie bands such as Dinosaur Jr. What’s particularly neat is that although the influences for The Thank Yous are definitely from the past, the album sounds completely contemporary. This is definitely not an album I would ever have expected to hear from Apollon, but I’m glad I did. 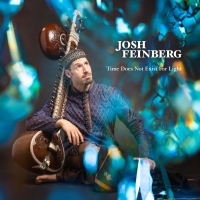 Josh Feinberg’s album came to me via Worlds Within Worlds, a sister label of Art As Catharsis. Several of the artists released via this label could definitely be called progressive, and there is an increasing trend (which I personally love) for progressive artists to not restrict themselves to Western styles of music.

But where (eg) Art As Catharsis’s Hashshashin seamlessly merge the music of the East into the post-rock setting of the West, Josh Feinberg’s debut on Worlds Within Worlds is unashamedly a pure celebration of the Hindustani style of music. But even if there is nothing particularly prog about this album (and there is not), that doesn’t mean there’s not a lot to love.

The only two instruments played on Time Does Not Exist For Light are the sitar of Josh Feinberg, and the tabla of Shahbaz Hussein. But this belies the complexity, intricacy and beauty of the music. It is easy to be swept away by the virtuoso playing, and when I’m listening, I can only agree that time does not exist. Although I enjoy both Carnatic and Hi dustani music, I think I prefer the latter due to the Persian and Islamic influences. This album certainly seems to affirm that preference. Marvellous! 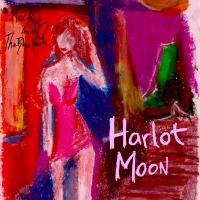 I said that The Thank Yous had influences rooted in the past, but managed to sound completely contemporary. The same could be said for Max Bianco and the BlueHearts, except where The Thank Yous reside in indie power pop, Bianco evokes the wandering busker/troubadour spirit of Bob Dylan, and the bright harmony and uptempo folk rock of Lindisfarne, without sounding tied to those times.

Style wise, Bianco is clearly comfortable with a solo/acoustic traditional folk sound, but not afraid to throw all manner of other styles into the mix, with the album rambling between such disparate styles as bluegrass and funk. With a band called the BlueHearts, it comes as no surprise when bluesier moments appear.

There is a raw, rough and ready feel to Harlot Moon, but this comes across as deliberate, and is no doubt in part from the entire album being recorded in just two days. It’s an accomplished debut for Max Bianco and the BlueHearts, but does perhaps suffer from trying to take on too many styles, which can at times disrupt the flow of the album. There are some particularly enjoyable songs which clash somewhat against each other. Overall, though, this album shows considerable promise, and I look forward to hearing more from Max Bianco from the BlueHearts. I’ll also be digging into Bianco’s back catalogue to hear what his music sounds like prior to his working with the BlueHearts.