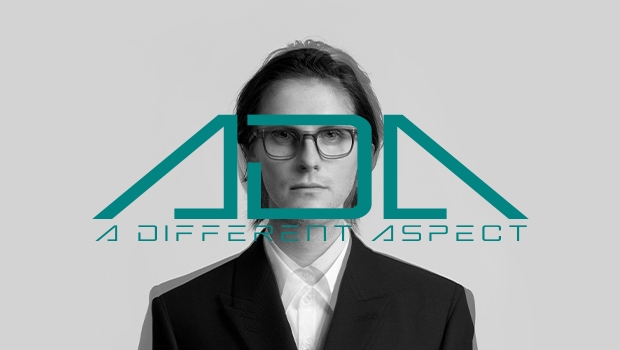 As Oscar Wilde once famously said, “there’s only one thing worse than being talked about, and that’s not being talked about”. As a past master of self-publicity, Wilde would be well chuffed with Steven Wilson’s approach to garnering attention for his new album, The Future Bites. Firstly, Wilson loads the centrepiece song of the shebang with lyrics that spell out a grand conceit, telling its listeners that, essentially, they’ve been suckered by the pointless accumulation of stuff, again. OK, willingly, maybe, but you have to laugh! Secondly, he further goads his audience in various interviews by saying he thinks rock music, and the electric guitar are both dead or dying on the vine. Yep, Oscar will be nodding sagely and grinning down Père Lachaise Cemetery way to all that!

While there’s a currently agitated audience hungry for words about Steven Wilson, aka The Saviour of Prog™ (not something he’s ever called himself, I hasten to add!) and The Future Bites, we here at TPA Towers would be remiss if we did not jump on the bandwagon, so here are a few of our scribes’ varied views on that shy and retiring platter… 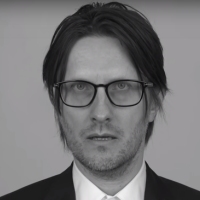 Where to start with Steven Wilson? After hugely admiring him for many years, through multitudinous changes of tack, it felt that the journey was just about over for me with Hand.Cannot.Erase. Many fine moments but it seemed a little hollow, clever for the sake of it, trying too hard? To The Bone really didn’t do much for me and the live shows also seemed to be heading into a cul de sac.

And so to The Future Bites. I really wasn’t that excited – or even interested – when it was announced, and as the release date Covid-slipped, I grew less enthusiastic. The advance songs were OK, but nothing more. Now, a few weeks after release, and with much gnashing of teeth and hyperbolic gushing from opposing sets of fans ongoing, I’m listening to the album almost immune to expectation.

I like it much more than I thought I would. The first four tracks are excellent. I like the dark electro of Self, the acoustic melody of 12 Things I Forgot, the funk of Eminent Sleaze, the Floydy atmospherics, the flow. Overall, it’s a punchy 40 minutes and I’m glad that SW seems to be getting the wider recognition that he has long deserved. It sounds modern and accessible, but the overly commercial perspective has been wildly overstated.

The strut of Personal Shopper works much better in the context of an album that uses its wide palette to deliver a varied experience, and it’s that variety that keeps it out of the mainstream. It’s not a flick of the Vs to fans of his earlier work, its creative choices working as a homogenous whole. More Mew than ‘70s Prog, it’s different, but not as different as many would have us believe.

It won’t drag me on a 400-mile round trip to witness the Little Fella strutting his stuff on London boards, as previous albums have, but I’m not going to diss it, or his decisions in making it; it’s fun (in a typically miserable way), and at the end of the day, he’s very good at what he does and might well be on the top of his game here. You don’t have to like it, and that’s fine. 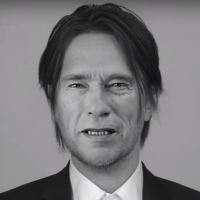 If there’s one artist in progressive rock who should need no introduction, it’s Steven Wilson. His new album The Future Bites was only released on 29th January, but has already divided opinion among fans on the basis of the songs made available ahead of the full release, such is the shift in style. In a way this is a shame, because a major release such as this deserves to be heard in it’s entirety at one sitting, rather than taking songs out of context.

The reason for the divided views is the direction Steven Wilson is following, as much of the album sits in the realm of electronic pop or dance music. It is bold and defiant with little concession or compromise. Having said that, on closer inspection, it is diverse, with many moods and styles. There is the disco rap flavour of Personal Shopper, the ethereal beauty of King Ghost, the more traditional 12 Things I Forgot, the dirty modern funk of Eminent Sleaze, and the atmospheric eeiriness of Count of Unease.

It is a far cry from former glories, the pure prog of The Raven Who Refused To Sing or the guitar heavy Porcupine Tree days, but Wilson refuses to repeat himself. Despite being fiercely modern and in the moment, the hallmark Wilson undercurrent of darkness is much in evidence. To my mind, The Future Bites is an essential step on the evolutionary journey of an extraordinary talent. Great artists have always thrown us curve balls and refused to stand still, and the day Wilson panders to expectation is the day he’ll make a truly duff album. This isn’t it, and there are moments which rank with his finest achievements. 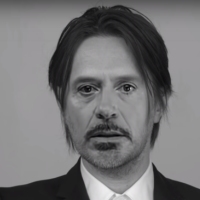 Steven Wilson unashamedly cherry picks elements from across all of his previous work and expands on his influences. This has always been his modus operandi; forever moving onward, sometimes at the expense of losing old fans – his unpredictability is his strength and his weakness. He alienates less broadminded followers. His profile demands comparison; it’s expected and is as unhelpful as it’s inevitable – hence the interesting quantity of pointless brouhaha associated with this album.

Hand.Cannot.Erase actually moved me to tears on my first listen. It represents the high bar by which I would selfishly gauge whether the latesteffortsucceeds for me. Does TFB move me like H.C.E.? Does it matter? Is that a useful measure for any listener? Well – no, only if you let it, and no.

The production and manipulation of sound is astounding. Stripped back to the basics, most of these songs cover exactly the time they need to. The album is pithy, ironic, humorous, cynical, catchy, and bursting at the seams with hooks – especially Personal Shopper, the centrepiece in terms of the theme that drives the album.

Consider TFB in its own right. It is a brave release and well worth a listen. 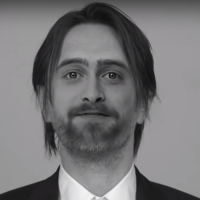 I should preface the following by stating that I’m not a big Steven Wilson fan. There’s a lot he’s done that doesn’t really float my boat, so much as sink it. The album that everyone else drools over, Raven, is easily my least favourite Wilson album. But my first listen to The Future Bites was hyperbolic – even for me. I gushed, “How do people not love this album? This is easily the best SW album yet!” A little over the top, but I was surprised by something I was expecting to feel nothing for, or plain dislike. Instead, I found myself listening to an absolutely fantastic album, and the things I read were missing (guitar and prog) were most definitely there.

The only song that doesn’t impress is 12 Things I Forgot, which is a nice enough song – but typical Wilson fare on an album that’s not otherwise, and it feels terribly out of place because of that. In fact, if we prod the elephant in the room, this is the only track you could really call pop – and guess what? It’s similar to all the other pop songs Wilson has made in the past. But no album should be judged on just one listen, and The Future Bites is no different. I definitely came down on subsequent listens. And yet, while I am no longer so sure about my claim that it’s likely to be my favourite album he’s done, the fact that that is even still a possibility says a lot for how much I do like it.

Ok, you can go back to hating him now… 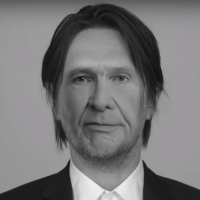 The new album by prog king Steven Wilson has caused quite a stir within the (prog) music world. Wilson himself had announced it way in advance: the music could well be radically different from what people – his fans – expected from him. And he didn’t lie about it. The polemic is almost unstoppable, extreme supporters and opponents can be found on various forums where people bash each other’s heads in. Fortunately, mostly verbally, there’s no mention of physical violence or the destruction of bus stops or Covid test sites (yet).

Also within The Progressive Aspect offices The Future Bites has had its divisive effect. A selection of various reviewers’ reactions:

• The new direction is not for me
• I still have some silent hope that this is all a joke
• I just think he’s getting better
• Frankly – TERRIBLE!
• Never stand still, always forward
• Personally, there are songs that are okay
• I find the music really hard to get through
• More than ever, Steven Wilson is a pioneer within the genre

Please bear in mind that this is a group of more or less like-minded people. People who, as greatest common denominator, share their love for this specific music genre. Although ‘like-minded people’ should be taken with a proverbial grain of salt: we have fans of heavy prog-metal, symphonic rock, neo-prog, post-rock and God knows what other (sub-) genres our beloved music has produced. Even within a relatively narrow segment like progressive rock, there are still plenty of contrarian opinions to be found. But always with respect for each other’s point of view, as it should.

So let’s be glad that music is still being produced at all, given the circumstances, and accept that tastes may differ. “Agree to disagree”. With the new Transatlantic album just released, for example, the future looks bright. Or do I see a new divisive element slowly emerging?

A Conversation down the Pub… (use your imagination)

The Scene: The Surgentes Inn

A few weeks ago, two hipsters, Rachel and Mike, meet at their imaginary ‘local’, for a couple of drinks and a chat… the music inevitably turns to ‘THAT’ album… 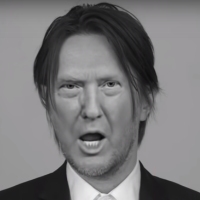 Having once been something of a Steven Wilson obsessive – I was hooked from the time I first saw Porcupine Tree back in 1995 – his solo career has found Mr Wilson and yours truly slowly but surely diverging into very different musical orbits. I find most of his solo albums too slick and emotionally cold, technical homages to his prog heroes. I bought them all, of course, but they now largely gather dust on my overladen shelves. Good luck to the him, if anyone deserves his success it’s Steven Wilson, a musician’s example of the Protestant work ethic in action!

So, what is all this hoo-hah about, then? It turns out that The Future Bites is actually rather fun, an adjective rarely if ever applied to something by L’il Stevie, you have to admit. I’m listening to it right now, for probably only the second time, properly. At last Mr Wilson seems comfortable in his own skin, rather than attempting to re-write history as he has done on most of his previous solo efforts, certainly before To The Bone. Remember those toe-curling “Hey, Nick, we haven’t done Yes yet, stick a Chris Squire bass run in the next four bars” musical museum moments? None of that here.

Although… Eminent Sleaze is an obvious homage to Papa Was A Rolling Stone, but it too is actually fun, rather than all that prog by numbers bollocks of yore. And… if you can’t tap your foot to 12 Things I Forgot, you’ve probably sawn it off in a protracted moment of masochistic wailing and gnashing of teeth, while musing that LIFE IS JUST NOT FAIR.

Up to the slyly meta epic EDM anthem Personal Shopper, which is so dripping with I-RON-EE it’s drowning in its own smugness, and notwithstanding the slightly uncomfortable feeling given by the overarching concept behind this whole malarkey that we’re all being taken for a ride, I quite like this album. It’s probably the most “Steven Wilson” thing he’s done since Insurgentes.

Now, put yer knickers on, and make a cup of tea…