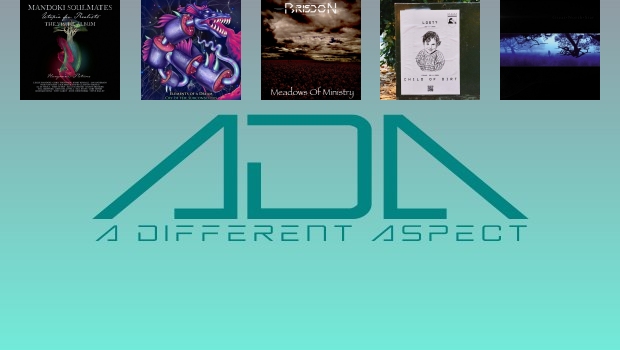 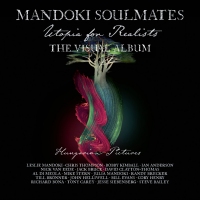 Once again I step into the sometimes confusing, but ultimately rewarding output of the Mandoki Soulmates. For those unfamiliar with the project, and as the name suggests, it revolves around drummer and percussionist Leslie Mándoki. Some of his ‘soulmates’ have changed over the years and some have remained, but always encompass the crème de la crème of international musicians. To offer just a few names, on this release we have: Al Di Meola, Mike Stern, Cory Henry, Ian Anderson, Bill Evans, Randy Brecker, John Helliwell, Bobby Kimball, Chris Thompson, and the list just goes on and on…

The Hungarian Pictures album formed part of a double set, Living in the Gap + Hungarian Pictures, released around this time in 2019, and disc two of the set celebrated the music of Hungarian composer Béla Bartók. And a splendid affair it was too, with great music and stellar performances, way too many mention. Just check out the video below…

So what’s new? Well a move to InsideOut Music has prompted this new reiteration of the Hungarian Pictures album which is now available in single CD, Gatefold 2LP + CD + LP-booklet and CD/Blu-ray Mediabook editions. The latter is possibly the most interesting as it brings together all of the videos from various sessions into one place, and by doing so removes the confusion hinted at in the opening sentence. The Blu-ray includes a plethora of additional features – behind the scenes footage, the ‘making of’ and the concert film of Hungarian Pictures, merged with film scenes of the recording sessions in the studio. 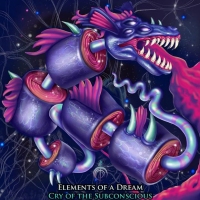 My initial curiosity towards this release was sparked by the country of origin. I’ve always been intrigued by music from around the globe and more so when little of that country’s music is readily available here in the western hemisphere, so as Elements of A Dream emanate from Iran, it was a bit of a no brainer really.

Elements of A Dream primarily revolves around guitarist/producer Mohsen Hakimizadeh and Cry of the Subconscious is a guitar instrumental album full of ear friendly melodies and impressive displays of fretboard magic. I suppose the most notable comparison might be Joe Satriani, as Mohsen possesses a similar ability to write a catchy tune, however where two diverge is in the scope of influences, with Mohsen bringing in elements of progressive rock and metal as well as far smattering of jazz and fusion. Also worth mentioning is the abundant and extremely effective use of keyboards – whether as subtle layers of strings or piano which adds contrast and broadens the musical palette.

As for further pointers, the press release suggests Steve Vai, Canadian Nick Johnston and Australian axeman Plini, and I’m more than happy to go along with those. I don’t however hear Steve Wilson I’m afraid, Andy Latimer perhaps.

I can’t say there’s an abundance of Middle Eastern influences going on here, which might be a bit of a missed opportunity, however it certainly doesn’t detract from the music or enjoyment. So if guitar instrumentals are on your listening rota then Cry of the Subconscious is well worth investigating, I’m sure you won’t be disappointed. As mentioned, Mohsen writes memorable tunes and although they lean to the heavier end of the spectrum, there’s plenty of subtlety and variation to retain your full attention. Wonderful stuff indeed… The video is a ‘playthrough’ of the second track, Ambition, and offers a great insight to album as a whole. 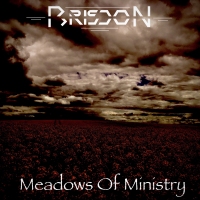 Meadows of Ministry is the latest release by the talented young German guitarist Philipp Lippman, again released under the Briscon name. This 7-track, 34-minute instrumental EP follows his debut release, Touching Oblivion, which impressed in the way it tempered a prog-metal style with classic rock influences, the layering of keyboards and effects producing moments of an almost symphonic prog nature, with changes in tempo and intensity throughout. It showed its home studio, solo performance origins, but was a promising debut showcasing Philipp’s talents and potential.

Meadows of Ministry shows a definite progression, more technically contemporary than its predecessor. Philipp has developed further as a musician and has used a range of different scales to make the music emotionally more flexible and shifting in style and feel. The influence of Joe Satriani, Devin Townsend and Tremonti can be heard on many songs. There is also a more non-linear approach to each song, so they often come out differently in texture at the end than what they started as.

My initial view was that the EP was heavier and more prog-metal in character than Touching Oblivion. There are still softer, more subtle moments and changes in intensity, but it suggested a slight shift in style towards more traditional metal. However, repeated listens have opened up its more nuanced personality.

Intro – A New Chapter of Regret starts softly with atmospheric acoustic guitar, but intense riffing builds gradually from the background to take centre stage, almost Metallica-like on Meadows of Ministry, Pt 1. However, it is not all chugging, dark guitars and bass; keyboards and effects add variety and contrast and there is even some Oldfield-like soloing which lifts the music higher. A Moment of Rest and Peace provides a refreshing contrast, deep rumbling bass and guitar notes resonating intimately. Stately drum rolls add to the slow marching tempo, which continues into The Vanishing of All Odds, before the pace quickens into a driving, classic rock track with impressive soloing over the rhythm guitar and bass. There is almost an Eastern feel to much of the music at times.

Building A Shrine begins with a repeated keyboard motif, before a swirling mix of dark guitars and pounding drums steps up the intensity. Changes of tempo set up virtuoso technical playing, Philipp clearly enjoying the melodic twists and turns. For me it showcases his musical vision and best summarises what a listener can expect from the EP.

The lengthy Meadows of Ministry, Pt 2 takes us back to the more metal-orientated style, initially anyway. There is a darkness here and a fast, bass drum rhythm, but if you persist, it is soon followed by subtle interlude and melodic playing. Keyboards add a refreshing symphonic prog element before we return to the heavier fayre, with noticeable echoes of Opeth and Dream Theater. Philipp can shred with the best of them, but always seems to have a few extra tricks up his sleeve. Closer Another Page, Another Book, Another Time by contrast has an eerie, cinematic, keyboard-led soundscape, both calming the senses and hinting at dark things to come. A low-key ending that rewards repeat listening, the more prog-orientated nature revealing itself. For prog listeners who love guitar-orientated rock and prefer heavier styles of prog, but still with subtleties aplenty. 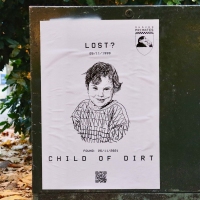 Oxford’s Shaven Primates are a 5-piece band citing a broad range of styles and genres – including progressive rock, dark-wave, art-rock and post-punk, amongst others. Inspired by David Bowie’s death in 2016, and the solace vocalist Mark Elplinstone found in his music whilst going through therapy, the concept of an album chronicling the dark, personal history of his youth gradually took shape. His fellow band members developed the music over the next couple of years, the result being this first full-length album.

Over seven jagged and emotionally charged songs, Mark reveals his personal journey through sexual, physical and emotional abuse as a child, and hard drugs, alcohol and sex addiction in his early 20s. His emotive vocals are a challenging listen for sure, but they certainly match the emotional feel of the subject – whether it is screaming anger, deepest fear or yearning love. They also integrate well with the dynamic and varied instrumental palette used by the rest of the band.

The sound of children playing and a subtle piano introduces the opening title track, but soon a driving rhythm from Nick Letellier (bass) and Jarod Ganoe (drums) propels the song into deeper territory, supporting keyboards from Neil Barry flowing around Waters-style angst-ridden vocals. Languid one minute and intense the next, Tom Clark delivers a flowing guitar solo towards the end, creating an intriguing and vibrant start to the album.

As church sounds recede, a reverberating bass and chiming guitar patterns begin On the Bleeding Edge, and now Mark’s vocals are spat out with a punky, Alex Harvey-like manic venom and the music adds to the sinister, nightmarish atmosphere. The Zoo begins serenely, the harmonised vocals having a touch of Bowie or Hammill to them, before atmospheric keyboards and a dense rhythm raise the intensity and fearful screams take us into the epic Three Piece Suite. From animal noises and rumbling bass, the multi-faceted track twists and turns with theatrical, Zappa-style vocals, along with hints of The Wall-era Roger Waters bitterness. The tempo and intensity ebbs and flows, with Tool-like metal guitar chords and stabbing keyboards, all building towards a manic conclusion.

Outside has a deceptively catchy, strolling beat and musical soundscape, but is contrasted by raw and deranged Beefheart-like tones. Driving heavy rock and a rolling drum and bass beat pushes through Mind and makes it one of the most accessible tracks – getting the head nodding nicely, with some effective guitar soloing to savour. The start of final track Answers is the album’s highlight for me and is where all the wildly varied strands seem to effectively knit together. Spacey keyboards and guitar duel around each other and Mark’s vocals are almost mainstream here. However, don’t be fooled by the minute of silence that follows. You are soon bombarded by rising and falling multi-tracked vocals and an extended section of Floydian electronic ambience which takes us further into the recesses of Mark’s troubled mind. A scattering of nightmarish visions and soundbites swirl around before fading away – surprisingly immersive but also deeply unsettling.

Best played in one sitting, Child of Dirt is a demanding, dense and eclectic experience, but it is a cathartic and emotional one. Progressive in the true sense and continually pushing genre boundaries, it is true that the spectrum of vocals on display will not be to everyone’s taste. However, for the more adventurous listener, there is much to explore on this dark and intense ride, and Shaven Primates’ ambition and talent is to be applauded. 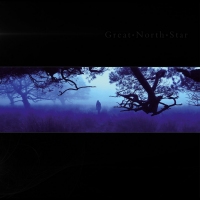 Great North Star features eleven short pieces of immersive guitar musings, surrounded by sparse threads of electronica. The end result is a rather gratifying forty minutes of compelling atmospheric music, and a welcome companion at the end of the day.

As with a great deal of ambient instrumental music, the journey it takes the listener on is self-determined, although the composer(s)’ vision may well be a far different venture. Talking of journeys, the album starts with a twenty light-year jaunt to the Gliese 581 system, mooted to contain a ‘habitable’ exoplanet. Great North Star’s aural interpretation utilises a pulsing synth beat for momentum, accompanied by Dean Thom’s tasteful guitar. At under three minutes, Gliese 581g works admirably, although equally I could imagine it forming the basis of a track that could easily fill an entire side of an album.

One of the album’s many strengths is its pace, never hurried and although each of the tracks clock in at circa three minutes, there is a holistic feel throughout. Whether this is the oddly titled Dagger Dubber with flavours of Tony Iommi’s Planet Caravan, the undulating Glories, or the spacious Celtic noodlings of the album’s closing tune Birds on the Dee Estuary, guitarist Dean Thom and Phil Considine (sonic manipulations) engage the listener’s attention throughout. 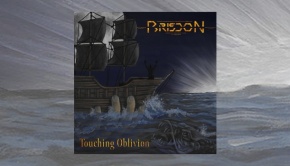 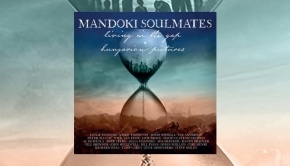