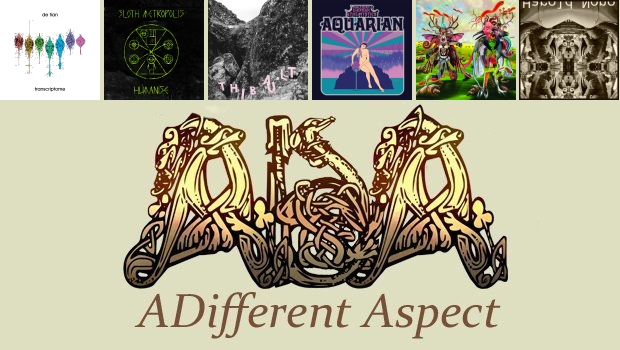 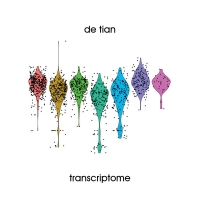 Sheffield at the beginning of the 1980s was a place where genuinely progressive and cutting edge music making lived happily alongside pop, and a fair number of bands making music in various combinations of those two extremes came to local, and some even to national prominence. One of the more obscure bands was de tian, formed by Paul Shaft, previously of the steel town post punk band 2.3, and percussionist Paul Hague, a former 2.3 roadie. Many other band members came and went over the years, including Martin Archer, who joined after Hague had left, and now the three of them team up as de tian for the first time for this latest release.

Transcriptome is “a catalogue of genes expressed at a particular time in an individual cell”, and “each composition here is an interpretation of a real-time transcriptome dataset”, it says here. So far, so art rock! There are nine tracks, entitled Transcriptome 1 through to Transcriptome 10 – cryptically, Transcriptome 9 is missing. All sounds a tad pretentious, doesn’t it? Luckily it is saved by the music, which is a fetching conglomerate of electronica, compulsive rhythms, percussive derring-do, and exotic instrumentation, that will make your knees twitch. Recognisably “Sheffield”, the all-pervading influence of Cabaret Voltaire on that city’s vibrant post punk scene has been revamped for the 21st Century, filtered through a dark psychedelic maelstrom. Transcriptome soundtracks a post-industrial dancehall at the edge of a dystopian future (see, I can be as pretentious as the best of ’em!). Recommended! 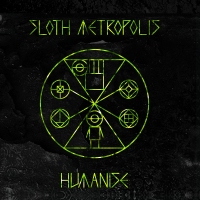 After digging deep into their dads’ record collections, and lingering long in the “G” section, these young Glaswegian chaps have come up with three albums and an EP to date, telling the unfolding story of “Aengus Rudach — a Scottish bard and Alchemist from the 17th Century who… found himself transformed into a blissfully static sloth.”

Humanise is the third album, and thankfully, for once the “G” referred to is Gong rather than Genesis, and these lads would no doubt put a smile on Daevid’s face. If you like the other bunch of pothead pixies on Bad Elephant, namely Orange Clocks, you’ll love this! 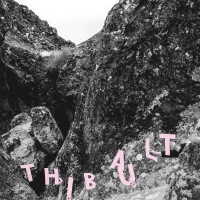 I have a good mate who only sleeps for about two hours a week. The rest of the time he listens to never decreasing piles of voraciously acquired new music. Luckily he has very good taste, so a recommendation from him is one to follow up. One such is this charming album of Gallic pop from the former leader of cult(ish) Australian synth pop band Minimum Chips, one Nicole Thibault, back from a long break from making music, during which she raised a family, and latterly suffered a messy divorce. Although Australian by birth, her family name suggests a strong French heritage, which oozes from every pore of this lovely, sometimes sad, sometimes woozy creation.

If you like the Gallic prog-pop of Aquaserge, or Aksak Maboul, this is the less wilfully difficult version that your partner will love. Highly recommended! 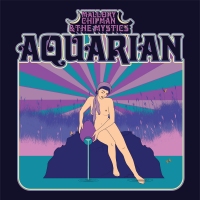 Hailing from Canada, Ms Chipman and her band are another Millenial/Gen Z cross-cultural mash up, and another female fronted North American band brimming with talent, defying pigeonholing with a carefree nonchalance. The first song swirls in a psychedelic way, leading into the jazzy Indigo and Amber. The band list everything from compatriot Joni Mitchell to Yes as influences, and thanks to the supremely talented band playing her songs, Mallory Chipman & The Mystics draws the listener in to its charms over and over.

With a less operatic but no less expressive voice than Bent Knee’s Courtney Swain, Mallory’s vocals are the star here, and they do not disappoint. For a debut album, while it may be trying a little too hard – you can almost feel the effort – this is a highly polished and fully realised work, an artefact of some merit. 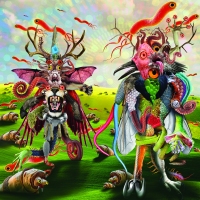 When is an EP not an EP? When it’s one 15-minute track, is when, which is what we have here. GIRAFFES? GIRAFFES! comprises two loons from Northampton, Massachusetts. Judging by the fine escapist nonsense played out here, the USA Northampton may well be as morose as the original UK version, currently twinned with Purgatory.

The music on Rites of Summer is a quarter hour of polyrhythmic and musically intricate nonsensical escapism, delivered with a reckless disregard for space and time. Instrumentally, there seems to be little more than a guitar, several effects pedals, and a drummer with seven arms, but together they produce a fine old racket. It’s great!

Probably deliberately – well I hope it is, otherwise someone should call them a psychologist – their website is the most bewildering thing ever. It looks like it was designed by someone with AHDD tripping on industrial strength psychotropics. Kenneth Topham, one the duo, designed the wonderfully OTT album cover, so that scattergun website is probably his, too! Have I sold it to you yet? 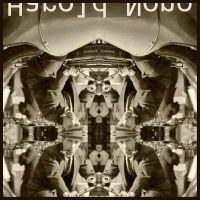 To finish off, we return to Scotland, and across the M8 to Edinburgh for We’re Almost Home, wherein Harold Nono crafts alien noises that mash up in a jumble of Kosmiche pop that puts everything from motorik rhythms to guitar noise and wonky pop into a cocktail shaker, the end result messing with yer noggin in a fine fashion.

There’s a touch of wilful artiness about it that sometimes knocks the thing off balance, but it is an intriguing listen nonetheless.