Another round-up, this time from the fascinating rabbit warren otherwise known as Bandcamp. Roger Trenwith, armed only with a fading torch fashioned from a pirate’s wooden stump dipped in goose fat, a pair of stout walking boots, a Milky Bar, and a bottle of Jack Daniels, was gone for nearly three days. He emerged last Tuesday, grinning like a nun with a new battery, and these six highly varied albums…

Serious thanks must go to some like-mined souls on a couple of Facebook music groups for pointing some of these gems out to me. You know who you are.

Seven That Spells – The Trilogy Live at Roadburn
Roger Trenwith 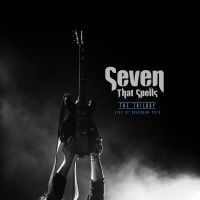 Some nine years ago, Croatian Ur-rock collective Seven That Spells embarked on an ambitious project charting the Death and Resurrection of Krautrock, a free-form Kosmische trip in the best traditions of early Ash Ra Tempel and Guru Guru.

This was given form over three sprawling albums of righteous and mighty music that is here presented in three giant slabs of monster rock, averaging over 50 minutes a piece, as performed at Roadburn 2019.

Coming across like an even more unhinged Motorpsycho in full-on acid jam mode, this is an album for the heads.

Not for the faint-hearted. 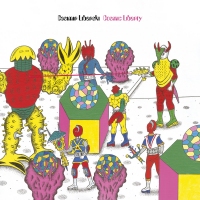 This is another one of those “If I had known about it at the time, it would have got a full review”. Casimir Liberski is a Belgian pianist, previously associated with improvisational albums. Here he has spent two years composing this simply sublime album, ably backed by Louis de Mieulle on bass, and Matt Garstka on drums.

“The songs were constructed by an intense accumulation of constantly multiplying sections” it says, and it sometimes sounds like an orchestra, there is so much going on.

When you look at Casimir’s list of keyboards played on the recording, you’ll understand why. 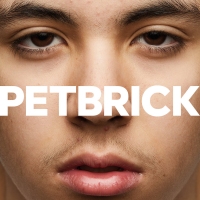 When an album is advertised as making the soundtrack to our current surreal dystopia that everyone else is shying away from (not strictly true, but… ), then you know that it isn’t going to be a soothing listen. And it isn’t oh, no. Opener Horse, jerks like an equine in post-electric shock seizure as pummelling rhythmic drums lead an electronica fear-fest right across the field, over the fence and straight out on to the motorway, where the fear crazed creature is put out of its misery by a truck ploughing along at the regulation 65mph. The next ditty, entitled Radiation Facial, makes Horse sound quite reasonable.

Petbrick are a furious and unlikely never-ending headbutting between one-man noise generator Wayne Adams, a veteran of modern punk and noise outfits, including Big Lad, and drummer Iggor Cavalera from hardcore metal world superstars Sepultura. Track titles like Roadkill Ruby, Coming, and Gringolicker – wherein guest shouter Mutado Pintado (Warmduscher) attempts “to inhabit the increasingly unhinged persona of Donald Trump” – only give a little indication of how thoroughly unhinged and therefore locked into the zeitgeist this feral racket is.

Listen if you dare! 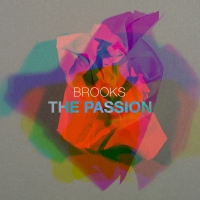 Jeffrey Brooks is a modern classical composer who has a liking for rock instruments. How that goes down with classical music snobs I don’t know, but I can imagine! He has long and close association to New York sound explorers Bang On A Can, who are “dedicated to making music new”, which is really all you need to know. Here they team up with fellow New York-based large ensemble Contemporaneous to perform Brooks’ new work, The Passion.

The Passion is a collection of three pieces that meet at a crossroads of chamber orchestral classical minimalism, front-line percussion, and a rock sensibility that surprises with the introduction of electric guitar in places where you wouldn’t expect it.

The 21 minute-plus title track goes through distinct movements, and there is not a note wasted, here, or anywhere on the album. The inclusion of arranged voices to end the piece is a delight.

The album is described as “a tribute to the lasting power of friendship, and a triumph of the human spirit”, I can only concur. 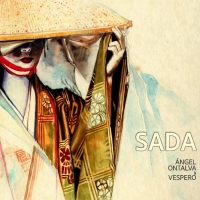 Spanish graphic artist and guitarist with his band October Equus, Ángel Ontalva spends a lot of his time in Russia, which explains his collaborations with exemplary and long-running southern Russian cosmonaut explorers Vespero.

Here they take us on a collective trip through a star forming nebula, with music that starts off on a dream and a prayer and becomes increasingly labyrinthine.

Often duelling with Vespero violin man Vitaly Borodin, Ángel never lets ego get in the way of the trip, and the rest of the band chart the course with the studied ease of the near-veterans they are. 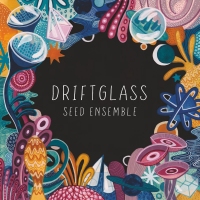 Another London-based nu-jazz crew, Mercury Prize nominated SEED Ensemble take on the large ensemble mantle poffered by the likes of Sun Ra and Fela Kuti, and with the powerful drumming of Patrick Boyle high in the mix conjure a delightfully slinky and joyous 55 minutes or so of fine, sexy music.

The trumpet work of Sheila Maurice-Grey on album highlight Afronaut is a joy, and the fabulous and angsty rapping of XANA is the steam in this thoroughly urban sauna.

In fact the whole band make a wonderfully warm and engaging noise throughout, and as this album is now around a year old, I’m glad that thanks to the power of the oft-derided social media I finally caught up with this lithe monster of a record.