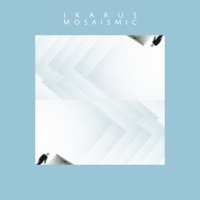 Zürich based quintet Ikarus released their truly captivating Mosaismic album, on the Ronin Rhythm Records label, in April last year. Ikarus describe themselves as a contemporary, groove, jazz quintet and their music as “continuously permutating polyrhythms, fluctuating grooves, organic improvisations” and “an enchanting blend of male and female vocals”.

Well, they’ve hit the nail on the head with those two succinct phrases, so a thousand words from me seem fairly superfluous, and be assured over the last 10 months I have written in excess of this to try and convey the wonderous joy of this album.

Often stark and somewhat desolate, Mosaismic lives up to its title, derived from the words “mosaic” and “seismic”, the intricately woven parts collectively bonding into a truly earthmoving outcome. The pumping heart of Ikarus comes from the rhythm section of drummer Ramón Oliveras and Mo Meyer on upright bass; the blood coursing through the veins is the piano of Lucca Fries, which in turn oxygenates vocalists Anna Hirsch and Andreas Lareida. Enough of the analogies.

Need to hear more? Then play the YouTube video below!

Meridian not only captures the essence of the band – engrossing via its intricate, choppy, polyrhythmic grooves, divinely caressed by the haunting, immersive, but oddly soothing wordless vocals. 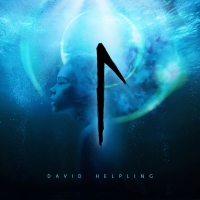 ‘Serene’ fits, as do ‘tranquil’, ‘peaceful’ and ‘reposeful’. Words that so readily capture the mood conveyed on Rune, the latest offering from guitarist and keyboardist David Helpling, who specialises in ambient and electronic musics, as well as composing for film.

‘Rune’ itself has a number of interpretations, however perhaps most apt here would be ‘a symbol with mysterious or magic significance’. Regardless of elucidation, David Helpling’s blank canvas is first drenched in cavernous reverbs, after which equally grandiose swathes of subtle, sonic layers, are added. The final touches to his aural picture are the delicate interwoven melodies which add colour, depth and context to the tracks.

Whether or not the music transports you to ancient times, vast oceans, sprawling desolate landscapes, flickering aurorae or perhaps celestial wonderment is entirely down to you, the listener. What David Helpling provides is the perfect vessel to take you there. 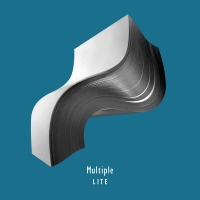 Unlike my review David Helpling’s Rune album (see above), the words serene, tranquil, peaceful and reposeful do not apply to Lite’s Multiple release. No, a whole new set of words are required here – catchy, quirky, edgy and complex; that’ll do for a starter.

Hailing from Tokyo, this inventive, energetic combo go straight for the jugular with Double, the opening track from their sixth album. The heady pace is augmented by the breakneck modulating metering and incisive polyrhythmic structures that literally draw you into their rollercoaster ride. And there’s little respite as they plough into track two, the heavier, bluesier but still totally gripping Deep Layer.

As I remarked in my review of their previous album Cubic, Lite’s music may be complex and demanding, but it never – ever – loses sight of being listenable. It’s not overtly heavy, a blessing, so the subtlety of their complexity is not lost in an onslaught of distortion. There’s also plenty of variation on Multiple, so yes, we have the obvious Math elements, along with funk, electronica and rock (in its many guises). And throwing in the unexpected, take a listen to rather hip-hoppy Ring, or the wonderfully hypnotic, percussive vibe of 4mg Warmth or the splendiferous Clockwork (below).

Lite they are NOT, however if you like your music complex, but still structured and with an innate sense of groove, then this could well be the album for you. 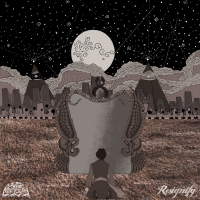 Resignify, according to the accompanying press release, is a companion EP to the band’s debut, full length, album Insignify, released in late 2018. It would also appear that this is the closing of one chapter and the beginning of a new one for Rainburn.

The EP contains five tracks, two live cuts and three studio makeovers. The live cuts are Suicide Note: Alive In Black and Someone New: Another Night, both from Insignify and with the exception of a gentler opening section on the former and some atmospherics on the latter, both tracks remain fairly close to the originals, demonstrating that the band are more than capable of performing their material live. Of the “re-dressed” tracks Veil: Recanvased – from the band’s debut EP, Canvas of Silence – features a new guitar break and some re-tweaked drumming.

It is the two remaining tracks, however, that are the most interesting. Gone are the harmony vocals which originally opened Elusive Light: Resignified, and there is little semblance of the heavier version from Insignify. The new version is re-modelled with acoustic guitar, tablas, violin and of course those splendid harmonies in the choruses. Nice to see this new version embracing more of the band’s culture, something of an oversight and as mentioned in my review of Insignify.

The final track, Suicide Note: Fading Into White, is fundamentally a piano and vocal, with a few guitar embellishments thrown in for good measure, take on the original track. A great arrangement encompasses a jazzy feel and Vats Iyengar’s rather unique voice. Reminded me of Chris Farlowe…

Interesting to see where Rainburn go from here… 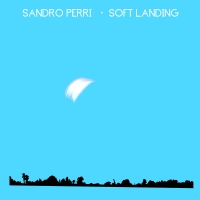 There is nothing fundamentally wrong with this album, good musicianship, pleasant enough tunes that defy genre, but it fails to ignite any flame. There are touches of Prince, oodles of John Martyn, and hints of others too. It’s nice. It’s more chill than prog with jazz embellishments, but despite this, I can’t remember anything beyond the track I am listening to. There could be greatness, but I’m not finding it.

Sandro Perri is a much-loved artist, just look around at his reviews. These tunes have been gestating for some 16 years, and this is his first solo in seven years. I wish I could love it, I absolutely do not hate it, and in the background, it has been, pleasant. From other reviews I think I am missing something; I will explore further, but Soft Landings does not thrill. However, I won’t write him off. 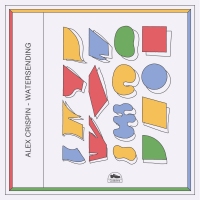 Cobblers Records continues to treat us. Last year Diagonal made a triumphant return with the wonderful Arc. That was followed up by a release by Muscle which is definitely worth checking out. Alex Crispin and Nicholas Whittaker have released Irian Jaya which is shimmering, lush and gorgeous, and last month, seemingly out of the blue, this EP from Alex Crispin appeared. I’m running out of superlatives, but damn, this is good!

The opening track is playful and upbeat, almost evoking a Talking Heads vibe. It does perhaps give a false impression of the remainder of the EP, though, as the title track is more mournful and languid, but also more beautiful. It reminds me of some of Crispin’s work with Baron. The final track, Effert, is quite amazing. It’s a fairly minimalist affair, but less is certainly more in this case, and when Joe Hollick turns up on guitar, his playing is highlighted more so because of this. It’s a beautiful end to an EP well worth checking out. A full-length album would be nice, please!