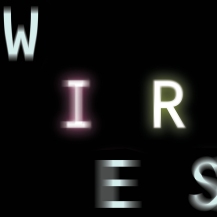 When he’s not honking baritone sax for Knifeworld or working on his music composition PhD, Olly Sellwood is laying down modern grooves with fellow composer and guitarist Keir Cooper under the moniker “A Sweet Niche”. By turns choppy and melodic, swoonsome and scary, this strange album ticks a fair few of my oddly shaped boxes. Keir’s guitar is preocessed through all manner of electronic jiggery-pokery, Olly blows away cobwebs as the duo surf melodies to the outer reaches of strangeitude, guided by the precision drumming of Tim Doyle, who knows how to keep these feisty and occasionally angular compositions in check.

There’s vocals too. A spoken word litany of current day heavy manners on Hungerstrike by Lily Allen’s evil twin (actually Eleanor Sikorski), and some angsty singing by Luke Toms on What Pulls You Back, and Chantal Brown on closing song The Art Of Cultivation being the three vocally assisted tracks. The ubiquitous Chloe Herington and her trusty bassoon contribute to Pleasure Centres.

The whole album builds to the two-part space jam that is Don Quijote, which ends with Olly honking away furiously. Closing with the longest and most satisfyingly strange song on the album, the seven minute plus The Art Of Cultivation, which has a lyric of exquisite oddness: “The blood is the lake and the head is the garden, My arm with the five-iron”. Alan Titchmarsh shaken and stirred with peyote.

You could do worse than have your neural connections rearranged by this curiosity. A sweet niche, indeed! 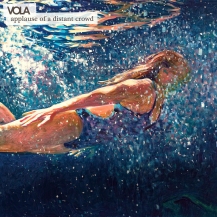 I had the pleasure of seeing Vola support Agent Fresco and Katatonia at the Shepherd’s Bush Empire in 2016. Their performance, built around debut album Inmazes, was a captivating blend of traditional progressive rock, and forceful crunching metal over-layered with lively textured electronica. What really caught my attention, however, were the layers of most uplifting symphonic harmonies and melodic vocals. It was fresh, evocative and thoroughly invigorating music which left quite an impression.

The Danish quartet of Adam Janzi (drums), Nicolai Mogensen (bass), Asger Mygind (vocals/guitar) and Martin Werner (keys) now return with their second studio album Applause Of A Distant Crowd (October 2018) which captures the same spirited momentum and vibrancy. There is both power and a relentless drive which combine to craft a fascinating and creative diversity of songs.

Applause Of A Distant Crowd succinctly showcases an exciting band who are capable of crafting songs which have a sense of both muscular urgency whilst also conveying contrasting changes of mood, tone and atmosphere. An enthralling performance from a band whose star is most definitely on the rise. 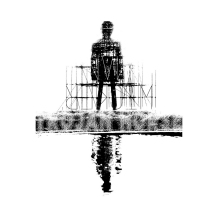 Trojan Horse have announced their hiatus. The Salford-based unit have, however, left us with three new songs on an EP, one of which has two versions.

The frenetic energy of earlier efforts may be missing on Wicker; and in its place, a folk-like feel, but if folk bands had used electronic instruments instead of lutes and hurdy-gurdies then I’d listen to more folk. Hang on: Maypole references! Wicker! What a give-away! TH are bloody folkists!

Both versions of Hammer and Spike veer away from electro-folk into some realm of industrial menace. Even as they sit a little uncomfortably with the more ethereal feel of the first three tracks, both still belong on the EP. Despite comparison always being a lazy way to review, as I always infer a lack of originality, the Version 1 reminds me of Gary Numan and Version 2, the relentless electronic processional sound design of Briedablik or ZOFFF.

I confess that some of Trojan Horse’s earliest attempts at “weird” have sometimes felt a little contrived, less so on Fukushima Surfer Boys. The softly weird Willow Song, with its easy beauty, could easily have shouldered any burden presented by the entire EP but it doesn’t have to. Every track stands up on its own, even one being in two versions. The music on Wicker feels as if it had an easy birth for the band and Trojan Horse have just nailed it with every track.

I bloody love this Wicker EP and I strongly recommend that you give Trojan Horse some well-deserved money and buy it. 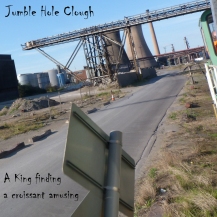 More audio snippets from the culture bunker that is Hebden Bridge, Yorkshire. This is Jumble Hole Clough’s 407th album, and continues the zig-zag wandering through the labyrinthine synapses of Colin Robinson’s febrile imagination. There are 18 – count ’em – tracks on this splendid excursion into a kind of toyland ambience where nothing is quite as it seems. Just as the album title could well be cryptic crossword clue, there is nothing straightforward on this album.

Much like fellow Yorkie Bill Nelson, Colin follows wherever his muse leads, and this time we glide gently through a post-industrial landscape, long reclaimed by nature, and delighting in the absence of those pesky human beans. The instrumentation is highly varied, adding to the pleasure. Colin has crafted a sonic delight!

Peruse the Bandcamp page for this and JHC’s vast back catalogue. You could be some time. 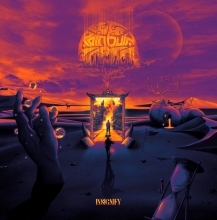 Having read very positive reviews of both their debut EP and this, their debut album, I felt compelled to check out Bangalorean quartet Rainburn. 2014’s Canvas Of Silence set the scene with five well written tracks, incorporating catchy vocal melodies, surrounded by AOR flavourings, more than healthy dose of odd meters and frequent forays into the heavier regions of the progressive spectrum. Four years on and we have a more mature, confident and assured Rainburn. Insignify, a concept album, which, and I quote here, looks to “the search for identity, significance and purpose within the overarching meaninglessness of life.”

The band’s approach on Insignify is refreshingly different, with a sound that is continually evolving, although perhaps not fully evolved as yet. On a personal note I would have liked the guys to have incorporated more of their rich ethnic culture, especially when you take in the two album closers Within, and the 80s inspired King Crimson School Of Atlantis, the latter featuring Sidharth Bharadwaj on bamboo flute.

The band are currently in the recording stages of the follow up album, Resignified, so it will be interesting to hear how Rainburn have progressed… 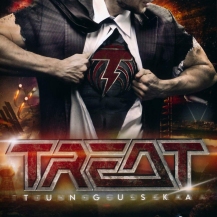 This is the third album from Swedish melodic rockers Treat since their reformation in 2006, and continues in a well ploughed furrow of hard yet melodic rock with big choruses. Think of the late 80s and of Whitesnake, Europe, and Def Leppard etc and you’re in the right area. Treat also bear a passing resemblance to another Scandinavian hard rock group TNT, led by Tony Harnell and guitarist extraordinaire Ronni Le Tekrø, as both play melodic rock, and both possess a fine pedigree and a lengthy musical history.

Many years ago, I used to own an excellent earlier Treat album Organized Crime, so the release of Tunguska certainly captured my attention, despite me being a bit older and less interested in the melodic rock scene these days, preferring more progressive fare. I therefore listen with mixed emotions, but it certainly has a strong opener in Progenitors, a good rocker with a suitably histrionic guitar break halfway through. Most of the album follows similar styles, with more obligatory harder edged tracks and a few softer power ballads like the excellent Build The Love, which is reminiscent of The Flame by Cheap Trick, but still a fine song in its own right. Another big ballad moment arrives with Tomorrow Never Comes, which has a pounding piano motif over which the vocal of Robert Ernland floats to fine effect. Mention must be made of the other musicians; Anders Wiklström, Patrick Appelgren, Jamie Borger, and Pontus Egberg on guitars, keyboards and guitars, drums, and bass respectively, all of whom bring muscle and subtlety to these fine songs and what is a good album.

Whilst not overly progressive Treat have certainly dished up some fine melodic rock for their fans on Tunguska. Well worth listening to and making your own mind up about.