In this ADA Album update we feature: 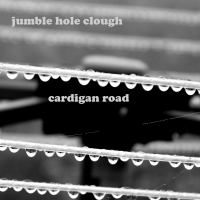 Barely a moon phase completes, and there’s a new Jumble Hole Clough album, or so it seems. All at “Name Your Price”, too! Such is the quirky nature of these musical missives, it is impossible not to get drawn into their wonky surreal universe, where sheds take on mystic proportions, and Milton Keynes gets funky, while toes are broken, and there’s a late result up in Scottish League Two.

Colin Robinson’s febrile imagination has once again chucked all the toys up in the air to see what happens when a man with his knees on backwards attempts to catch them as they descend back to Earth at varying speeds. This is the music contained within David Byrne’s mahoosive shoulder pads, escaping at night, as the jacket hangs in a dry cleaners in Hebden Bridge awaiting the steam treatment.

After someone put some coins in the meter to re-ignite the barely adequate floodlight, the final score was Hamilton Academicals 1, Airdrieonians 3. 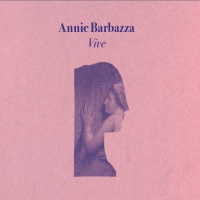 Back in August 2019, I reviewed North Sea Radio Orchestra’s glorious tribute to Robert Wyatt, Folly Boloey, simply a must buy for any fan of that great National Treasure. The featured vocalist was Annie Barbazza, then a new name to me. Her performance was by turns understated, impassioned, and heartfelt, and I knew that here was a new favourite. When this album in her own name turned up for review some months ago, I just had to put my hand up, even though these difficult times we have all struggled with in some fashion or another over the last 18+ months has meant that it is only now that I find my muse stirred into action. Sorry.

Here Annie gifts us thirteen (lucky for some!) gorgeous torch songs, and creates a musical landscape that is utterly enticing. All but three of the tracks are self-penned, and assisting her along the way are John Greaves, who was also a fulcrum of that NSRO record, Fred Frith, Daniel Lanois, and others. This is Annie’s first solo album, which she intended to be just that, but so many musicians she has worked with asked to play a part, and it turned into something of an all-star line-up. One of those stars is Greg Lake, who originally discovered Annie and nurtured her career.

Musically, this album defies easy pigeonholing, although Annie is definitely a torch singer. Let her light illuminate your day! 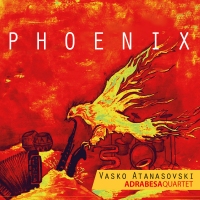 The name might be unwieldy, but the music is anything but, being a fleet-footed quickstep around European folk music influences, all fused together with a gypsy-jazz glue. Slovenian band leader Vasko Atanasovski has a long CV involving many leading lights of European ethno-jazz, and has even worked with Living Colour.

The three other members of the quartet are Italian (accordion – played in an innovative manner you ain’t heard before. Just listen to the first two minutes of Liberation for proof!), French (tuba, serpent), Polish-German (drums & tabla), plus another Slovenian guesting on cello. Along with Vasko’s saxes and flute they make a gloriously infectious groove that will put a smile on even the most careworn fizzog! 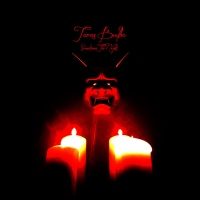 In which the monster resurfaces from the poisoned Northern estuary where the mighty Earthling Society were given a Viking funeral, and now calls itself Taras Bulba. Taras Bulba, named after a Nickolai Gogol novella, are a vastly more expansive musical proposition than the sometimes mightily monolithic Earthling Society, and visit a more lurid world. What your average Cossack would make of it is anyone’s guess!

Now you’re in the right place, board the carny ghost train to a hall of black mirrors. Go easy on the absinthe. 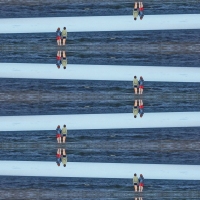 A strange and prolific Edinburgh outlier makes another album of oddly cinematic and definitely undefinable music, featuring many layers, cut-ups, beats and general strangeitude. Snatching influences from all over, the music falls from a sky aswirl with glittering tinsel blown on a breeze of chance.

Each track inhabits its own self-contained yet wildly unpredictable galaxy, and the whole is a universe familiar yet utterly different to our own. The script writes itself, all things are known yet out of reach. Introspective guitars make mournful arpeggio amid Mellotron swirl, occasionally breaking out in conventional rockisms. Enrico Morricone chats to the bartender at the other end of an otherwise deserted bar. It was ever thus. 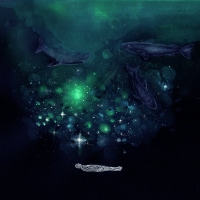 Epic prog-psych-spacerock from this Swedish group, who certainly do not lack ambition, opening their debut album with a six-part 12-minute epic, composed by Erlend Aastad Viken, the songwriter of underground shoegaze-proggers Soup.

Although there are obvious influences on show here, they are used in such a way so as not to fall into the trap of homage. In fact, second song Broken Stone breaks free and ends up sounding like the sort of anthem Mew might have made back in the day. The one male singer present, Sturla Fagerli Larsen, fair bursts out of his shirt!

Melody, led by the various voices, and deft synth and keyboard work lead the tunes, which are sumptuously layered, and the production is top notch. If you have a decent DAC in your system, the lossless file will sound superb, I’ve no doubt.