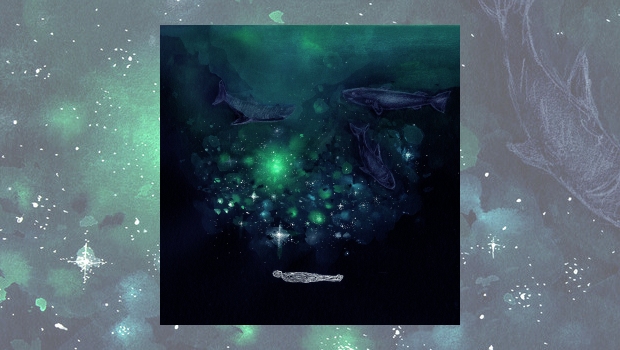 Giant Sky is the eponymous debut album of the new group project of Erlend AaStad Vikem, the vocalist, keyboardist and creative leader of the Norwegian post-rock group Soup. Joined by a large number of guest musicians, he has produced a diverse and eclectic range of songs spanning a variety of genres. More accessible than some of Soup’s output, Erlend incorporates elements of post-rock, psychedelia, alt-rock, electronica, dance grooves, indie, folk, ambient and progressive rock. He seems to have revelled in the creative freedom this project has afforded him.

I have had limited exposure to much of his earlier work, but that has allowed me to be open to the album as a whole and step, refreshingly, out of my ‘prog rock’ comfort zone to embrace the myriad of musical styles on offer. This is a very emotional listen and a beautiful sadness is indelibly woven into the lyrics and vocals. I do think Giant Sky works best as an integrated piece of work, and the visual interpretation of the music, released as a film of the whole album several months ago, creates an enjoyable and immersive experience. However, that is not to say that each track cannot be enjoyed individually, and I have attempted to do some justice to their complexity and emotion and describe them as best I can.

The opening track, The Further We Go the Deeper It Gets (Parts 1-6), begins with dreamy, reversed tape sounds (King Crimson-like, almost) before soft acoustic guitar and mystical female vocals, primarily those of Myrtoula Røe, weave a serene atmosphere. Piano is gently introduced, and the drums build up and gradually start to produce a rhythmic, space rock groove with keyboards and distorted guitars creating a swirling, cinematic soundscape – which increases in intensity over time. An amalgam of post-rock and psychedelia, in particular Soup and Mogwai, amongst others.

Broken Stone is an album highlight. Beginning softly, with simple guitar motifs and Erlend’s delicate, thoughtful vocals, the track effortlessly builds with delicate vocal harmonies, soaring viola from Liv Brox and intertwining keyboards and guitar creating a feeling of contemplation and serenity. However, mid-way through, the pace quickens and electronica elements produce a denser hypnotic and spacey dance beat with a catchy indie-rock vocal refrain over a vibrant keyboard-led soundscape. There is a swirl of influences here, with references to Tame Impala and Sigur Rós not out of place, and it stays long in the memory.

Interlude is a lovely, short, melodic mix of piano and flute prior to No Cancelling This. A distant train announcement introduces the sound of repeated, rhythmic keyboards supporting Erlend’s poignant vocals. The backing vocals are almost Iamthemorning in style here, yet a burst of power, supported by keyboards and guitars, breaks the spell before the earlier fragility returns. The spirit of Mariuz Duda and Lunatic Soul echoes on this track, for me.

Out of Swords also starts quietly, with acoustic guitar and folk-like vocals setting a ballad-like scene. Soothing harmonised vocals complement the drifting guitar, keyboards and string soundscape. Church organ and twinkling percussion heighten the melancholic, pastoral atmosphere. Dreamy and flowing, yet as fragile as a butterfly, Erlend is not afraid to give the music space to breath, with the lyrics almost an interlude between each musical motif.

The Further We Go the Deeper It Gets (Part 7) is an instrumental reconnection with the opening epic. Haunting voices and keyboard effects weave an ambient soundscape before a Floydian Meddle-style rhythm flows into the final track, Breaking Patterns. The tempo builds with the drums and pulsating instrumentation as the vocals of Erlend and Marina Skanche, and Ivan Ushakov’s flute combine effectively into an uplifting alternative-rock crescendo, with hints of Anathema. The dance beat constructs a strong foundation over which a range of instruments play. There is, once again, strong ensemble work here – although the wonderfully atmospheric keyboards dominate. Then, the whole sound slows to a stop, like a toy running low on power, with hints of the reverse taped themes from the album’s start.

Giant Sky is a refreshingly vibrant and accessible ‘smorgasbord’ of musical styles that is ‘progressive’ in the true sense of the word. Deeply emotional, dreamy and melancholic one moment but then powerful and uplifting the next, there is a coherence and contemplative quality that makes it well worth exploring, if you are a progressive rock fan open to music that is not afraid to break down genre boundaries.

(My thanks to David Smith for some insightful contributions to this review.) 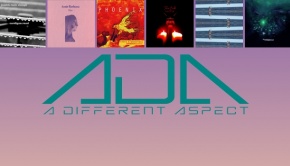