“I had a discussion with my good friend Jackie Morris, a writer of enchanting words and an illustrative artist of exquisite paintings, about where magic happens. She gave me the title and the rest of the song came from wherever words hang about and wait to find their new home… ‘Between a breath and a breath is where the magic lies.’”

The words of the late Judy Dyble, talking about the title track of her long-awaited collaboration with Big Big Train frontman David Longdon. Dyble Longdon’s debut album Between a Breath and a Breath is released on 25th September on English Electric (CD issue) with the gatefold vinyl edition on Plane Groovy.

There is indeed a magic in this marriage of musical generations. Judy Dyble was one of the pioneers of the English folk-rock scene in the sixties, most notably as a founding member folk-rock legends Fairport Convention in 1967 and vocalist with early seventies cult band Trader Horne, before turning her back on the music business, while over 40 years later David Longdon’s arrival changed the fortunes of Big Big Train, now one of the leading names in the progressive genre.

There is also a deep poignancy. The songs were written, Dyble’s words and Longdon’s music, before Judy was diagnosed with cancer, an illness borne with great courage to see the project through. Her death in July, shortly before the album’s release, has added a sad note to an artistic triumph with Judy’s performances among the finest of her career.

Judy withdrew from the music scene to concentrate on her family and business interests before being invited back to the Fairport fold in 1997 for a 30th anniversary reunion at Cropredy. To Judy’s great relief, her worries ahead of the event disappeared as ‘suddenly the years fell away’. Further anniversary appearances reassured Judy and showed that her passion for music had remained through the years and she made three albums with Marc Swordfish of Astralasia. As she revived her solo career she also made numerous guest appearances on albums by a host of artists.

It was at Big Big Train’s live performance at King’s Place in 2015 that Judy first met David Longdon. She immediately decided that she wanted to sing with him. “It was a Sunday afternoon”, said David, “and she came to the matinee with a friend of ours, who introduced me to her. I was a big fan.

“Judy asked if I would like to work with her. She sent me some great lyrics, which inspired the music, and over the years we’ve become good friends. Judy duetted with me on The Ivy Gate, which appears on Big Big Train’s Grimspound album. The Dyble Longdon album is a natural development on from this piece.”

“When I was making this record with Judy I was trying to invoke all my feelings about her, all of what I associate with her, like folk: the early Giles, Giles, Fripp, McDonald & Dyble. I’m trying to tap into those things of what Judy is about. It’s just been phenomenal, really, a great thing to work on.

“I like writing songs and I like collaborations and Judy and I became friends. It’s been a really great friendship and she’s been a great influence upon me and a positive person to have in my life. Hopefully I have been the same for her. It’s not been sedate, it goes to some really interesting places.” 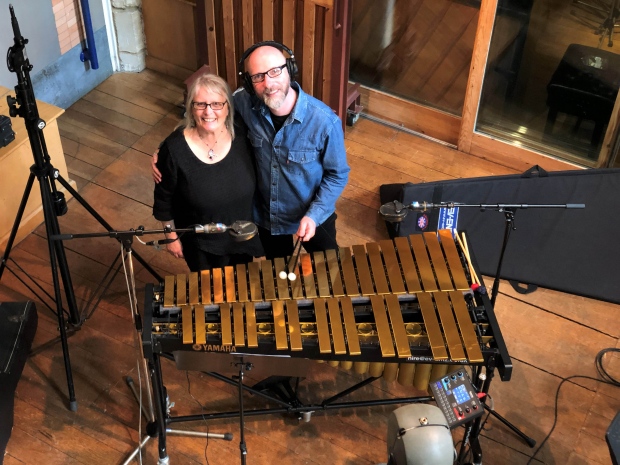 David was the songwriter with his early band, The Gift Horse, and when he moved to London he was signed to a publishing deal with Rondor. The move brought David a wider circle of musical contacts and he supported Van Morrison at the 1995 Ivor Novello Awards. David was also one of the final two candidates, in 1996, to audition for the position of vocalist with Genesis after Phil Collins’ departure. In 2008 he came into contact with Big Big Train founder Greg Spawton and joined the band for their critically acclaimed album The Underfall Yard.

This was a turning point, says David. “Until joining Big Big Train in 2009, I didn’t think the music stuff was going to happen. You get to a certain point and you think ‘Ok, that’s it, it’s all gone!’ It’s only when I started looking back into doing music actively, in 2009, that it took off when we made this record.

“Big Big Train, at that time, were looking for a new singer and with me they got a singer that could write and could play a number of instruments. It was said that I was the missing piece in their jigsaw puzzle, they were the missing puzzle around my piece! It worked very well.”

Very well indeed, but I had to ask the question, does David find it frustrating being compared to Peter Gabriel?

“It’s a blessing and a curse, I suppose”, he laughed, “because I remember at school, my friend’s girlfriend wrote some lyrics, poems, and I remember having these poems and improvising, you just do those sorts of things as a kid. That was the first time I was aware, when one of my friends said ‘Oh, you sound like this guy,’ (Peter Gabriel) and played me a copy of Foxtrot.

I commented that there was a soulfulness to David’s voice. 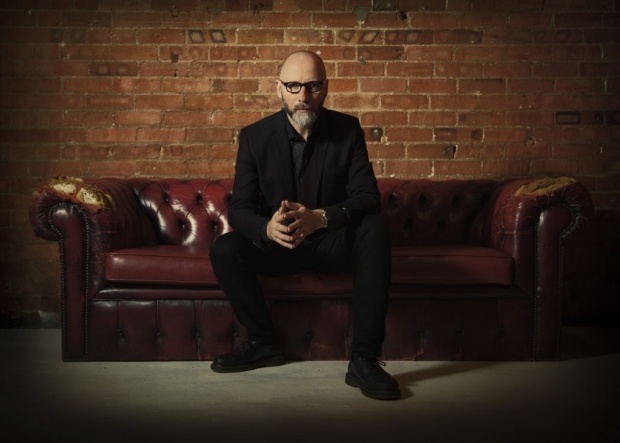 So what, I wondered, had got young David Longdon interested in music?

“My dad was very keen and listened to a lot of music. As a kid you watch things on television and listen to music on the radio. I was about the age of 7 or 8 and I wanted to learn to play the keyboard so my parents sent me for piano lessons, that was the first thing I wanted to do. When the home organ arrived, it was a modest instrument, my mum sat and played it and it was the first time I had seen someone I know sit and play a musical instrument. I thought ‘My mum can do that!’ and it was absolutely magical, watching somebody conjure something out of thin air. She was playing by ear, it was a simple piece, but I thought ‘If my mum can do it, maybe I can do it.’ She was my first musical influence.

“The older brother of a friend was into things like The Who, so a lot of his musical tastes like The Who and Led Zeppelin had an influence. My dad came home with a copy of Dark Side of the Moon – ‘A man at work thinks this is the best album ever made!’ – and that’s not a bad assessment, really!

“I played the flute as well, because at school you had to play an orchestral instrument. I chose the flute because it was small and I was lazy! Then I was hearing (American Jazz multi-instrumentalist) Roland Kirk and Jethro Tull. You, sort of, find your way and, what was The Beatles quote? ‘What you fail to imitate becomes what you are!’”, he laughs.

“I wrote, really, with the school band. I started writing because we needed someone to write music. We were doing covers but I began to write because I had more musical experience, it seemed to fall to me to do it.”

David’s first songwriting contributions to Big Big Train came on English Electric, Part One (2012) and Part Two (2013) with the band scooping the Breakthrough Award at the 2013 Progressive Music Awards. Having grown up in the industrial East Midlands, David’s interest in the arts and history have contributed to a wealth of experiences upon which he can call for his writing.

“There are things you think you are never going to use but then all the experiences that I’ve had are quite different things. You are doing different things, musically, sometimes and you do learn from the experiences. The trick is to keep going and it makes you want to write better songs. I’m a songwriter, that’s what I do and that’s how I process the world around me. I tried to let go of it when we had the family, but it was an itch that didn’t stop, I just feel better when I’m writing songs.

“If I had my time again, I could have done a history degree and kept music as a hobby. I went the music and arts way. I went to art college because there weren’t any music performance courses based on rock or pop music around at that time. They were all very formal, orchestral-type playing based around reading the dots and classical music. That’s not a problem, because you learn from these things as well. Art really impacted on me, the whole idea of concepts and conceptual art. I’ve written about artists, I’ve written about Tom Keating, I’ve written about Leonardo da Vinci. Again, all these things, ‘I’m never going to use that’, but you do! It, somehow, becomes part of you.”

Grand Tour (2019) has been Big Big Train’s most commercially successful album to date with David awarded the Male Vocalist of the Year in Prog magazine’s reader’s poll.

After a 17-year hiatus, Big Big Train returned to live performance with three gigs at King’s Place in London in 2015. The shows were voted Event of the Year by readers of Prog magazine.

“When we went out on stage for the first time and people were close. We didn’t know what they were expecting us to be like, because it was so long, about 15 years since they’d played live. The energy was just massive, it’s like a wall of sound that just hits you and it takes your breath away. I’ve got used to it, now, but, thinking back, it was amazing. Their enthusiasm for Big Big Train has been overwhelming, it’s been amazing.

“You can’t make that stuff up, it’s the genuine exchange. We write songs, we’re putting in our energy and they’re giving us back the energy of their response. To me it’s the full picture, the circle is complete. It’s a bit like communion, the energy thing, and I really like that.”

It was at this King’s Place event that David was introduced to one of his folk heroes, Judy Dyble. 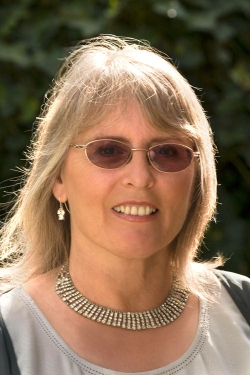 This collaboration with David Longdon is something Judy had hoped for for some time. “I first heard David sing with Big Big Train at King’s Place and immediately decided that I really wanted to sing with him someday. And here we are with a collaborative album, which I think is wonderful!”, she said.

Although she was fighting her illness at the time, Judy expanded on the subject matter of the songs: “The lyrics for these songs virtually wrote themselves, with minor tweaks, as music grew around them. All were written before I was diagnosed and before the dreadful virus stamped it’s footprint on our world.

“Quite a few of my lyrics have a touch of sadness about them but always, always with an optimism for the future and a desire to know what happens next. France, Whisper and Obedience tell stories suggested in conversations and Between a Breath and a Breath is sheer magic. Astrologers was a simple ‘Hmmpph! Stoppit!, while Heartwashing and Tidying Away were just poems which wrote themselves.” 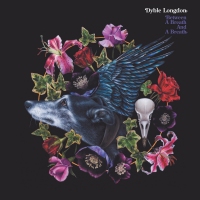