Before and after underground DJ pairing Steve Davis and Kavus Torabi got the pixies bopping at Glastonbury 2017, they hung out with friend and musical colleague Michael J. York, who lived in the town, and the idea of a band was born after a few jam sessions. Having been introduced to the transcendent world of the modular synth by Teeth Of The Sea’s Mike Bourne a year earlier, Steve was by then tentatively exploring the limitless possibilities of this enabling instrument. As a fellow non-musician, I wish I had the time to do something similar, as Steve’s journey to a degree of competence sounds like a fantastic trip. As Steve says “…The instrument has the ability to create whatever your imagination can deal with”.

Back to the first jam sessions in Glastonbury a couple of years ago. The trio played back their three hours-worth of improvisations and found that it was good. The band name arose from the blue yonder, and “…reflects the fact that… the music felt pretty euphoric and otherworldly. It was very psychedelic but also strangely wonky”. “Wonky” is one of my favourite words, and if that’s what this music is, then that’s a good start.

The album takes a Kosmiche wander through inner and outer space and is at peace with itself and the universe. One is reminded of Cluster and Eno. Michael J. York’s ability on various pipes adds another dimension to the heady mix, and the sudden interjection of his bagpipes into the building swirl of the technicolour Brainsurgeons 3 is the needle-spiked rush that propels this alien techno over the event horizon.

Another surprise arrives in the following and concluding track Moonchild, with the hymnal multi-tracked and enchanting vocals of Katherine Blake (Mediæval Bæbes/Miranda Sex Garden) slowly evolving out of the ether to eventually become the body of the song, guiding the track through its stellar drift. The woozy sway will set free stuck minds.

As is the way with true Kosmische music, this all comes across as ego-free, and indeed, Kavus confirms this, saying: “In twenty years of making records it’s certainly been the easiest and most enjoyable to make… There was absolutely no conflict, and… in my experience that’s a total fucking miracle”. Steve describes the whole trip as “surreal”, and it sure sounds that way. That is a good thing by the way!

Finally, the two-colour vinyl edition, encased within a gorgeous foiled sleeve is a work of art in itself, and yet more proof, if any were needed, that the 12-inch vinyl LP format is the aesthetic home of music-as-artform. All credit to the designer, one “Johnny O”.

This has been a fairly short review, as I had a brief chat with Steve that will now conclude this scribble… 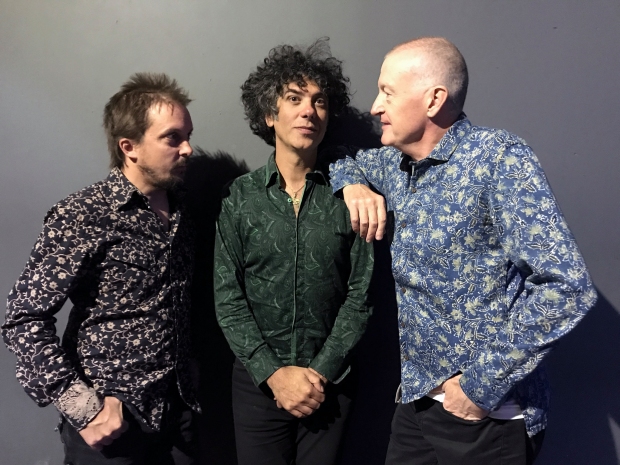 Roger: Hi Steve, and thanks for agreeing to a few Qs re the band.

How long did it take you to learn the rudiments of the analogue synth? I understand you were aided by Mike from Teeth Of The Sea?

Steve: It was Mike Bourne who got me interested in the modular synth after watching him with Hirvikolari at Cafe Oto few years back, but I’ve currently had most of my actual tuition through a couple of lessons with Matt Preston from Matttech Modular, and also from interacting with Mike York since we’ve been improvising and playing together. The rest I’ve picked up from the great online videos out there. Especially DivKid’s

Roger: Did the tracks evolve naturally, or was there a more structured writing process, perhaps guided by the two “proper” (sorry!) musicians in the band?

Steve: The tracks were the result of the three of us deciding to hang out and make some improvised music on 2nd January 2018. Fortunately Mike (York) recorded everything right from the first effort! We listened back that evening and were astonished with the outcomes. We then decided that maybe we could shape these pieces into actual album tracks. Out of 9 improvised pieces we got 8 tracks we were delighted with. It felt like a magical day had unfolded as 8/9 seems an amazing strike rate!

Roger: Certainly is! How did you find the recording process? Was it easier (or harder!) than you expected it would be?

Steve: Once we had decided to make an actual album, we set about sculpting the improvised pieces into more focused events. This process didn’t seem hard at all, and we just hung out more often, and had a shed load of fun when we could all find the time to work on them. During the rest of 2018 we had large amounts of time where we were listening back and making judgement calls on the direction of the tracks.

Nothing was rushed, and I think this process has served us in good stead. I think Kavus and Mike were great in this department and they had a wonderful ear for what to keep and what to throw away. We added extra acoustic and electronic overdubs where necessary and we were all involved in this creative process. I think we all came up with good ideas and I feel this was helped by the fact we all seem to have the same musical sensibilities and taste in music.

Roger: The gig (5th September 2019 at Oslo, Hackney, supporting Teeth Of The Sea) was really enjoyable. Exactly how terrifying was it, making a live performance debut – I ask as someone who has never had the guts (or the talent) to do anything similar!

Steve: This whole thing is totally surreal for me! So far I’ve been a bundle of nerves, but I’m starting to enjoy the gigs now, and leave the nerves behind in the dressing room. The fact that we are improvising every night is in some ways more terrifying, but in other ways easier to manage mentally.

Since I retired from snooker things have gone quite mad. It’s all actually as a result of saying ‘YES’ to things. Kavus and I got asked to DJ live (instead of just doing our radio show) at Bloc Weekend in Minehead in 2016. We didn’t really think we could do it but we said yes. It got a fair bit of publicity and within 3 months we were standing on the Stonebridge Bar stage at Glastonbury DJing there! The worst thing that could have happened was that we messed up but just having the guts or maybe just the state of mind to say “So what’s the worst that can happen?” is a great attitude to have.

We had no plan to make an album, and there was never a plan to do live gigs, but I’m so glad we have done! It’s been brilliant so far and the worst that can happen is that we have a bad gig. Our plan though is to make our bad gigs better and better until our B game is pretty damn good!

Roger: I was right at the front for the gig – what exactly were you doing? Sounds like a daft question, but all those wires, plugs and whatnot must be for some purpose. I saw you concentrating quite fiercely on a particular knob for twiddling!

Steve: With a modular synth in a live band improv set up, from a twiddling perspective it can be a number of things from volume control, to adjusting the filters, or resetting clock dividers and sequencers, but it’s seat of the pants stuff as you are also trying to listen to the other band members and what they are doing. It’s a massive learning curve for me but it’s a great challenge. Mike and Kavus are also enjoying the improvising freedom and challenge so we are very much a team even though I’m the only newbie to the stage.

Roger: Was there a setlist as such, or was it all improvised from a basic structure? I thought I recognised a few themes from the album?

Steve: No setlist at all. We have set our stall out in very much The Necks mold. I’m not sure we even have a basic structure laid out. It feels like all our rehearsals and get togethers work best when we plan the least. However we are realising that we currently have a certain “sound”. Our live shows so far are very similar to the original 3-track recordings we made the album from. Any themes that are occurring is no doubt The Utopia Strong unique fingerprint being formulated and established.

Roger: Yes, I can see The Necks parallel, a great band to aspire to! Are there any plans for The Utopia Strong to headline in their own right? (I’ve since noticed one is the day before my birthday, which sounds like a good way of welcoming in another year!)

Steve: Yes we have a number of dates in November/December where we are headlining. (Linked HERE) That’s quite daunting I suppose but to be honest we are having so much fun that we are going to embrace every show and hopefully some magic happens on stage more often than not.

Roger: Well, thanks for taking the time to answer my questions, and I look forward to seeing the band again. 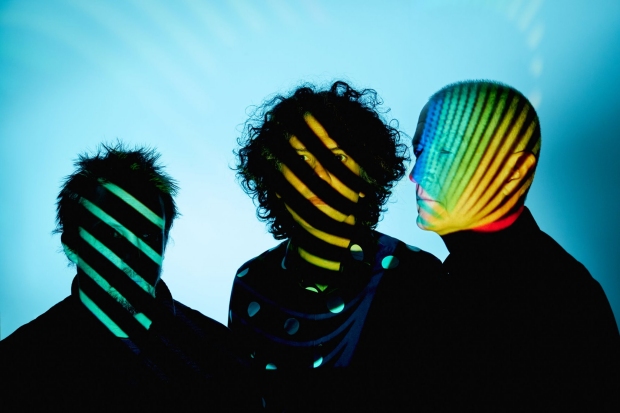 [And I did all that without mentioning Snooker Loopy! Ah… ]