Edgar Froese was planning for Tangerine Dream to continue after his death, as we now know from the release of Particles and Quantum Gate in 2017, but this interview took place about 8 months before he sadly died in January 2015. John Wenlock-Smith and Roger Trenwith were able to ask Edgar some questions about Tangerine Dream’s longevity and how their music has influenced and changed Electronic Music for an interview that was originally destined to appear on DPRP.net but was never published. Edgar gave considered responses and appreciated what he regarded were insightful questions. The interview is now offered here, in light of Edgar’s passing and to help to contextualise all that has happened since. As John says, “I’m very proud of this article, it was a privilege to speak to someone who has changed my world so significantly.”

When Tangerine Dream started, Klaus Schulze was briefly in the band as a drummer. Have you followed his electronica career at all?

Just through the early years of his career, his perspective towards a musical approach was very different from the way we have chosen it within the last decades. But nevertheless, he has definitely set some corner points of modern sounds and music structures which made him an integral part of electronic music development.

In the early days Tangerine Dream was associated with the Krautrock scene. Were you aware of any feeling of belonging to a musical movement?

I personally never ever felt obliged with that term, I don’t like it and honestly I’m not sure if the founder of that term knew precisely what it meant in the first place. To me it sounds irritating and discriminating, somehow absurd to be associated with such dusty drawers of musical descriptions. 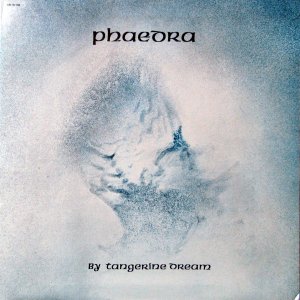 Phaedra is 40 years old now and it still sounds great – why do you think this album has retained its magic and sustained such longevity throughout the years?

A very simple explanation: It wasn’t bound or associated to any musical style or music development when that record came out 40 years ago. Any fashionable term back then was not correct in any way to describe the sound or rhythm structure of Phaedra. And even today most people haven’t understood the way electronic sounds need to be composed in order to create a remarkable piece of music.

Phaedra is one of the founding albums of the electronic music age and has influenced scores of musicians, from, well, just about anyone who has dabbled with a synthesizer really, but how do you view it now 40 years on, would you change or add anything to it?

Apart from its freshness and vital input it has been a snapshot of a few days in a studio in Oxford. You can’t transfer such circumstances in which the music was recorded into another age or musical period. Phaedra is what it is, it can’t be repeated and stands for a moment in the entire musical history.

So this is the final tour after some 40 plus years – amongst the many, select a few highlights over the years of touring the world.

That’s true. We decided to concentrate our energy towards special events around the globe and to give up enervating and cost intensive touring for weeks and months like we did in the past.

Tangerine Dream have played in many weird, wonderful and momentous places – tell me about a few that stand out for you, for instance Coventry and the other English Cathedrals in the early ’70s, the Berlin Wall in the late ’80s, and Tenerife a few years back.

The correct answer would fill a whole book easily. Each event has its own story which includes the fabulous moments and some ridiculous disasters – all in the same neighbourhood. Reims was sensational because of the place itself and the outrageous reaction the church came up with (a lifelong ban from Catholic churches!) because of the attendance of more than 6,000 people in a 2,000 seats venue. Berlin our old hometown has always been a “blood, sweat and tears” place with a “love and hate factor” and playing a gig among all the great astronauts with Brian May on guitar three years back was also a very remarkable moment within our career.

I first saw you in Birmingham Town Hall in October 1975 (my fourth ever concert) and the whole show was played in the dark – obviously you’ve moved on considerably from those days. Any recollections of those early tours or instances you could relate?

We had a very simple motif to leave everything in a dark stage set because it was an important hint to the real star of that show: the music itself! I myself always hated that “ego tripping” performance to show the rest of the world which lessons I’ve learnt in my quiet chamber at home, that never was the message the band wanted to present to the audience. 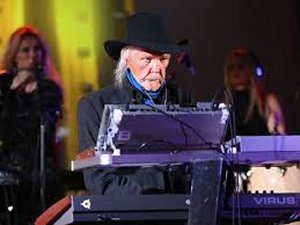 On this final tour will you be playing Phaedra in its entirety. Are there any surprises planned with ex-members popping up to join in the celebrations/fun, and are there any plans to record a final live CD or DVD of these shows?

The show will be filmed in London, we can’t play Phaedra entirely but have some sequences out of the album in the set list. Definitely no older colleagues will join us on stage, we don’t see any musical reason for such “surprises”.

What’s next for Tangerine Dream after you hang up your touring shoes as it were – will you keep recording, either as TD or solo?

We move straight back into the studio for composing and recording two film projects and preparing some special events for next year in North America.

What are your recollections of recording Phaedra the album all those years ago?

I have nearly finished my autobiography, Force Majeure, which is due for December 2014 or early next year and the entire recording of Phaedra will be told in a longer chapter of that biography. There are a lot of secret stories around this recording session in an old Manor near Oxford in the English countryside.

Do you think you would consider doing any one off shows either with Tangerine Dream or solo in the future?

There are quite a few one-off shows in the pipeline for next year. Currently I’m just concentrating on the band rather than working on my solo stuff.

What form will these final shows take, what else will you be playing in the set, any surprises from the archives? And who is in the band that will embark on the 2014 tour?

The last long tour will and should have as many highlights as possible which have been composed through all the decades. Of course I would like to come up with a set list here and now, but I’m sure that our audience will enjoy what we have to offer. The band consists of Thorsten Quäschning (Keyboards), Linda Spa (Flute and Keyboards), Hoshiko Yamane on Violin and Cello and smaller voice sounds and Iris Camaa on V-Drums and Percussion.

Your live shows this time feature the world premiere of the soundtrack to William Friedkin’s Sorceror in Copenhagen on 3rd April. What made you choose to do that, and was it difficult to rehearse?

We have recently performed the entire score of Sorcerer in Copenhagen for a special film festival event with great success. William Friedkin, the director of Sorcerer, was present as well and we enjoyed meeting and talking about the making of the film. On that tour we will play just a few titles out of that score. Rehearsals of older compositions which have been produced with equipment which doesn’t exist anymore is always challenging. 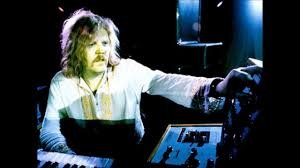 The Phaedra album along with Rubycon, Ricochet and Stratosfear are for many the “Golden era” of Tangerine Dream and were their initial introduction to the band. It was a highly prolific period for you both with TD and with your own solo albums Aqua, Epsilon in Malaysian Pale and Ages. How did you manage to sustain such creativity?

You have to love music more than anything else. Also the desire for new sounds, new ways of expressing yourself through a variety of production methods is the driving force behind our creativity. Finally you are not doing it just for yourself, many thousand people all over the places must have felt the same vibrating pulse through the years, otherwise we wouldn’t have such an interesting community of followers.

Are there any plans to remaster any of the early albums in 5.1? They would sound great, I’m sure! Or to release these as “Definitive editions” with bonus tracks and other music that are all the rage at the moment?

That process is indeed very interesting and is also an important point on our agenda. Only problem here is the schedule we have to follow, you can’t do more than one production on a high level of quality at the same time.

The band will be appearing on this year’s Cruise To The Edge – have any of you played on a boat before? I hope none of you get seasick!

Yes, meanwhile we did play the Cruise To The Edge concerts through the Caribbean sea and enjoyed it very much, a great experience. Lots of interesting colleagues, better to say “legends”, on that huge vessel and great moments of musical memories. Finally, none of us had any problems with seasickness.

Are there any musicians currently playing you would like to collaborate with?

From time to time we’ve been joined by great musicians from the premium league, which is fun and in some ways an interesting musical interaction. But there isn’t an absolute need for someone who has to help us doing what needs to be done. Working with our very special equipment set-up, isn’t that easy for people who are just part of the group for one or two gigs. It can be quite complicated so to speak.

What new music is captivating you today, and what music influences you nowadays?

If you´ve reached my age there is very little music you haven’t heard or tried to understand. Music or the sound of an instrument, the outstanding playing technique is something which has to attract you in the first place. After so many years, the moments are becoming very rare to find such challenging hidden musical sensations.

Any final thoughts now you seem to be bringing touring to an end. What will you miss most and what will you be glad not to have to contend with anymore?

I definitely will not miss anything, the experience through 45 years is living within me and whenever I feel obliged to a certain piece of music or a period of my career I just have to dive into my memory system to find out if it was worth all the struggle, joy or pain. Finally everything is very simple. 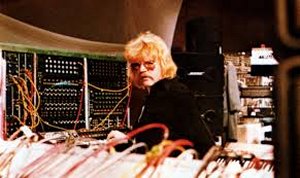 Thanks for your time in answering these questions.

Thank you very much for this profound interview,
best,
Edgar Froese

With many thanks to Joris Donkel.