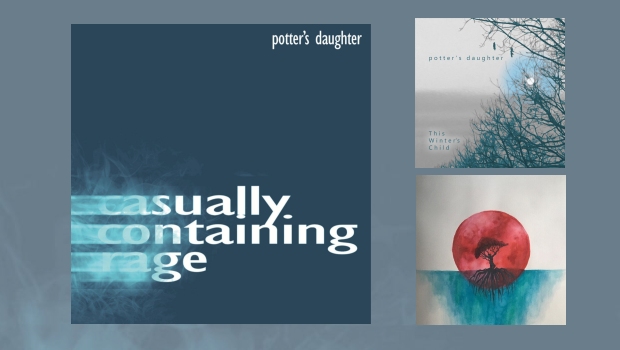 I have to admit this review started a couple of months ago, and then simply as an ADA review of the band’s most recent release, the Casually Containing Rage EP. For one reason or another, it just didn’t come to fruition, however not all is lost and the interim period has seen me frequently revisit their debut, as well as the two singles released in-between.

So to recap, since the release of their critically acclaimed 2018 debut, The Blind Side, Potter’s Daughter have released a series of singles and an EP. The latest of these is the Casually Containing Rage EP which emerged in mid-September. But before offering some thoughts on the EP, let’s take a quick glance at the two preceding singles.

The summer of ’19 [ there’s a song title in there somewhere 😉 ], saw the release of Blood and Water, which attracted much attention from the prog fraternity as it included one Annie Haslam. The song’s folky blend of progressive rock, combined with a touch of theatre, was an ideal fit for the Renaissance vocalist, who, coupled with Dyanne Potter Voegtlin’s voice, created a match made in heaven – and if this vocal arrangement wasn’t enough, the first version of the single rests on a funky undercurrent embellished by some rich melodic guitar work from Amit Chatterjee. The digital ‘B’ side is a stripped down version of the track, but one that brings a wonderful and commanding piano performance from Dyanne to the fore. The vocals remain the same, but the track itself takes on a whole new existence. Stunning!


Moving forward to November last year for This Winter’s Child, a somewhat seasonal sounding track, which certainly captured the spirit of Christmas with its rather unique blending of styles. Based around Dyanne’s rippling piano and sweet hymnal vocal delivery, the track gradually unfolds with some tasty flourishes on guitar, accompanied by rich layers of vocals. Also stunning!

So finally we arrive at September 2020. With little or no end in sight to the current coronavirus pandemic, it might seem a strange time to release a CD EP, but like so many musicians across the globe there is the need to remain creative and productive, and for many, also the ability to earn and put food on the table.

The EP offers three tracks with contrasting styles, typifying the creative and versatile output of Potter’s Daughter. They certainly have a sound of their own, Dyanne’s voice ensures this, however there isn’t a single pigeonhole to categorise the music.

To My Love is a clever reworking of a track from PD’s debut. Unlike the earlier bluesier version, the re-imagined version is book-ended with a cyclical, reverb-drenched motif and Dyanne’s haunting vocal. The track gradually moves into a compelling, restrained funky groove, courtesy of multi-instrumentalist Jan-Christian Vögtlin, before dissolving back into multi-layers of vocals. A great take on the original.

Another great reworking appears in the cover of Warren Zevon’s Accidentally Like A Martyr. The slower tempo employed works to great effect, allowing Dyanne to breathe new life into this stripped down version.

And finally we have We Could Be, supporting the Black Lives Matter movement. The poignant repeated chorus line urges the listener, by suggesting “we could be better than this, we could be so much better than this”. Interspersed across the song is actual commentary from radio broadcaster David Greene. All in all it’s a powerful message and one that comes across strongly, and here I would suggest, down to the subtlety of the music. Opening with Rhodes-style piano, the jazzy chords hint at Messrs Becker & Fagan, whilst the modern percussive sounds employed offer a contemporary notion.

While we wait for the sophomore album these two singles and EP amply demonstrate the versatility of the Potter’s Daughter ensemble, and bode well for the next release. 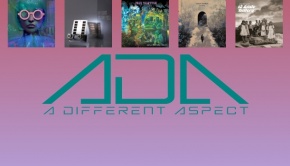 Potter’s Daughter – The Blind Side →