I’d been looking forward to this.

It all started for me with a Facebook Messenger message from an extremely excited Ken Wynne, swearing me to secrecy about a new band led by Terry Chambers, the original drummer for XTC who played on all their albums up until 1983’s Mummer. Terry Chambers has been described as:

“Terry, the chap that is still one of the most influential drummers Britain has ever produced.” [Neil Barlow] 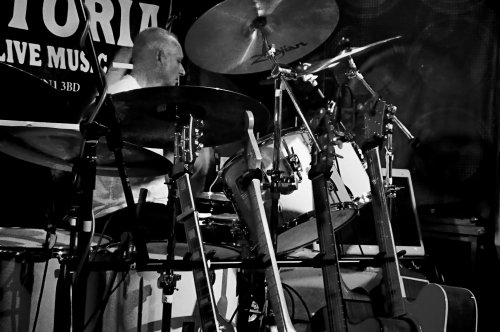 Terry went on to drum for Dragon and released an album in 2017 with Colin Moulding called Great Aspirations under the name TC&I. Now Terry drums for EXTC, whose mission, it seems, is to carry the music of XTC into the 21st Century. 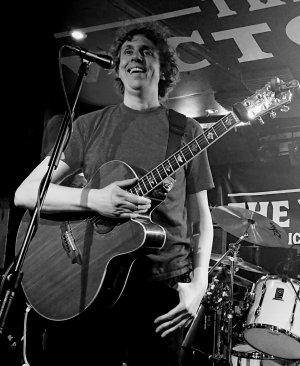 We should all know who XTC are (is?) but who else is (are?) in EXTC? Steve Tilling and Matt Backer from CIRCU5, the latter ex of ABC’s live touring band, are involved. Ken Wynne from the symphonic progressive metal band Spiral Key is on bass and Gary Bamford, with half a dozen albums and 300 musical compositions under his belt, plays keyboards and guitar. EXTC would be playing XTC and TC&I songs, and I had the absolute privilege of being put on the guestlist for a special gig for family and friends of the band in early March as a warm-up for further dates.

Well worth a few days off work. I could travel even further west and see family! How could I not go? In fact, in for a penny… I also bought tickets for the public version of the gig that was to take place in the same venue the following evening.

Right then! Why should you care that a band is doing XTC music? Isn’t it just another tribute act? Is Steve Hackett a Genesis Tribute band? Is any band with Terry Chambers in it an XTC tribute band? Are the tens if not hundreds of people who go and see Hackett concerned as to whether this is a tribute act? If you are asking these questions, you’re in the wrong review. Or at very least, you’re over-thinking it. Brass tacks: The music of XTC deserves to be played live.

XTC are much loved. You might say they have acquired cult status. And this is their home turf. Under the circumstances, I wondered whether it might be at all daunting to perform these deceptively convoluted, sometimes jagged pop songs, from such a highly revered band. I mean, Andy Partridge is hailed as a genius, right?! But then, with this line-up how could it fail to be good? 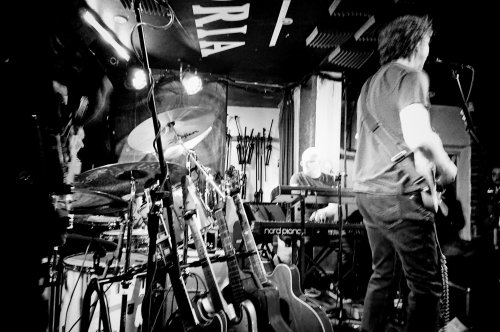 From note one of This Is Pop, this was a band whose love for the music of XTC transcended any potential apprehension they might have had about playing it (even with Dave Gregory in the audience). In reality, I don’t think there was any apprehension in the first place, and if there were it had dissolved by note two. Or perhaps note three.

It’s an intimate little venue, the Vic. The stage is tiny; so small that Matt had his guitars on racks off to the side of the stage on the punters’ floor, if you will, where I stood for the first set. I say “floor” – there was more electrical and audio leads than floor. The sound seemed great from where I was standing, despite standing, effectively, on the artists’ side of the monitors. I had a great view of the whole band and Steve Tilling, the consummate showman, was evidently revelling in his part. 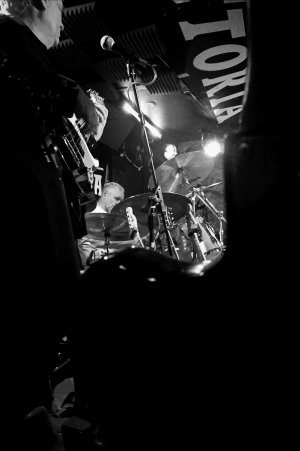 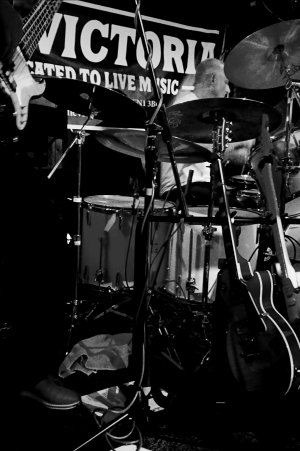 It was mostly all roses, but one small gripe: Matt Backer’s harmonica didn’t work well in the opening bars of The Ballad of Peter Pumpkinhead. I wonder whether this was due to it being a tricky thing to put through the right signal chain to his wireless in-ear monitors. Nevertheless, I found myself singing along loudly to that one as it felt very much like a joyful close to the first half of what turned out to be a mammoth set.

After a short break, I’d moved to the front of the stage to get a more “what it’s like for the audience” feel for the sound. EXTC opened the second part of the show with a much more toned-down song; the poignant and lovely Dear God. It made me realise just how much of the subtlety of the musicians’ playing can be lost in the excitement of a full band performance. Steve Tilling made no attempt to emulate Andy Partridge, and showed that his voice was different yet still perfect for this and the more Partridge-heavy songs. But when it came to them all strapping on their Fenders, including Gary Bamford, they showed just why there is no substitute for a crisp, strong, live band, backed by a tight, confident drummer who oozes feel for the songs and drives them along in a way that simply must be experienced. Sgt. Rock was as heavy as fuck. 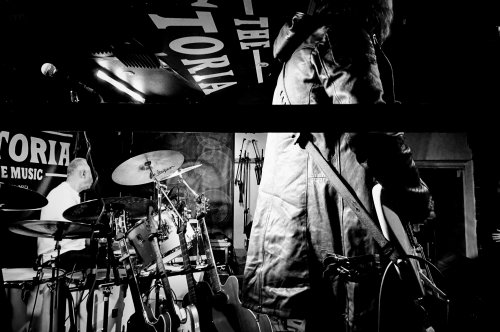 By now the crowd were even more involved than they had been in the first half. Properly involved’ there was much fist-pumping and lots of singing, even from this timid little chap. Generals and Majors became a sea-shanty of a sing-along. They closed the second set with Making Plans for Nigel, which is driven by the rhythm of the drums. Leaving the stage was little more than a formality. You could tell that the band was buzzing and EXTC wasted no time in getting on with the encores and they were just splendid. Then, suddenly, it was all over! 27 songs done in what seemed like a flash! And I was buzzing. 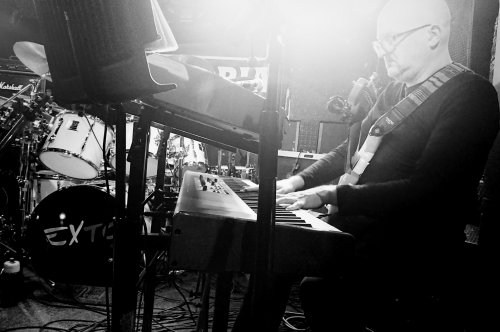 The following day I went along to the “punters” gig. Weirdly the room was full of the tallest audience I’d ever stood nose to knee with. Despite trying to squeeze my way around I just couldn’t see a thing. So full was the little venue that it felt as if it could burst. There should be no problem selling out more gigs! This was possibly the most over-sold gig I’ve ever attended! But those tall people in attendance and the odd short person were all overjoyed at the occasion, at the performances, at the music… and even though I caught but fleeting views of the top of Steve’s head, Matt Backer’s nose and left eye and didn’t see Terry or Ken or Gary once, the gig filled me with joy. In any case, I was more than compensated by having the best of all views the night before, and in any case, I could hear the music, and once again, EXTC nailed it.

I tell a lie… I think I saw Gary once. He wore a woollen hat.

I strongly recommend trying to get to see EXTC. 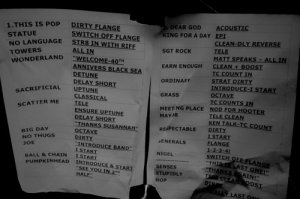 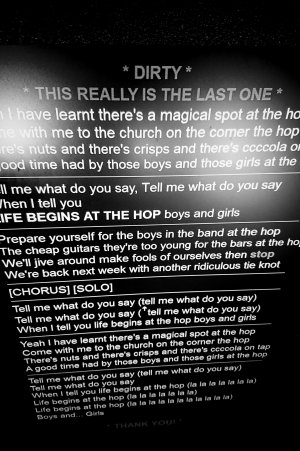