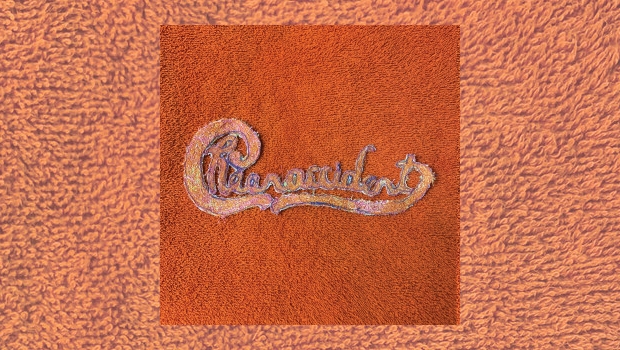 It was way back in the early 2000s that I first heard about Cheer-Accident (deliciously and legendarily named after retail get well card descriptor labels, for cards for those recovering from a mishap, I understand), and they had already been going for some years even then. Their Not A Food album intrigued me with its angular semi-metalloid pronkery, whilst Enduring the American Dream and Introducing Lemon cemented their cherished place in my musical world, drawing comparisons to Rock In Opposition heroes the likes of Henry Cow, Sleepytime Gorilla Museum and label-mates Thinking Plague. Comparisons are tentative and vaguely suggestive at best, however, as Cheer-Accident are ultimately indefinable and un-categorisable in any real meaningful sense. They are a band which has to be fully experienced in an aural immersive experiential sense.

So, fast forward 20 or so years, and here we are at Cheer-Accident’s 20th album, Chicago XX, and I have to say that I have almost struggled to keep up with them recently. Whilst Enduring The American Dream was almost five years in the making, the last four years have seen no less than three Cheer-Accident albums emerge, Putting Off Death in 2017, Fades the following year, and now Chicago XX (by my reckoning, their twentieth album, excluding early cassette releases and one compilation). The title and artwork clearly (presumably) a tribute, or reference anyway, to fellow Chicago band, erm, Chicago (!). Not sure if this is an in-joke, but anyway (I guess that means I don’t quite ‘get’ this element, but somehow love the oddness of it…). Whilst relatively prolific in recent years then, there is definitely no letting up in terms of quality from the band, who have once again turned in a sterling opus in terms of creativity, compositional flair and execution. Long time fans, I predict (myself included) will surely not be (and, in the case of me, aren’t) disappointed with this album.

All of what I have come to expect, including the blind-siding twists and turns, are present and correct in this release, by my estimation (nay, conviction!). Cheer-Accident manage to straddle the golden line between commerciality and dadaist avantism in many places throughout this fabulous release. Like Something To Resemble, with its ’60s feel, strongly reminding me of Ween’s White Pepper “tribute” to the Beatles, building on a relentless infectious riff and adding beautiful trumpet flourishes. My absolute favourite track (albeit amongst many) has to be Life Rings Hollow, which again evokes late ’60s to early ’70s musical sensibilities, redolent of West Coast bands of the era (sounding almost uncannily like prime time Spirit in places), the repeated chorus refrain of the title of the track somehow turning an apparent despairing notion into one of the most life-affirming spirituals I have heard in many months. I Don’t Believe constructs a fabulous multi-layered polyrhythmic omniverse of sonic sensibilities, which sounds so simple at first listen, but reveals more and more complexities (presented so simplistically) the more the listener unfolds and explores the musical onion. In fact, if there was a conceptual theme (in terms of getting your head around the music, rather than any meaning as such) for this album (and probably many other Cheer-Accident releases), that would probably be it – everything is much more complex than it at first seems. The listener eases open a musical door which yields creakingly yet readily, and at first seems like it has only one additional entrance leading off it, but when the aperture is nudged open, a multiplexed rhythmic and sonic hall of mirrors gradually yet imposingly, though compellingly, unfolds like a peacock’s wing splaying and reflecting aural iridescence throughout the listening space.

As well as marvelling at the crafted musical construction and execution of Cheer-Accident releases, I am also frequently intrigued, fascinated and challenged by the lyrical imagery. This is an opus of textural presentations of concepts from seemingly Dada obscurantism to developed meaning unfolding to the listener mirroring the musical sensibilities afore-described. Each listener should reveal their own interpretations, but to me I Don’t Believe describes the quest to find meaning in a seemingly meaningless world, whilst musing the concept of the transmutation of energy matter beyond corporeal existence. But whatever.

I’m not sure if this review will really put across how amazing this album is, and how essential it is for this to be in your musical world, but if only one person is interested enough to check this out and add it to their musical pantheon, that’s good enough for me. Cheer-Accident deserve a much wider audience than they currently enjoy. Put it this way – I wasn’t even halfway through my first listen before ordering my own personal advance copy via Amazon. 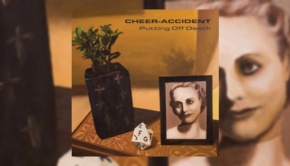