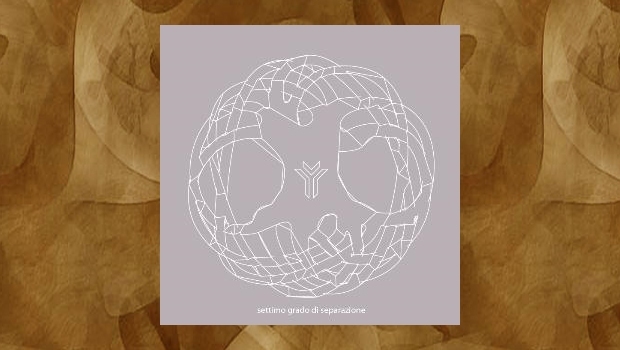 A name like Yggdrazil can’t help but leap off the page right at you. The Italian band have taken their name from Norse mythology; if Wikipedia is to be believed, then the Yggdrasil is the large tree in those myths that connects the sky, the earth and the underworld.

Fortunately, it is not only Yggdrazil’s name that is so striking. The band’s sound is typified by tight, complex arrangements taking the listener to dark worlds. There is a clear metal dimension to the music, but this is not overpowering, nor does it dictate the band’s direction. In fact, it can be quite difficult to depict any sort of direction at all; the compositions are often wildly unpredictable, an icy smorgasbord of murky ideas.

That’s not to say the music won’t grip you though. Whilst unpredictable, the music is very consistent, save for a couple of dreary passages here and there. Yggdrazil have a distinctive grasp on the progressive genre; the ability to combine raw, dark power with tight musicianship and interesting arrangements, a trait found in only a handful of bands these days.

However, even that doesn’t do them justice. I was scratching my head to try and divine what made their sound so different from other prog bands before it hit me. It wasn’t what was there that I was looking for, it was what wasn’t there. No keyboards. Without a keys player, there is no room for rich, lush arrangements, putting extra emphasis on the quartet to make things as exciting as possible with only vocals, guitars, bass and drums to play with. And boy do they manage it! It is this lack of keyboard that makes their sound so unique, giving the album a very claustrophobic feel.

The band do toy with their audience; in the very first minute, the band begin by playing an uncharacteristically upbeat and pleasant theme, lulling the listener into a false sense of security before diving into the inky depths they are better known for. Lyrics are split 3:1 between English and Italian, though chances are you won’t be listening to them given Francesco Graziosi’s wailing falsetto.

This is an album best enjoyed in a single dark sitting and given the album’s length of just over 42 minutes – the golden album length if you ask me – then that shouldn’t present too much of an issue. However, the problem with these complex, dark arrangements is that they aren’t all that memorable. This is a problem I’ve previously encountered with another superb and underrated band, Birds and Buildings. Though you’ll be enjoying the album upon your listen, it’s easy to forget about the tracks afterward. This can also be seen as a plus: each listen is like the first, so it will increase the ‘shelf-life’ of the album inordinately.

As a reward for listening to the 2005 album, the band’s new record label Psych Up Melodies have appended four bonus tracks to this re-release, imaginatively titled Bonus 1 to 4, totalling over half an hour’s worth of music. However, these bonus tracks are rough demos, and do not exhibit the great production quality of the album proper. Still, they are a welcome addition to this obscure yet fantastic album from a band who should have seen a bit more of the limelight.