Firstly let me say this has been a much harder than expected exercise, partly because so much good music has passed through these hands in ten years. My final selections focus on more mainstream progressive acts, as that is my preferred style of music. 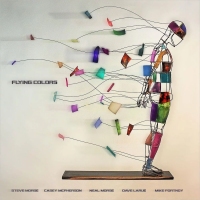 In September 2012 I travelled to London to interview Neal Morse, as well as to see the London debut of Flying Colors. Prior to this concert, I’d only heard one song from the band, on a Prog Magazine CD, but was so taken with it I bought the album immediately.

I was especially taken by the strong use of melody that runs throughout this album and the truly fantastic guitar work of Steve Morse. The relatively unknown, then, Casey McPherson is an excellent vocalist and along with Neal Morse makes for a winning combination.

The approach Flying Colors took on their eponymous album combines strong melodic songs with progressive tones woven through them. 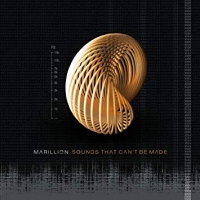 I came to this album late, even though I was an attendee at Marillion Weekends in 2013 and latterly 2015, where they played most of the album across the three nights. Sounds That Can’t Be Made is an emotionally draining album that deals with ‘big’ subjects in a sympathetic way. From the haunting and challenging opener of Gaza to the raw The Sky Above the Rain.

A well crafted and fine set of pieces that really do bring emotion and colour to the fore. Best tracks for me are the title track and The Sky Above the Rain.

This is an album of real beauty and strength and one that rightly deserves a wider audience. A blinding release… 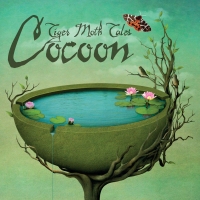 Cocoon came from nowhere and really created quite a buzz. The album is centred around a highly evolved and well-realised style of storytelling, with strong Genesis/Steve Hackett stylings and featuring Peter’s multi-instrumental skills and terrific sense of humour.

A set of memorable and eloquent set-pieces which show great imagination and construction, and all with a wistful nostalgic feel, mixing whimsy and style beautifully.

A light and airy trip down memory lane with a few little twists along the way. 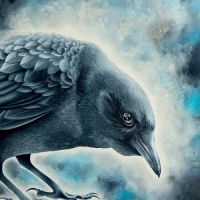 I was recently reminded of this wonderful album when my wife Sue and I made the long trip to Basingstoke’s Anvil to see Big Big Train. It was an evening of splendour and great emotion as the band delivered the set that they were going to unveil at Night of the Prog in Loreley. Sue is from Yorkshire and loves brass bands so when the brass section kicked in with the intro to Folklore it resonated immediately.

Folklore effortlessly blends more traditional progressive instrumentation, with prog values of yore, but delivered in such an imaginative and engaging way. 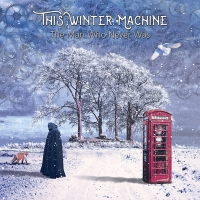 I had the privilege of reviewing this fine album, for DPRP, noting that it would sit comfortably alongside the output of Marillion, whose fans would, I feel, relish the subtle timbres of tracks such as The Man Who Never Was and The Wheel. This Winter Machine’s style of music treads a similar sort of furrow. This opinion was further developed when we saw this group deliver a lunchtime set at HRH Prog in Wales, where they were one of the standout bands of the day.

In his review of the The Man Who Never Was album my TPA colleague wrote: “As a debut album, it is a remarkable achievement and magnificent success. It exudes a careful and inventive creativity, embodied in music which seems to flow with natural elegance and sophistication and awash with lyrical subtlety and imaginative suggestion. From the start it is hard not to be impressed with the scale of the vision being presented, fascinated by the persuasive commitment of the playing and the encompassing expansiveness of the musical canvas being painted.” 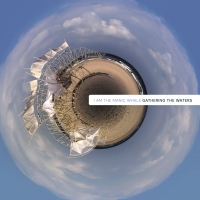 This is another truly fabulous album, their second, released two years after the well received Everything Beautiful in Time. I first came across the band at HRH Prog in Wales two years ago, where they had the crowd in the palm of their hands and played most of this release – including the tracks The Milgram Experiment and Strandbeest. The performance really stood out as a well-crafted, intelligent take on modern progressive rock music.

Another independent release that really stands tall and shows the Whale to be one of the brightest hopes for modern progressive rock music. Gathering the Waters features a fine set of storytelling songs, particularly the aforementioned Strandbeest and The Lifeboatmen – both with fantastic mood settings and fine music in support. Absolute class throughout.

Having recently heard (live) two tracks from their third album, due to land in 2020, it looks like another fine release lies ahead. 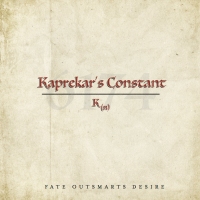 This was another album I reviewed for DPRP and again, I was totally captivated by the degree of storytelling this band encompass.

“What is especially endearing about this album is the subject matter of historically-based events and personalities that are unveiled in an imaginative and creative manner. Drawing you into the tales being woven, with words and music and the use of spoken words throughout, is a great idea, as it adds gravitas to the proceedings, and yet never gets in the way of what is going on.”

Unlike many, I really enjoyed the voice-over work of Paul Gunn as his voice tells with grace and fire the tales in the stories on this album which are all historical and all true. With the great use of sound effects and superb musicianship raise the bar on this fabulous debut album. 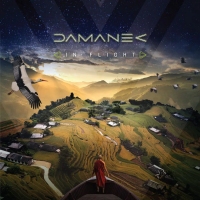 Damanek were another group that it took a while for me to get my head around. I’d first heard them on a Prog Magazine CD and it was always my intention to purchase a copy, however it wasn’t until a double headline tour with Southern Empire was announced that I did. Seeing the band and hearing the In Flight album in a live setting gave it a new strength and intensity. A fantastic band and with Guy Manning’s extravagant hats, and his tales behind the songs, brought the music to life.

Guy Manning’s knack of storytelling, along with great songwriting and accompanied by fantastic musicianship make this a great album. 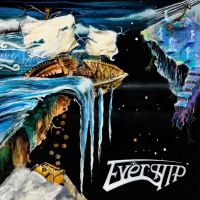 Another discovery via on a Prog Magazine covermount CD. The track was The Serious Room and at that point I knew I had to know more and hear more. I contacted Shane Atkinson offering to review both the albums for TPA. Shawn was incredibly gracious and sent me downloads, artwork and lyrics and eventually hard copy discs too.

This music has so many memories and stories woven into it that it is really a voyage into one man’s mind and past, his faith and his feelings.

So, if you enjoy well-crafted intelligent progressive rock with elements of Kansas and a touch of romantic classical music then Evership could be right up your street. 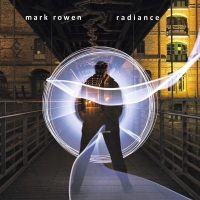 Via a Facebook friend I discovered this little known and undiscovered gem of an album that really delivers great songs, great guitar work and some amazing vocalists. Lisa Box for instance along with a whole host of mostly Yorkshire based musicians offer a very Heart-like sound, but with far more progressive elements sprinkled throughout. Just take a listen to My Shadow Walks Alone.

Throughout the whole album, the melodies are warm and strong and there is much fine guitar and keyboard work on display. This really is a splendid listen for those who like quality AOR tinged Prog.