There is a touching, almost nostalgic sense of solidarity which wistfully embraces you the further you travel into this wonderfully assured and beautifully accomplished debut album from This Winter Machine. A powerful and haunting presence elusively lingers in the music, evading capture within lyrics which are laden with heavy sentiment and evocative suggestion. Something is lost and cannot be found; what is seen is not how things are.

The Man Who Never Was is a glorious invitation to dive under the rippling symphonic surface of music which glistens and dances in the joyful melodic sunlight and experience the full alluring force of songs which mesmerise and taunt you with things that are just out of reach, always lingering in the shadows, partially seen but waiting to be fully revealed.

The invitation is served in the form of a 4-part, 16-minute opening track which is thoroughly compelling. The music is bright, vivid, carrying a forceful sense of urgency and immediacy. The lyrics decry the plight of someone who is lost, unable to connect to an image in an old photograph, convinced he is not who and what people believe him to be. It is a mesmerising and challenging statement of intent which brilliantly sets the tone for the rest of the album.

Despite clearly reaching an uneasy resolution by the end of the song, combined with a steely determination to ignore the echoes and voices from the past, the rest of the album doggedly pursues the journey through rugged, painstaking landscapes of self-conflict, crushing doubt and indecision. The Wheel is an aching lament to all the things which could have been, the chances and opportunities which have either passed us by or been wilfully ignored and repeatedly returns to the bitter refrain “too late”.

After Tomorrow Comes opens with the spirit-crushing frustration that is born from the cauldron of a relationship going wrong and the resentful heat of draining, dispiriting arguments which come with it. The impossible question “don’t ask me what you mean to me” is quickly matched with the laughable recrimination “don’t tell me how I really feel”. The final song, Fractured, reaches a weary, throbbing state of resignation; we accept how things are, fractured, broken, but carry on anyway, deliberately skewing the world and those around us to our own distorted, damaged hopes, dreams and desires.

The lyrical intensity and pervading spirit of uncertainty at times form a stark contrast with instrumental work which is delicate, sprightly and appealingly elegant. The darkness of the world is shot through with melodic hope, the desire to believe, the need for courage. At other times, lyrics and music blend and merge as one, the music driving home piercing feelings, distraught emotions and forlorn thoughts.

This is precisely where the album shines most brightly. Layers of carefully crafted music entwine with troubling, insightful lyrics to form a complex landscape created from hints of ideas, snippets of suggestions, glimpses of moods, flashes of emotions, either complimenting or playing off each other to form a forceful and driving narrative. It is only by becoming engrossed and consumed in this gratifying combination of the two that the path ahead begins to make sense and a beacon found to light the way.

As a debut album, it is a remarkable achievement and magnificent success. It exudes a careful and inventive creativity, embodied in music which seems to flow with natural elegance and sophistication and awash with lyrical subtlety and imaginative suggestion. From the start it is hard not to be impressed with the scale of the vision being presented, fascinated by the persuasive commitment of the playing and the encompassing expansiveness of the musical canvas being painted. Let us hope they seize the momentum and energy of this initial release and press forward with whatever exciting project they have planned for us next. 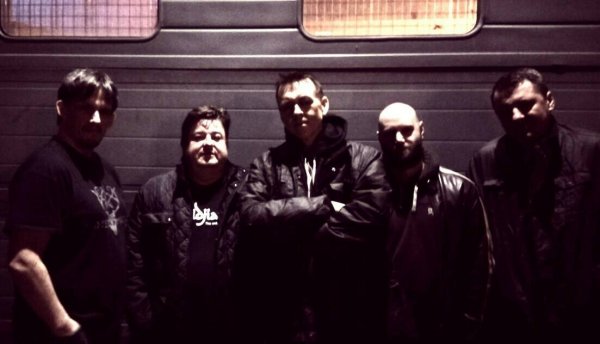