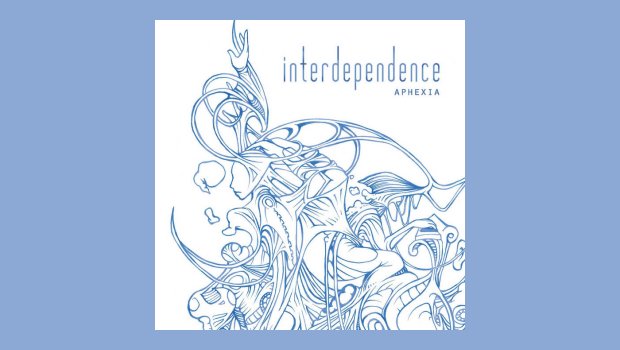 Ophelia Sullivan has been making riveting and engaging electronic music for years under the names Aphexia and Ecstasphere, with the two projects overlapping at points, releasing albums jointly, and Ophelia performing live as both. I will admit, I had never heard of Aphexia before seeing the video for Dialectic of Vulnerability, but I was so smitten I immediately went into exploration mode, finding two previous Aphexia albums to listen to, as well as two albums credited to Aphexia and Ecstasphere. It transpired that Aphexia and Ecstasphere were two sides of Ophelia Sullivan’s musical visions, and soon I had listened to the three Ecstasphere albums I found too. And I loved them all. So when I was given the opportunity to review the latest Aphexia album, I jumped at the chance.

It also turns out that, had I not had to leave the 10 Years of Chaos gig during Zu’s performance in order to catch the last train home, I would have been able to catch Ophelia Sullivan performing live in both Aphexia and Ecstasphere guises, as part of the Towards Collapse takeover that followed the main 10 Years of Chaos gig. Had I known how 2020 was going to turn out, I would have stayed and missed that last train home. I wouldn’t quite go so far as to say I regret leaving when I did, but it’s definitely crossed my mind that I possibly should have stayed. Especially after seeing Ophelia perform for one of Chaos Theory’s lockdown live streams. She is as amazing to watch as she is to listen to. But what will you be listening to, if you listen to Aphexia?

Interdependence is a progressive electronic album, though perhaps that description immediately conjures up the wrong impression. While there are ambient and jazzy passages, this is no Tangerine Dream-style project. One thing I love about the music is the rhythms, which (though they sound nothing alike) remind me a little of Tool or The Mars Volta. There’s a lot of polyrhythms and asymmetric metres going on, but which flow together so intuitively a lot of people will not even notice. It takes talent to make such unpredictability in rhythm sound natural, and Ophelia Sullivan clearly has this in spades. And as much as I enjoyed all of her previous releases, Interdependence impresses me more than them all. This is absolutely her greatest work of art, in my experience, and hopefully one which brings her greater recognition.

Another band/artist that Aphexia reminds me of is Igorrr, albeit nowhere near as extreme, but there’s the same playfulness and experimentation in the music that takes its cues from prog, and places them in completely different settings. In fact, despite Aphexia not at all being a prog metal band, it is interesting that I tend towards those bands for comparisons. As well as Tool and Igorrr, I might add Progenie Terrestre Pura for the way the complex and syncopated rhythms include beat heavy electronica, such as breakbeat and broken beat. But then, just to confuse you completely, there are a fair few nods to the classic era of prog, and maybe I’m imagining it, but I swear at times I’m reminded of King Crimson, and perhaps even more unlikely, Genesis and Jethro Tull. And there are definitely times when I am reminded of Steven Wilson, or even Opeth.

Perhaps the title is a clue to it all. For all the apparent differences of all the musical genres people like to argue about today, they are all to a degree interdependent, and the best (or, at least, the most interesting) music for me is that which ignores genre boundaries. So while Interdependence is primarily an electronic release, it makes sense that one can draw comparisons with so many other genres. And, quite wonderfully so, Aphexia provide quite a variety of moods and styles within Interdependence, while maintaining a cohesive and consistent sound. So be prepared to hear elements of pop, rock, and metal, and also their post- equivalents. And, much to my delight, some lovely jazz, too. Again, this is often complemented by breakbeat and broken beat, so reminding me of artists such as Mark de Clive Lowe. Reference Two is probably the sort of thing that the Steven Wilson fans who hated The Future Bites wish he had made when he said he was exploring electronic sounds. And the first half of the following False Dichotomy, what they wished no-man’s Love You To Bits had sounded like.

And for all these words, I’ve not yet mentioned Ophelia’s vocals, and that is terribly remiss of me. Although the album is mostly instrumental, there are vocal tracks, and when Ophelia sings or vocalises it really brings a whole new level to the music. She has an incredibly beautiful singing voice, that reminds me a little of The Anchoress, or, in the second half of the aforementioned False Dichotomy, Myrkur – playing both Beauty and the Beast, providing both gargled growls and mellifluous melodies. It doesn’t seem fair that someone with this much talent is so little known. Ophelia composes, performs and produces all her own material, and she does all of this immaculately.

There is so much going on in Interdependence, even though I’ve listened to it many, many times, it still continues to grow on me. I find it difficult to put into words how amazingly Ophelia blends so many different styles into this “interdependent” blend. Just look at the number of bands and artists I have drawn comparisons with. I don’t normally like to make (m)any comparisons in my reviews, but I have deliberately filled this one with them as it seems to be the best way I can demonstrate the scope and variety of this magnificent album. I will be very surprised if we come to the end of the year and Interdependence is not in my list of favourite releases of 2021. Yes, it is that good.