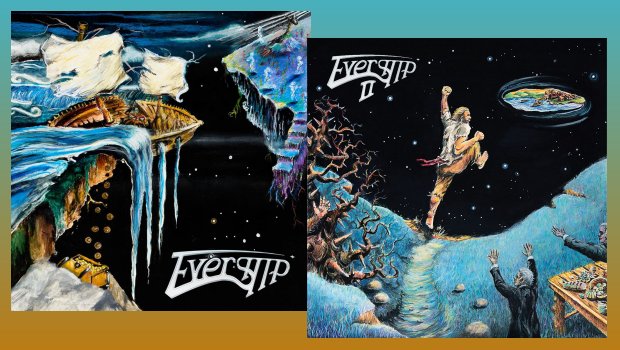 I’ve been writing reviews for a few years now, and during that time I’ve become aware of a few things that I’d like to share with you, so if will forgive my indulgences, I will begin.

Firstly, despite what various social media outlets and threads may state, I can tell you that there is a wealth of new music that is being produced on what seems almost a daily basis.

Secondly, no matter how hard you try you won’t be able to keep up with it all, some of it will invariably pass you by, which is where we, the humble, unpaid reviewers, come into play. You see, we actively pursue new music and, thankfully, we are offered a lot of it as these artists need some exposure, and also an audience to be informed of their existence. Artists crave feedback on their craft, and a well written and considered review is like gold to them. We as reviewers owe it to them to be fair, impartial and honest in our reviews, which means spending time with an album and letting the music speak, as it were.

It is a privilege to be able to do this task, and most of the artists are nothing but kind to us, entrusting us with their craft and allowing us to hear these fruits, and likewise we as reviewers appreciate it greatly when our words are warmly received and we can be a part of an artist’s success, albeit in a small way. It is also our responsibility to ensure that their music is kept safe and not leaked to all and sundry, which brings me to the debut album from U.S. band Evership.

The first album took ten years to come to life and was originally by main songwriter Shane Atkinson, a man who grew up with progressive rock from the Big Six (Genesis, Yes, King Crimson, Jethro Tull, ELP and Van der Graaf Generator), along with Kansas and Styx, and also a healthy smattering of romantic classical music, all of which come together to form an album of intelligent and lovingly crafted progressive rock music.

I first heard of the band via Prog Magazine, and after speaking to Shane I asked to review the two albums for The Progressive Aspect as I felt that the music warranted attention and a fair review. Shane was very forthcoming and supportive of this request. I’ve listened to the albums and can state unequivocally that they both stand proud and tall, bold pieces of music that rightly deserve a far wider audience and come highly recommended. If you recall the buzz around Southern Empire after their European tour last year then I feel that you won’t be at all disappointed when you hear these two excellent albums.

So let’s get to the details. The first album openers with Silverlight, which sets things up very well indeed with its sweeping keyboard swells and a fine solo guitar line before the vocals from Beau West are introduced. A heavier rhythmic passage follows with more vocals to accompany it. The song talks about the moon and how it affects certain people (werewolves?) and the battle that ensues within such a person, their hope for resolution and redemption from the curse. With excellent use of dynamics and good keyboards throughout, it’s a great opening track.

A Slow Descent Into Reality follows, a strong piece with echoes and stylings of classic Point Of Know Return era Kansas, especially in the keyboard and guitar passages. Beau West does a sterling job in bringing Shane Atkinson’s words to life, infusing them with power, warmth and humanity, this is a thinking man’s song, told over several different sections but all drawing together into a unique cohesive voice. The whole band are firing on all cylinders here, with multi-layered harmonies it’s a very impressive piece.

Evermore, is a love song of sorts, and a very well crafted one it is, opening with more fine guitar lines before a delicate vocal emerges, accompanied by a piano melody. Initially the muted strings and piano are reminiscent of ELO, before a meaty guitar line adds texture, followed by the vocals. This is music that has the capacity to move you, with a gentle and heartfelt vocal Beau sings of feelings for another, a very emotive song with some great vocal harmonies and another strong piece of music.

Flying Machine is another epic with a fine vocal and some very interesting sounds in the background, adding emphasis and tone to a great track. Lovely piano and keyboards throughout and a gentle acoustic guitar add more Kansas touches, the song moving into a heavier section with a strong guitar rhythm and more keyboards supporting the vocals. It’s rather moody and expansive and I’m enjoying this album immensely. It ticks a lot of boxes for me and sounds new yet somehow familiar at the same time, which makes it a delightful listen. It’s rare to hear such crafting on an album, certainly the years spent writing and developing this vision have not been in vain, it’s a truly wonderful release and I for one feel this to be a very worthy neo prog album that, given the right exposure, could really make an impact for those willing to invest the time for it to reveal its subtleties.

Ultima Thule follows with a fine acoustic guitar and piano segment adding to Beau’s voice. The song tells of a voyage, a man who loses his love to another, and of the pain that causes his wife left at home. A great tale, much of this album is the story of Shane’s life, often obliquely or allegorically, which gives the lyrics depth and a resonance of truth.

The album ends with the short track Approach in which a low rumbling noise, like that of a jet, is introduced from nothing, building in volume and intensity before other sounds can be heard, then fading away again in a curious ending to a truly visionary album, one that has so very much to recommend it.

So, if you enjoy well-crafted intelligent progressive rock with elements of Kansas and a touch of romantic classical music then Evership could be right up your street.

Bearing in mind that it took ten years for Evership’s debut album to reach completion, the swift 10 month turn around for the second one is remarkable, driven in part by necessity as the band were playing the Rosfest and Progstock festivals in 2017. Shane says the second is a continuation of the debut and it’s best to listen to them in order as it will make more sense. Evership II is a positive step forward in maturity, confidence and cohesion.

The album opens with a truly fantastic song, The Serious Room, a tale about a man who has grand designs on being somebody that he is not. Lyrically it is intriguing, much being said between the lines, and musically it’s quite muscular in tone. Once again we have the superb voice of Beau West bringing Shane’s words to life. Shane plays keyboards and drums on this song, although there are also parts taken from live recordings of their Rosfest performance with Joel Gumblatt on drums and Jesse Hardin on guitar, although exactly which are used where is not noted so it’s hard to spot. The section at the five-minute mark features some fine guitar licks before launching a good solo by James Atkinson, bringing a very satisfying opener to a close.

Second track Monomyth, which translates as hero’s journey, is a song about a man who is transformed by and rises to face a challenge, opening with a booming synth before drums crash in and Beau’s voice is introduced, telling the tale of ancient evil that resurfaces in a sleepy little town, calling him to respond despite his reluctance to do so. Feeling both unable and unworthy, yet also realising that he has to do something, this song tells of his journey from fear and flight to standing tall and facing the evil down. This must be a metaphor, or at least an allegorical tale, although no mention is made of this in the booklet, except that these songs tell, in part, the story of his life.

The song continues with a monstrous riff and a driving backbeat, lots of interesting things happen in the background that make this song sound strong with great dynamics. The vocals enter a section of self-realisation that he is not alone, followed by an instrumental section with some great Chapman Stick from Ben Young and guitar from James Atkinson, making a very busy part, before a more pastoral passage emerges, speaking of how hope will arise, very reminiscent of the Soon part of Yes’ Relayer, certainly in its light touch and peacefulness, before some rather brutal guitar riffery and a fine solo take centre stage, as Beau sings of rising up to take his name and how he will be there at the end, at which point the song finishes.

Real or Imagined begins with voice and acoustic guitar from John Rose and a solo Moog synth from Shane with delicate, wistful vocals from Beau. The legato guitar chords are effective, with Hammond in the background and a gentle beat it like a long lost summer being reconsidered many years later. We then enter a more rocky part with choppy guitar chords before another Moog solo, first singularly then in unison with a second track, with more crunchy guitars and a brief solo flourish from James. There is real talent on display here with everyone in fine form, the song closing with the lines “Real or imagined” several times. Another very impressive and interesting track.

Whilst this may only be their sophomore release, it certainly doesn’t sound like it, and neither is there any noticeable dip in quality from the debut, in fact, this shows growth and maturity in the arrangements and is a great album in its own right, with even more emotional depth than that of their mighty fine debut.

The next track is the epic Wanderer, which others have said sounds like Elton John would have had he continued his progressive leanings, as shown on Funeral for a Friend from Goodbye Yellow Brick Road in 1975. Well, it certainly has that quality to it, but is simply a fabulous song with great keyboards and guitar and the magnificent emotion-drenched voice of Beau West soaring above it all.

The final track is six-part suite The Isle of the Broken Tree, an epic that runs for over 28-minutes with a theme of being who you really are. This epic lives up to that with great musical passages and some fine solos from various members. Although it takes several listens to really get this complex song, sounding first mellow and Moody Blues-like through to more rock fare.

As an old sounds headline once said Pomp Rock lives – Run for the Hills!

Remarkable and so very worth your time. 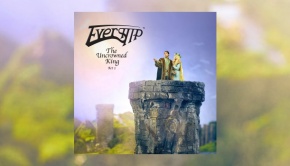