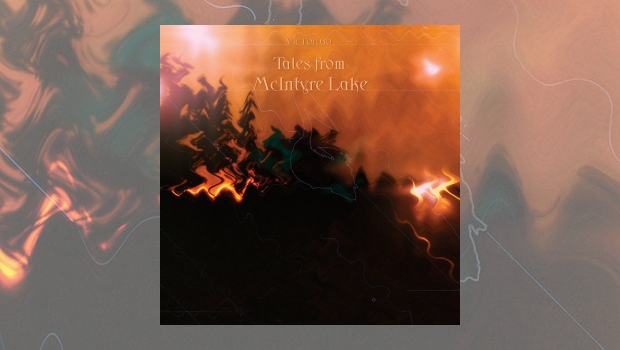 The first release I heard from Victor Go was the Ukrainian multi-instrumentalist’s fourth album, The Leap (released last year). The internet has provided opportunities for many a one-man-band to put their music out there, and I admit I tend to approach these sorts of artists with a fair degree of trepidation. It’s probably fair to say that when it comes to one man projects, quantity tends to outweigh quality. However, Victor Go proves himself to be not just a talented musician, but producer as well – which, even when the musicianship is OK, tends to be where a lot of these one-man-bands are shown to be lacking. Not only did I really enjoy The Leap, but also two of Victor’s three previous albums, so coming up to Tales from McIntyre Lake, things are looking good, with three out of his four previous releases all being well to my liking. And, I have to say, despite the new one not being as immediate as The Leap, it has certainly grown on me. Although I was unsure initially, I now think this might be my favourite Victor Go album!

I suspect the one sticking point some people may have with Victor Go are his vocals, and I say that only because they remind me a lot of those of Christiaan Bruin, who, though I love his vocal sound and style, I am aware that my affection is not at all universally shared. Victor’s vocals are also often highly reminiscent of Peter Gabriel (to me), another singer that can inspire quite a Marmite reaction. However, in my case, it was when I first heard Victor’s vocals that I sat up and paid attention, and realised his music was for me. It’s actually very rare for me to pay much attention to vocals, and much of what I listen to is instrumental, or has vocals which I tend to not take much notice of. Victor’s vocals are the type that one cannot really ignore, which is fine if you love them as I do, but means that if they are not to one’s taste, it will make his albums hard to listen to.

The first thing I noticed about Tales, before I even listened to a note, was that the prelude and postlude are not the opening and closing numbers. Intriguingly, the album begins instead with a song that, although it is just under six-minutes, is more or less a mini epic! Given how accessible and melodic Victor’s previous albums were from the get go, the way Tales launches with Perfect Time required a little time for me to shine as brightly. But shine it does. And even though the sound had changed from previous albums enough to surprise me initially, there were still plenty of the elements of Victor’s music that are present throughout his work. The first, already mentioned, are the vocals. Somewhat related, I guess, given the light and breathy nature of Victor’s voice, is that there is a fair amount of the poppy sound that infiltrated the ’70s prog giants as they entered the ’80s.

Now that is likely to sound off-putting to some, and indeed probably would to me, so let me quickly backtrack. I like ’80s King Crimson, I like some ’80s Rush, I wouldn’t change the station if ’80s Genesis came on (that’s about as positive as I can be), and ’80s Yes just makes me cringe. Yet, somehow, despite evoking sounds that aren’t all to my taste, I really like Victor Go’s music. Well, perhaps it’s not such a mystery, as the sound of ’80s (pop) prog is mixed with jazz and fusion sounds, while a lot of the more symphonic and melodic passages evoke the sounds of ’60s pop through a ’90 lens (a la Moon Safari). There are hints of the solo material of Peter Gabriel, Steve Hackett, and, most of all, Alex Lifeson (whose solo album was released under the name Victor), too. Basically, Victor is painting from a wide palette of influences, and the diversity of the resulting sound means even when those influences are not exactly something I’d normally choose to listen to, Victor makes them sound appealing.

Back to that opening track. Once one pays attention to the lyrics, and this is one of those rare albums that compels me to do just that, the inclusion of a track before the prelude makes a lot of sense. Perfect Time is more or less an overture, presenting the entire album in a TL;DR version – or, at least, that is how it appears to me. The first two minutes or so present the protagonist on the eve of his suicide bid; the final two minutes, his fresh start after deciding to live; and two minutes in-between the existential crisis. As I said, I was compelled to pay attention to the lyrics, and I couldn’t help Googling in an attempt to find out where McIntyre Lake might be. There are several around the world, but the one that seems most likely to me is the one in British Columbia, which is an icy “Shallow Water” lake, and one of very few places in Canada where one can see a pelican in the wild (there being a sanctuary in the vicinity).

Once the story has been outlined in Perfect Time, it is told in greater detail. After the instrumental Prelude, we are taken out onto the shallow waters of McIntyre Lake. Over the course of the album, while it’s not revealed to us why he has come to this conclusion, it becomes apparent that the protagonist has decided to join the famous ’27 Club’ of musicians who have bowed out at the age of twenty seven years. Slap bang in the middle of the album is The Eve, where the options are spelt out: float or drown, live or die. As the album moved from negativity and despair to doubt in the first half, so it now moves from doubt to positivity and hope in the second. And appropriately, though the album ends with a track following the postlude (to bookend it nicely), the order of which is the vocal track and which is the instrumental is reversed. It’s a really nice touch. “Little joys happen now and then. They are not random for sure.” I can say, without doubt, that Tales from McIntyre Lake is one of those little joys. 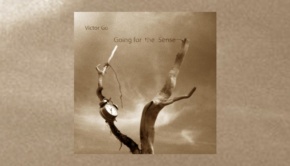 Victor Go – Going For The Sense →