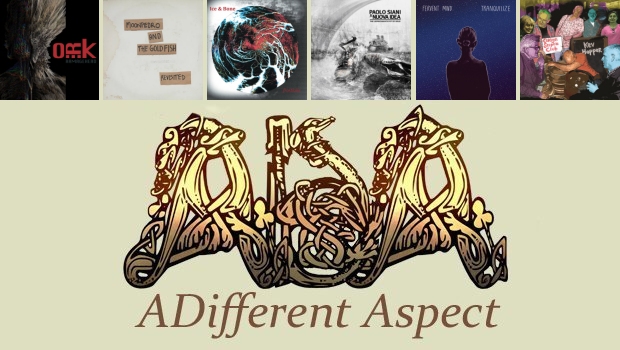 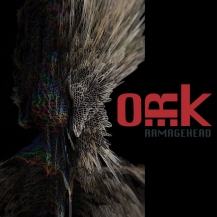 The latest album from prog power quartet O.R.k. is a heavy dense thing and sees the group continue towards heavy prog Valhalla. Led by the very powerful pipes of singer Lorenzo Esposito Fornasari, aka “Lef”, O.R.k. present a full range of songs from power ballads like Down The Road to full on prog mini-epics like Some Other Rainbow. They have the sense to keep things relatively brief, as the longest song here clocks in at 5:34, which gives the album a powerfully dynamic edge. There is no fat on this baby!

The top line comes from guitarist Carmelo Pipitone, who knows his way around a fretboard, and Lef also contributes keyboards to great effect. Listening to Pat Mastelotto playing a conventional kit is a joy, and with his rhythm partner Colin Edwin, the sense of power through economy does not let up. If anything this album is quite exhausting! I think I’ll put some Joni Mitchell on now. 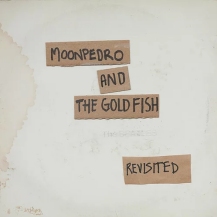 Following up Sgt. Pepper’s was always going to be a difficult task. In 1967 The Fab Four were at a creative high and produced an album that not only has stood the test of time, but one that is almost universally acclaimed. So when The Beatles entered the studio for the eponymous, more generally known as the The White Album, expectations were high, however this was not the cohesive unit of eighteen months previous. Internal struggles were heightened, etc, etc. Now there’s enough information documented about the The White Album, so let’s look at Moonpedro’s take.

In many respects Moonpedro And The Goldfish have adhered to the original in that they have released it as double vinyl, (although other formats are available), and they’ve tackled all thirty tracks. Importantly what they haven’t done is slavishly copied the album, but in keeping with the album’s original experimental approach, followed The Beatles ethos and made it their own.

So, Back In The U.S.S.R. undergoes a New Wave makeover, whereas Dear Prudence takes on a smokey jazz club persona. Ob-La-Di, Ob-La-Da on the other hand is totally unrecognisable, but does encompass the album’s original premise of “leaving the tape” running, whilst their take on the somewhat amorphous Revolution 9 brings in the catchy, jaunty Ska rhythm of Ob-La-Di…. Paul McCartney’s acoustic classic Blackbird undergoes an ’80s synth pop treatment, whilst George Harrison’s While My Guitar Gently Weeps eschews the aforementioned instrument almost entirely. I’m sure you get the picture and if this brief missive has piqued your interest, then the whole album is available HERE on Youtube. 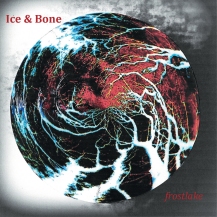 Highly atmospheric and darkly psychedelic swirls of moors mist envelop this second outing from frostlake, the occasional project of Jan Todd, and her husband Terry. This Sheffield-based pair are part of the highly creative Discus Records stable and feature on other label projects, most recently the superb Orchestra of The Upper Atmosphere.

Here, Jan, who plays all manner of instruments both acoustic and electric, including something called an Arturia Microbrute, sings her songs of mystery and imagination, weaving an otherworldly web in which to entice and cosset the listener. Terry Todd meanwhile anchors the ethereal lightness of being with his bass guitar and a 10-note 14-inch steel drum called an Idiopan Dominus.

An album of quiet contemplation and a possible pathway to communicate with lost worlds, and quite lovely it is, too. 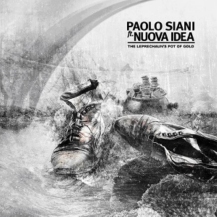 Die-hard fans of Rock Progressivo Italiano – and I know you’re out there somewhere – may have heard of Nuova Idea. They released three albums in the early 1970s before breaking up in 1973. Over 45 years later original drummer Paolo Siani has embarked on what is ostensibly a solo career with some help from his former chums.

The title of his third album suggests some sort of Celtic diddly-diddly knees-up. But you couldn’t be more wrong. Instead what we have here is an identity crisis.

Is it Kayak-inspired prog-pop? It certainly sounds like it on opener Standing Alone – a stately, crunchy guitar riff introduces a solid rocker with impassioned vocals from Anthony Brosco over a bluesy backing with occasional Hammond organ flourishes. Or is it Buggles-inspired 1980s electro-pop? The title track suggests that, with its upbeat drum machine tempo, stabs of cheesy Casio-type keyboards and robotic voice singing most incongruously about leprechauns, fauns, elves and gnomes. Or is Paolo really Ginger Baker, crashing through an almost note-identical version of Cream’s We’re Going Wrong on live radio from 1971?

It seems he is all these things, which is both a blessing and a curse. A curse because this is an album without any cohesion or theme, a mish-mash – ‘incasinato’, they might say in Italy. But a blessing because, if you didn’t like a track then don’t worry, a completely different one will be along in a moment. What saves this album and makes it ultimately an enjoyable listening experience is the excellent musicianship and Paolo’s ear for melody. These are very frequently good tunes, and the idiosyncratic approach heightens their appeal. He does, however, need to work on his song titles. Inflate Your Veins? Probably sounded better in the original Italian. 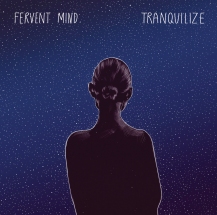 Eerie beginnings lead into a dark and insistently rhythmic piece strongly redolent of Massive Attack, that builds up a nice store of heft, all squalls in the storm. There’s worse things to be influenced by, for sure. Formed somewhere in Norway in 2014 by singer and composer Live Sollid Schulerud, whose clear tones form a nice contrast with the howls and drama of Simen Skrebergene’s guitar, this is their first album, on Karisma Records, and maintains that label’s reputation for dramatic heavy prog, here with a touch of post-rock drama thrown in for good measure.

We may be in slightly familiar Porcupine Tree territory with a lot of these songs, but the female vocals offer something different, and overall, Tranquilize shows enough promise to make Fervent Mind one to keep an eye on. 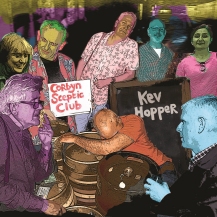 Socialist bass wrangler Kev Hopper, he of Stump and Prescott fame, put out a solo album last autumn that nearly slipped through my net. I need to take some time out to repair the ever-increasing tears in it.

Corbyn Sceptic Club features ten wonky vignettes from the rubberbandman that delight the ear and go “sproing”, and “phizz” with a lightness of touch that will have your joints popping in synaptic glee. Imagine if you will, after a day strolling in the hills and dales to the accompaniment of the wistful sounds of Jumble Hole Clough, coming home to find your better half preparing a tasty tea on the wood-fired range. This is the soundtrack in that kitchen, as small indeterminate furry creatures scurry hither and thither.

Alternatively, if you have no idea what I’m dribbling on about, and why should you, hit the Bandcamp link and find out for yourself.