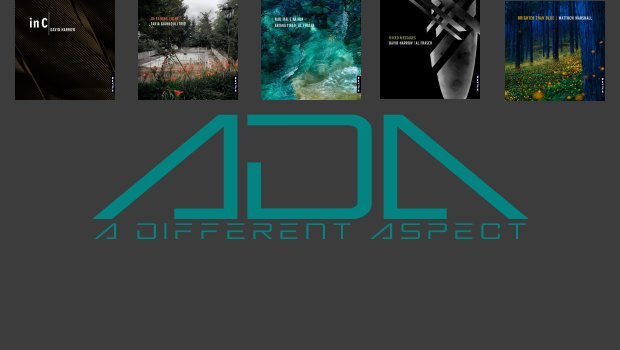 Rattle is one of my go-to music labels, although I’m relatively new to it. I certainly haven’t been aware of the label for the almost 30 years of its existence, but I’ve definitely made up for lost time. For a small label from a country at the bottom of the world, they cast their net considerably further afield than New Zealand. Between Monday 16th and Friday 20th November, the label decided to do something they’d not done before, and release five albums in five days – or ‘Five-in-Five’, as they publicised it. Being a fan of the label, it would have seemed wrong to let this opportunity pass me by, so here’s my Five-on-Five-in-Five. 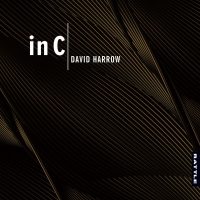 In C is, of course, the rather famous composition by Terry Riley that has likely never been played in the same way twice since its origin in 1964. A series of melodic fragments held together by “the pulse”, for an indefinite number of musicians to play. Riley suggests a group of 35, but here we have only David Harrow – and it works perfectly. In C is a minimalist piece after all, and it doesn’t get more minimal than being played by just one musician. The directions are fairly simple. Of the 53 phrases that make up C, any can be played (though they must be played in order), for an arbitrary length of time. Each player has control over which phrases they play, and for how long. In C thus has no set duration, and so can last for minutes or for hours.

I wasn’t entirely convinced I was going to enjoy listening to David Harrow’s In C in one go, as it effectively provides four different variations (two sides of a piece originally intended for 12” vinyl, a fast, and a slow version). But, just wow! Not only did I never get bored or tired of the music, but the final piece (the slow version) was the absolute highlight. Rather than lose interest, my attention grew toward the end of the album. I also particularly enjoyed the 12” Side B piece. It’s hard to describe how such a repetitive and patterned performance can be so affective, but rest assured it is. Given the slow version is 70-minutes long, it’s effectively an album in itself, and if it were the only performance offered, this release would still be well worth investing in. For me the additional 12” sides and fast version are merely icing on the cake. An absolute treat, and a great way to start Rattle’s Five-In-Five campaign! 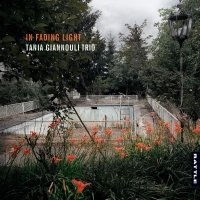 The Tania Giannouli Trio may be a piano-led jazz trio, but they sound very little like what most people might imagine they would based on that information. That one third of the trio, Kyriakos Tapakis, plays the oud immediately provides a great deal of originality to the sound of the trio, and probably the most attraction for me. I absolutely love the sound of the oud. Add this to Giannouli’s beautiful piano playing, and some damn sexy trumpet playing from Andreas Polyzogopoulos, and I’m completely in my element. Labyrinth is a very nice opening gambit, but the incredibly dramatic When Then is an absolute blast, full of ascending, heightened tension. As it dissipates, Hinemoa’s Lament is heralded by some suitably lugubrious trumpet, before Giannouli’s piano takes the lead.

Over and over again, the Trio perform what sounds like a balanced and nuanced mix of composition and improvisation, and the interplay between the instruments is incredible, with each knowing just when it is their time to shine. And although this is Giannouli’s Trio, I can’t help but be drawn more to the trumpet and oud of Polyzogopoulos and Tapakis. The unique textures these two instruments provide to the pieces is quite astounding, and yet Giannouli certainly has her moments too. She provides some beautifully unsettling moments on Fallen, which are quite magical. And as much as I love Tapakis’s solo piece, Moth, it just goes to show how much I like more when two or all three of the Trio are playing together. Partly, I think this is because the oud always seems so peaceful and safe. The piano and trumpet provide an edge to offset that safety, and the resulting hints of danger or disquiet are more impactful and interesting. No Corner and the appropriately titled Disquiet are good examples. But there’s really not a dud track on this stunning album. 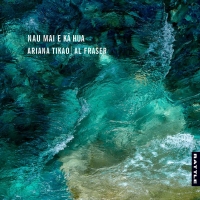 It would take something quite special to follow, let alone top, the last two offerings, as both David Harrow and the Tania Giannouli Trio albums are top notch, but this third offering on a hump day is definitely no slump. We receive our first truly native recording of the Five-in-Five with this absolutely stunning album from Ariana Tikao and Al Fraser. Whether it’s because I hail from Aotearoa, I’m never sure, but I’m a real sucker for taonga puoro (the traditional musical instruments of the Maori). Ruby Solly’s album, Pōneke, released earlier this year and full of glorious and gorgeous taonga puoro, remains one of my favourite releases of this year. I love the cover image as it perfectly portrays what I will hear from any taonga puoro music: something deep, mysterious and immersive. It’s entitled “Te Korowai o Tangaroa” – the cloak of Tangaroa (god of the sea and fish), and that also makes sense. There’s something remarkably intimate and sensitive about the music of taonga puoro that doesn’t just sound natural, but at one with nature.

The multitude of sounds from the various instruments played provides a quite beautiful tapestry of different textures and tones. Deep thrums, breathy whistles, birdsong, and more; the expressive voices of taonga puoro would all be quite beautiful without further adornment. But there’s no denying that the vocals of Ariana Tikao add yet another colour to the palette, and another layer of depth (to keep to the watery theme that the cover art inspires). Indeed, midway through the album is a track called Te reo o te wai. Now my knowledge of Maori is rudimentary at best, but even I can recognise that immediately as “the language of the water”, and it’s exactly as you might expect it to sound. This is an album I can see myself returning to time and time again. 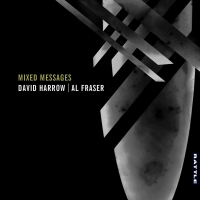 Day four of Five-in-Five brings us the reappearances of David Harrow and Al Fraser, and Mixed Messages is a great title, too, as the synthesised and electronic sounds of Harrow meet and meld with the acoustic and natural sounds of Fraser. It’s a collaboration over oceans, as London-born Harrow provided his parts from his studio in the US, while Fraser recorded his in his studio in New Zealand. The two quite contrasting styles and sounds, ancient and modern, mesh beautifully. Once again, the cover art really symbolises the music within. The Bandcamp page calls these soundscapes, and they certainly could easily be part of a soundtrack. Eulogy, for instance, would fit perfectly within the soundtrack to a film such as The Crow. The music of Mixed Messages is the most evocative of the Five-in-Five yet, and I find it hard not to imagine visuals for the music as I listen to it.

There are many times when the drones of taonga puoro are so well matched with the drones of electronica, that it’s hard to imagine they aren’t meant to be played together. A particularly vivid example is Tamumu, which quite rightly, in my opinion, is the centrepiece of the album. I was curious what the title might mean, so looked it up. ‘Tamumu’ is a buzz or hum, so it’s an incredibly apt title. It’s dramatic and menacing and unsettling – and an absolute thrill to listen to. Yet, as great as I think it is, it’s not even my favourite track. Rattle definitely have it right when they call this album compelling. I found it hard to write about the album, because each time I listened with the intent of beginning my review, I would reach the end and realise I’d not even thought of writing a single word, so immersed had I become. There is an incredible variety of moods on this album, yet it remains quite cohesive, and never jarring. Just as the two quite disparate layers of instrumentation never clash. The messages may be mixed, but they are mixed perfectly. More of this, please! 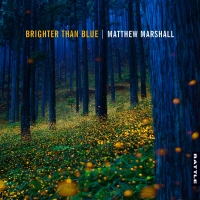 This is a beautiful album, but at first I really did wish that Rattle had started their week with this one, as I felt it did suffer slightly in comparison to what preceded it. But it’s subtle charms soon won me over. Matthew Marshall is an acclaimed New Zealand classical guitarist, and here performs four guitar duos by New Zealand composers. The first is Philip Norman’s six-part Tense Melodies for guitar and flute (played here by Carol Hohauser), and it’s very pretty, but underwhelming if listened to too soon after something more bombastic or majestic. It’s amazing how much different it feels to come to it afresh, without having listened to anything prior. The following Autumn Moods, by Anthony Ritchie for guitar and cello (played here by Heleen du Plessis) has no such worries, though, and is my absolute favourite of the four pieces. The cello has such a beautiful and resonant sound, and is played beautifully here. The interplay with the guitar is simply fantastic.

Autumn Moods is perfectly followed up by Kenneth Young’s three-piece Suite for guitar and violin (played here by Tessa Petersen), and it almost sounds written to come after Autumn Moods, so naturally does it seem to follow. It’s a quite delicate sounding suite, yet in parts quite dramatic despite remaining closer to a whisper than a roar. I love when musicians are able to convey heaviness without resorting to volume. Definitely my next favourite after Autumn Moods. The album concludes with It’s Love, Isn’t It?, a 15-part work by Philip Norman featuring poetry by Alistair Te Ariki Campbell and Meg Campbell, recited by Sir Jon Trimmer and Dame Kate Harcourt. This proved the hardest for me to swallow. The guitar parts are gorgeous, but as much as I like the spoken word also (particularly that from Sir John), I still find this piece a struggle to listen to. I am actually quite a fan of spoken word in music, but this is more spoken word and music. The two are separated, and it makes (for me) a quite disjointed listen. A frustrating end to an otherwise lovely album, and even more so when it is essentially not just the end of one album, but five.