Azolia – Not About Heroes
Roger Trenwith 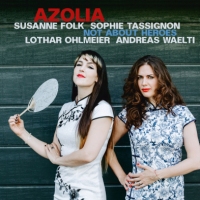 Azolia, a German jazz quartet led by singer Sophie Tassignon and saxophonist and clarinetist Susanne Folk have been around since 2009, and their third album Not About Heroes takes its title from Wilfred Owen’s self-penned introduction to his famous posthumous collection entitled Poems. Here, the band put Owen’s stark words and anti-war sentiments to equally lyrical music, that manages to be thoughtful, empathetic, and even optimistic, hoping that out of tragedy will come a better future.

One hundred years and more on from when these poignant words were written by Owen, mostly while recuperating before being sent back to the front and ultimately to his death in 1918, whether anything has been learned from history, is, as is sadly always the case, moot, but Aziola have made a quite lovely album of reflection that while it could so easily have been subsumed by the gloom of the subject matter, instead rises above it with some deft and sympathetic chamber-jazz playing by the four band members. Recommended. 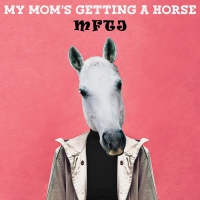 The second instalment of Mike Keneally’s and Scott Schorr’s collaborative project sees more files being swapped over the internet, and more consummate melding of styles. Mankind’s Final Traffic Jam made a thoroughly entertaining self-titled debut last year, but I find that the novelty has somewhat worn off with this one. Maybe the Plague Year made a virtue out of necessity, who knows? Yes, it’s well played, well produced and arranged, but it doesn’t really go anywhere, and I find my gnat-like attention wandering. However, you might well dig it, if you shimmied around your living space to the debut, an album I did rather enthuse about!

The closing title track rather sums it up as it drifts away unconvincingly, stifling a yawn. After the energetic rubber-legged shenanigans of the debut, this is something of a disappointment, although it has its moments, I Remember When Candy Bars Were A Nickel being a bangin’ choon. All I can say is I had My Mom’s Getting A Horse on while I cleaned the oven this afternoon, if that helps. 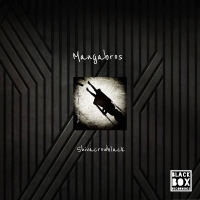 Prolific to the point of logic-defying, Doncaster’s Craig Manga and his two musical brothers Paul and Greg put this sprawling collection together in 2018, re-released last year with an additional eight tracks of remixes, right under my radar. Shivacrowblack exposes the soft white underbelly of studio tan to the seemingly disparate influences of Aphex Twin beats, atramentous electronica, Scott Walker atmospherics, and Hammillesque voice-and-piano minimalism over 15 tracks of varied, deeply disturbing and claustrophobic prog-groove.

There’s even a burst of lysergically enhanced guitar in, perhaps unsurprisingly, Sequel Ate My Guitar. Note to Steven Wilson – rock guitar is not dead, it just requires the right amount of imagination.

Whoever takes on the vocal duties has a voice in the same orbit as Hammill, Paul Buchanan, and Mark Hollis on 60-a-day, just the right kind of animated croak for the unravelling dystopia contained within the lyrics. The last track proper, Dead Riff, reveals the singer to be a bit of a star. On Motorcycledeathsong, which appears later in the listing on this expanded version of the album, the voodoo comes down in the form of Tom Waits undergoing electro-convulsive therapy. Nice! That’s some voice he has there.

This is dark stuff, make no mistake, and probably not best listened to if you’re stuck in a cycle of lockdown ennui, or so I thought. Strangely, I found its frowning and flickering black light quite uplifting! 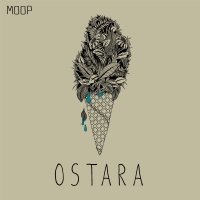 Moop, a French trio from Poitiers, incidentally the twin town of my very own dark void, Shoesville, UK, present to us their second album entitled Ostara, which is a Pagan Spring celebration. The trio comprise guitar, baritone sax, and drums, and improvise surging soundscapes that veer from the visceral to the tentative, often within the same track, of which there are four on the album.

Julien Coupet’s guitar is often the textural bedrock of these pieces, while William Brandy takes the top line with his expressive sax blowing. The 11-minute opener Manlayl – half completed/half started highlights the swelling cinematic aspect of their sound, while second track #eule begins with a composed syncopated riff between the sax and guitar, before heading off into cosmic drift, at one point happening across some freaks tripping. Here, drummer and percussionist Erwin Toul gets more centre stage, highlighting his inventiveness and deftness of touch. The track climaxes with some free jazz skronking from William that will rattle your dentures.

Find out what the rest of it sounds like by hitting that Bandcamp link. This is head music! 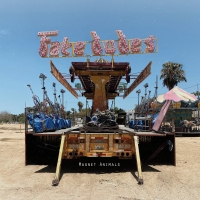 I might be wrong, but Magnet Animals could be the first Mexican band I’ve reviewed. That they ended up on the internationalist home of progressive, fractious, urban, and genre-defying RareNoise Records is quite fitting. For it has to be said that composer/poet Todd Clouser’s acidic critiques of modern living and distillation of modern angst fits the label’s raison d’etre like a glove.

Clouser’s band mates provide guitar, bass and drums to Magnet Animals’ mix, which admittedly gives little clue as to the caustic off-beats and post-punk-skank-jazz minimalism soundtrack behind their leader’s dislocated railings against the iniquities of a harsh world. Clouser vocalises in the spoken word, but at a remove, as if his voice is being recorded from a cheap dicataphone’s tinny speaker. It’s an acquired taste, for sure, but the crackling energy that exudes from every zero and one of this album soon relegates any qualms about the vocal style to the dumper, and the vibrant title track illustrates this perfectly. 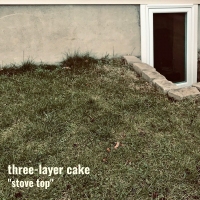 The banjo gets a lot of abuse, and it has to be said deservedly so. Only the accordion, and the Scottish bagpipes provoke more reaction! However, have you ever considered the much maligned instrument as an essential ingredient in avant-punk improvisational music? Well, that is exactly its role here, as Brandon Seabrook gets down and dirty with some strident picking on the debut from this feisty trio of punk explorers. “Punk is a state of mind”, it says here, and its spirit of adventure is what drives these three mavericks.

Bass plucker Mike Watt, the senior player by age and experience, has a long CV on the fringes of fired-up music music making, most notably being a member of the legendary Minutemen, and fIREHOSE, as well as being a latter day member of Iggy and The Stooges. Drummer/percussionist Mike Pride has worked with Anthony Braxton and the chillingly monikered Millions Of Dead Cops, amongst others, and the aforementioned Brandon Seabrook, who also plays some feral guitar to great effect throughout, has also worked with Anthony Braxton and other avant luminaries.

The banjo is only a small, but essential part of the overall sound, as these part improvised, part scored tunes that usually started with Pride sending his drum tracks to Watt, with Seabrook then adding the final layer, evolve into an uncategorisable whole. As Mike Watt succinctly puts it, “I’ve really outgrown that genre shit”. Styles flit between the full-on avant rock of Big Burner, to the calmer waters of A Durable Quest, to the Fred Frith stuck in a lift of Primary Fuel, featuring some dazzling fretwork from Seabrook, to the glockenspiel-led Shepherds. This is a highly unusual but listenable. Recommended. Out May 15th. 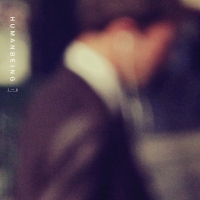 Rossano Baldini is a successful composer for film and TV, and here he has created a separate identity “HUMANBEING” in order to branch out into the world of electronica. Using a combination of synthesisers and more conventional instruments – electric guitar, Rhodes, etc – he has created an interesting album of involving compositions that bristle with an organic energy.

Half the album was recorded in a long period before Italy’s first lockdown, and the second half in a matter of months, as time became much more readily available. The six tracks are named after a part or an organ of the human body, and the pulse of life provides the album with a circulatory forward motion, everything is connected.

The most esoteric instrument on offer here is the Bercandeon, “an accordion-like” – Ha! – “instrument with two diatonic keyboards”. To my untrained ears it is difficult to tell when it is used, but the whole sound and feel of the album is one of looking forward, striving for a better future. It is an optimistic musical statement, and we could all do with that right now.