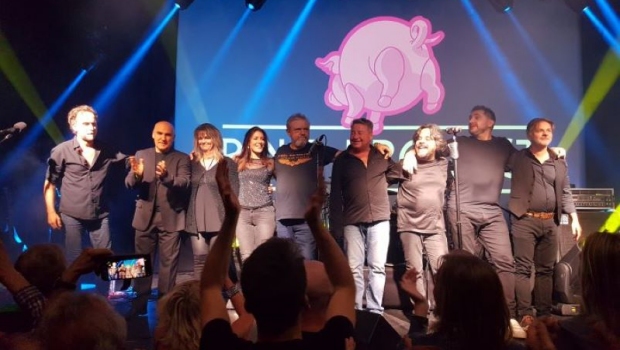 Exactly one year ago to the day, I saw Pink Project perform, also in Zoetermeer, and also in front of a completely sold out crowd. In that sense it was a repetition of moves. At the time, we had just come out of the pandemic (just a bit) and there was still a lot of getting used to being out again, surrounded by a huge crowd of people, with all the risks associated. Now, we are again heading for a new round of COVID – spot the parallels.

But the parallel is not entirely valid: while 365 days ago the repertoire consisted of a mix of old and new under the heading ‘Past to Present’, this time the title rang ‘Animals & Wish You Were Here’. A great prospect, especially for me: Animals is by far my favourite Floyd album, I can’t get enough of it. That’s a good thing: this evening this ground-breaking album from 1977 will be played in its entirety before the intermission, although not quite in the correct chronological order, but I don’t think anyone was paying attention to this fact. The album is once again extremely topical as recently the band’s management released an umpteenth remix, made in 2018, in a new package, with even some new artwork. But back to the concert… 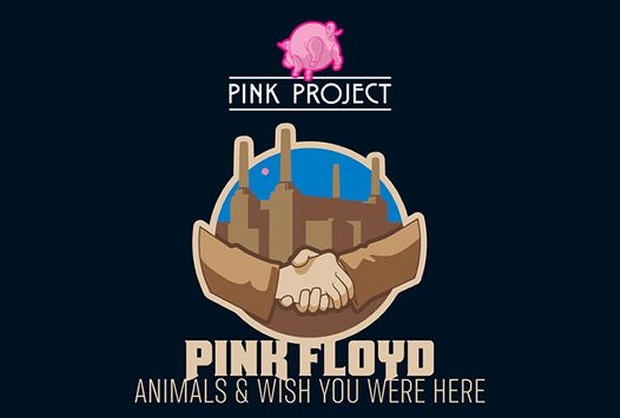 Around half-past eight, the menacing tones of Dogs sound out, not quite according to the book because everyone knows that the album starts with Pigs on the Wing, pt.1. The band quietly step onto the stage to great applause for a focused version of the longest track on Animals. The unison guitar parts of Ruud Verwijk and Hans Hendrik are the cream of the crop for me. I even hear a hesitant applause halfway through, after Verwijk’s flawless solo.

Only then follows the acoustic Pigs on the Wing, this time in the original version as the band once intended: parts 1 & 2 joined together with an electric guitar intermezzo by Hendrik as a connecting piece. Verwijk performs a fine Waters, he has clearly grown in his vocal role. 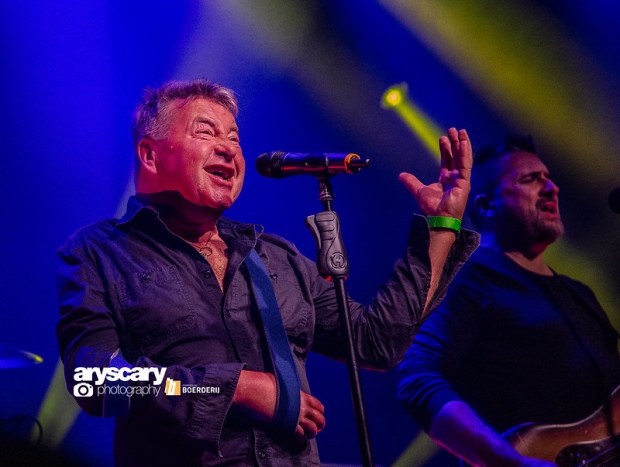 Pigs (Three Different Ones) starts with Jason Waasdorp’s bass solo, followed by a great version of this song, but personally I’m still waiting for what’s to come. Sheep is my all-time favourite Floyd song. It already starts with that legendary jazzy Fender Rhodes piano intro, keyboardist Giovanni Pepe doing a great job. The cowbells, the megaphone, the talk box (guitar sound through a tube in the mouth), it’s all there. Ruud Verwijk plays a leading role, both instrumentally and vocally, but so does the hypnotic bass and the spoken chant. The final chord is for Hans Hendrik. Magnificent. The audience rewards all this sonic beauty with a minute-long applause. 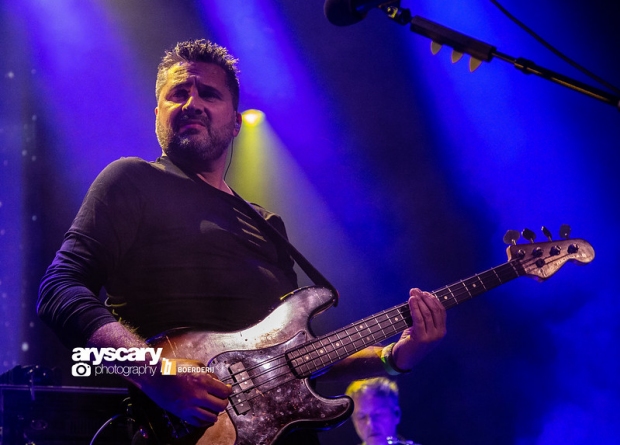 The break comes after fifty-minutes, and I have some time to catch my breath and update my notes. After half-an-hour it is the turn of Wish You Were Here, from 1975. This time in the correct chronological order.

Shine On You Crazy Diamond, parts I-V is played flawlessly, the double sax act of showman Constantin Iliev easily drawing huge applause. Welcome to the Machine is interpreted in the modern live rendition as we know from later shows. On Have a Cigar, Charles Dehue takes up the vocals again, and he does so in style, wonderfully raw around the edges, exactly what the cynical track demands. Title track Wish You Were Here gets a cosy and atmospheric version, the duet between backing singer Jacqueline van der Heiden and guitarist Hans Hendrik is well timed and the sheer fun of playing is clearly present. 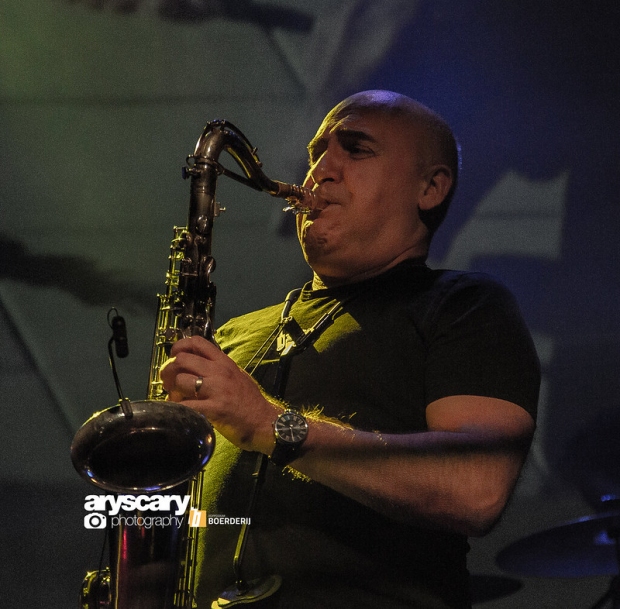 Shine On You Crazy Diamond, parts VI-IX, with the lap steel guitar solo by Hans Hendrik as a highlight for me personally, gets a funky ending, as we were used to from latter day Pink Floyd shows. The modern jam transitions seamlessly into the original ending with Pepe as an accomplished Rick Wright.

The official part is over, the band leaves the stage very briefly (why?) to finally squeeze out ‘one more, we’re here anyway,’ Which turns out to be Brain Damage/Eclipse from Dark Side of the Moon, the first tones greeted with approval by the grateful audience. The lunatic is on the grass, the accompanying original video images complementing the music. 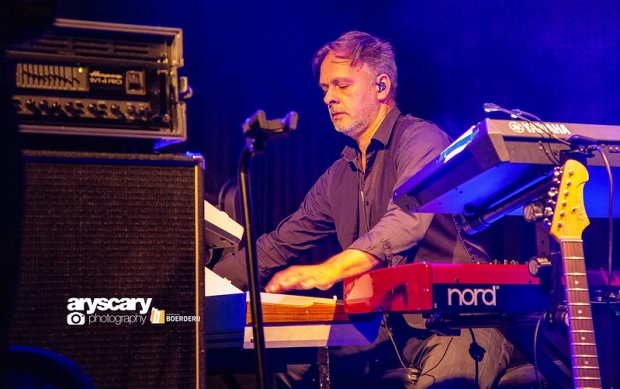 Question: what should never be missing during a Pink Floyd (tribute) gig?

Answer: Comfortably Numb of course, the musical high mass of the legendary band. The song is one brilliant highlight with the guitar solos equally divided between Hans and Ruud. An inspired version, with loud singing and clapping along by a frenzied audience. At around eleven, it’s all over, after just under two-hours of play, the (almost) home game is over for the men/women of Pink Project. 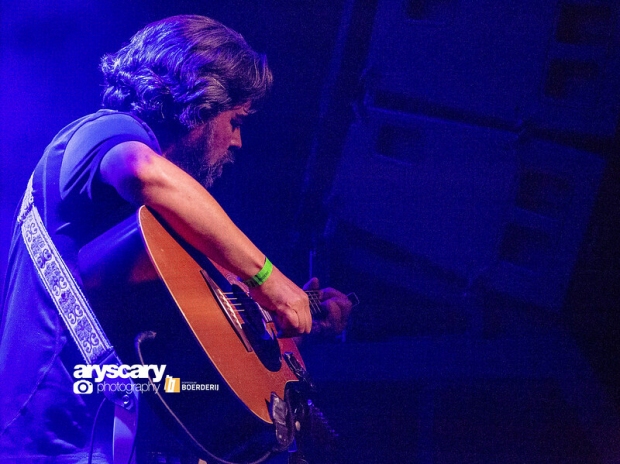 Sound and light are, as always, perfect at De Boerderij; incidentally Pink Project had brought its own crew. The video images on the large screen support the music, as is the case with the bigger example. This completely sold-out performance is part of a club tour by the band that will have them play in a large number of venues throughout the Netherlands.

I’ve said it before and I’ll say it again: it remains somewhat strange, a sold-out Boerderij for a tribute band, no matter how good Pink Project is, nothing to the detriment of the band. On the contrary, they are without a doubt the best interpreters of the work of the renowned British band. But nevertheless, Big Big Train, international top band within the genre, barely attracts 500 people with original progressive rock music. I have no clue as to why, but even with that critical note, it remains a great pleasure to hear the iconic music from the 1970s. Tribute to Pink Project, the promise to play again next year was already made during the show. 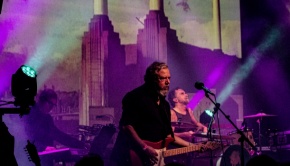