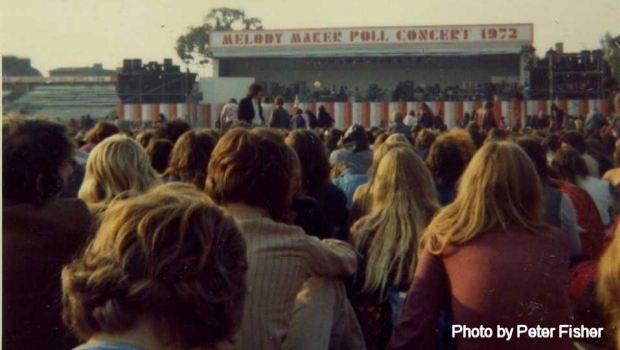 This time last year I decided to mark the 50th anniversary of the ‘Goodbye Summer’ festival, the first of three similar events held at the Oval Cricket Ground in the early ’70s. There were two subsequent festivals the following year, the first, ‘Rock At The Oval 1972’, on 16th September 1972 with a line-up consisting of Frank Zappa, Jeff Beck Group, Linda Lewis, Biggles, Man, Sam Apple Pie and Quiver (the latter were not listed). I missed that one as I had already bought tickets for the ‘Melody Maker Poll Awards Concert’ and simply couldn’t afford to go to both. According to the reports, the Rock At The Oval 1972 event was not particularly well attended, a combination of the staggering £2:00 ticket price ( 😉 ) and on top of this it was a pretty wet and miserable day. The third and final Oval festival was held two weeks later on 30th September 1972.

The initial advertised line-up for the Melody Maker Poll Awards Concert was Emerson Lake & Palmer, with special guests Wishbone Ash, Genesis and Focus. Not on the original poster but added later were Argent and Fudd… As with the ‘Goodbye Summer’ event from the previous year, the weather was kind, which attracted a healthy sized crowd, estimated to be around 18,000, although other reports suggest nearer the 30,000 capacity. The images of the day suggest perhaps nearer the latter…

The Melody Maker award ceremonies themselves were not presented on the stage, but held in the Oval’s Long Room, with the lion’s share of those performing at The Oval going to Emerson Lake & Palmer (they received seven MM Awards that year). Other awards went to Focus, Jack Bruce (not surprisingly as best bassist) and Wishbone Ash – best album with Argus.

So… did they or didn’t they? That is the question…

I doubt I’m alone, but I have no recollection of Fudd, however the photos below are irrefutable evidence that Irish rockers Fudd did appear at the festival and they did open the batting… 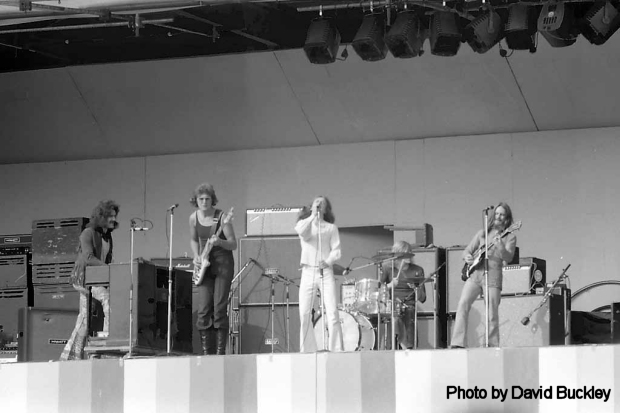 Formed in the early ’70s, the band were initially named Elmer Fudd, before shortening it to Fudd a couple of months before appearing at the festival. Although not nominated for any awards, the band were friendly with UK festival organisers Ray and Ron Foulks, the brothers behind the three Oval concerts.

Fudd were a relatively short-lived affair and disbanded in 1973. There are no official singles/albums listed for the band – but on that day they played to a sizable crowd… 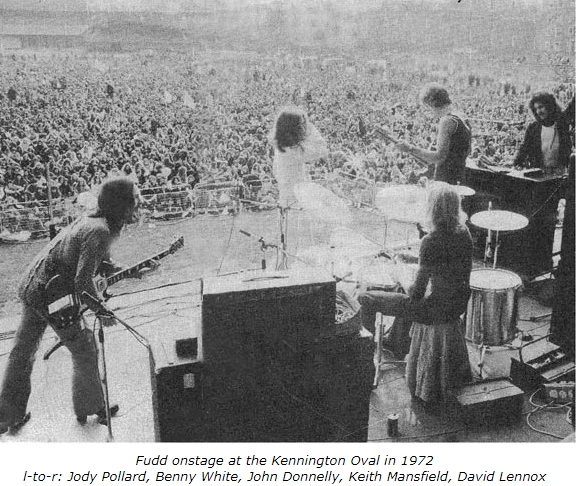 Holland’s Focus were rising stars in ’72, their debut album In and Out of Focus had been favourably received, however it was with the release of Moving Waves (Focus II) that the band firmly established itself in the music world.

The release of the now legendary Hocus Pocus single cementing the band for all time, and on the day Hocus Pocus received an almighty cheer as Jan Akkerman launched into the now iconic intro riff… Played at break-neck speed, Hocus Pocus certainly got the crowd going; Thijs van Leer’s yodelling and whistling elicited mimicry from the audience and vain attempts to follow him up the octaves, Jan Akkerman’s mind-blowing guitar breaks, and a flurry of drums from Pierre van der Linden during his mini-solo. Sadly my recollections of other tracks performed on the day are limited, Sylvia from the forthcoming Focus 3 album and House of the King being the only tracks I could swear to. 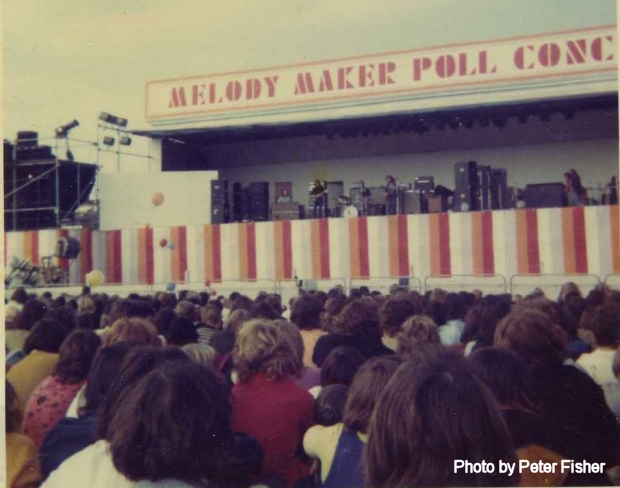 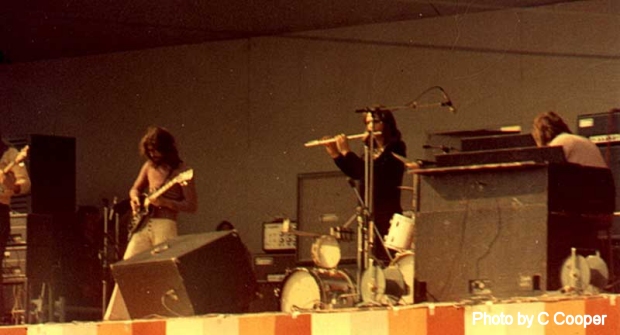 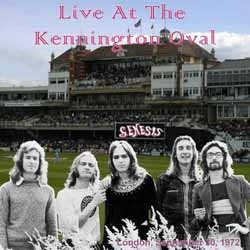 Genesis were still to come onto my radar back in 1972, so the weeks before the festival were spent popping around to friends’ houses to beg, steal or borrow anything from the band, which meant that at least by the time we got to London I was familiar with both Trespass and Nursery Cryme.

So as Messrs Banks, Collins, Gabriel, Hackett and Rutherford launched into The Knife, the music from Trespass took on a new stature. The Fountain of Salmacis obviously hadn’t resonated from the album as I have little recollection from the day. A similar tale applied to the following two tracks, Get ‘Em Out By Friday and Watcher of the Skies, which would appear on Foxtrot, which was still a week away from being released at this point, so sadly my youthful interest was wavering, although Watcher of the Skies certainly got the head bobbing about here and there. 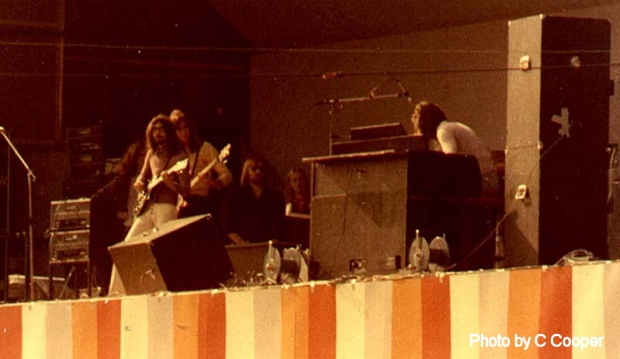 Fortunately, more familiar territory came in the form of the The Musical Box, complete with Peter Gabriel’s rather bizarre intro, and rounding off the set The Return of the Giant Hogweed. Looking back, this was an absolutely stonking set, much of which is still performed by Steve Hackett. At the time of writing this review, Steve is in the midst of touring the UK marking the 50th anniversary of Foxtrot on the ‘Steve Hackett Genesis Revisited 2022 UK Tour’. 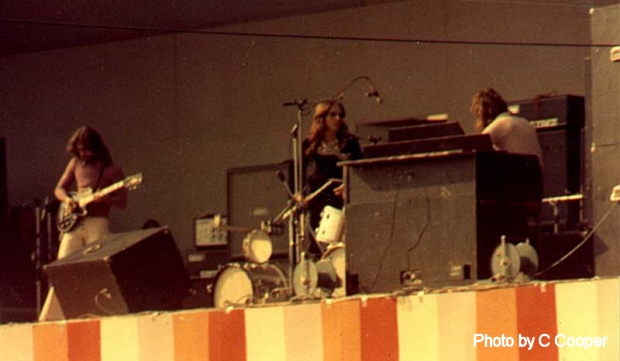 On a final note, I was delighted to find out that a live recording exists of this show. It’s an audience recording so the quality isn’t great, but it does capture the energy of the band at that time. 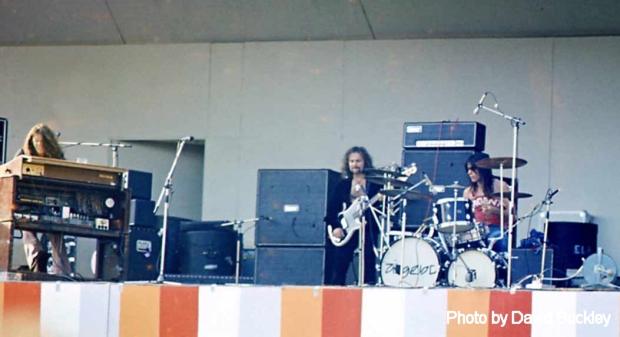 The previous year’s Goodbye Summer line-up featured many familiar bands, and although almost all the bands performing at the Melody Maker Poll Awards Concert have become ‘household’ names, back in the summer of ’72 a couple of the bands were only known to me by their singles. Argent were one such band… So my only musical recollection is the extended version of the stomping Hold Your Head Up which finished their set, and went down a storm… 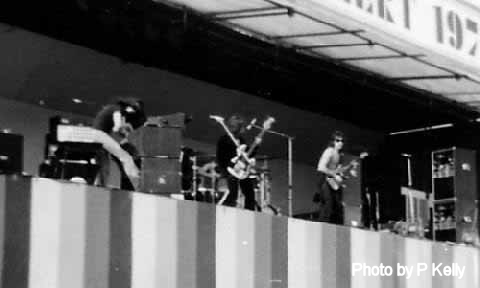 Not announced on the bill and perhaps a ‘why not?’ on the day was the impromptu appearance of Jack Bruce along with Focus’ Jan Akkerman and Pierre van der Linden. Both Jack Bruce and Focus had picked up awards on the day and appeared on stage with an extended jam of Powerhouse Sod. I always remember Jack’s red Gibson EB-3 bass… 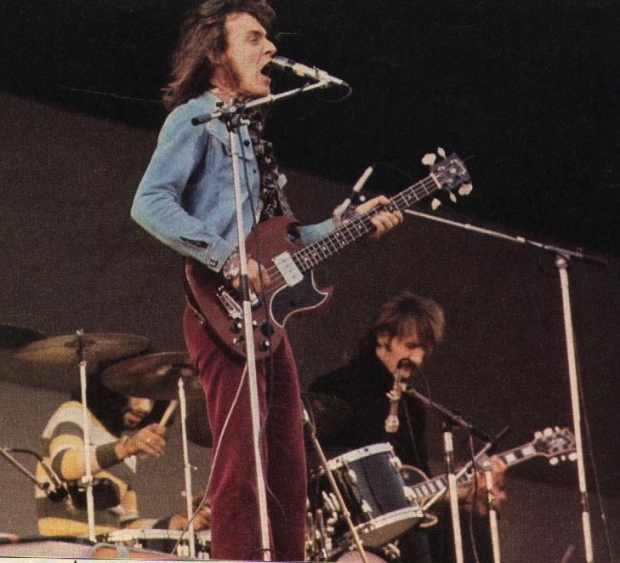 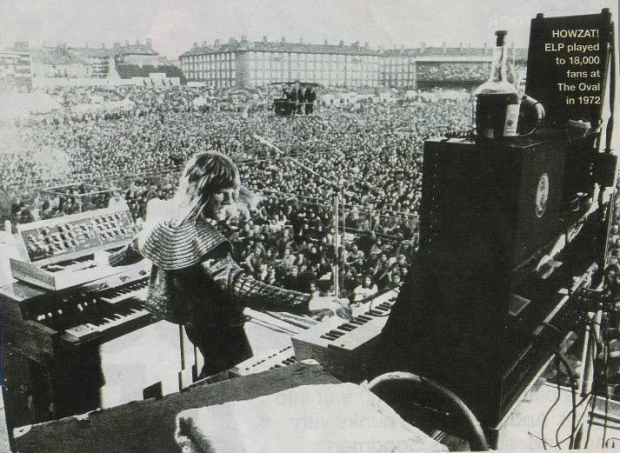 The main attraction for this event, for me, was of course Emerson Lake & Palmer, and although advertised as the headline band they moved up the batting and came on stage prior to Wishbone Ash. At the time it wasn’t clear why, however it was later revealed that it was due to the temperamental nature of Keith Emerson’s Modular Moog which was prone to tuning issues and affected by changes in temperature.

Around tea time the trio came on stage, which was now adorned either side with two Tarkus armadillo tanks, with smoke billowing from the canons. 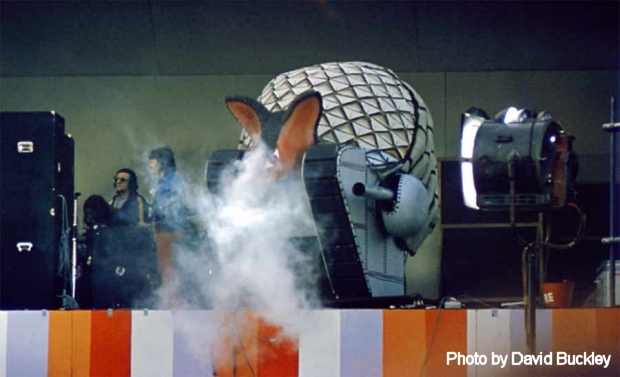 The band were introduced on stage by Alan ‘Fluff’ Freeman and then swiftly launched into Aaron Copeland’s Hoedown, taken from the recently released Trilogy. The mighty Tarkus followed. Now, at fifteen then, and with a fifty year gap, commenting on the musical performance would certainly be specious, however I seem to remember the version they played being fairly close to the album, with the exception of Keith Emerson dashing about the stage with his Moog ribbon controller. 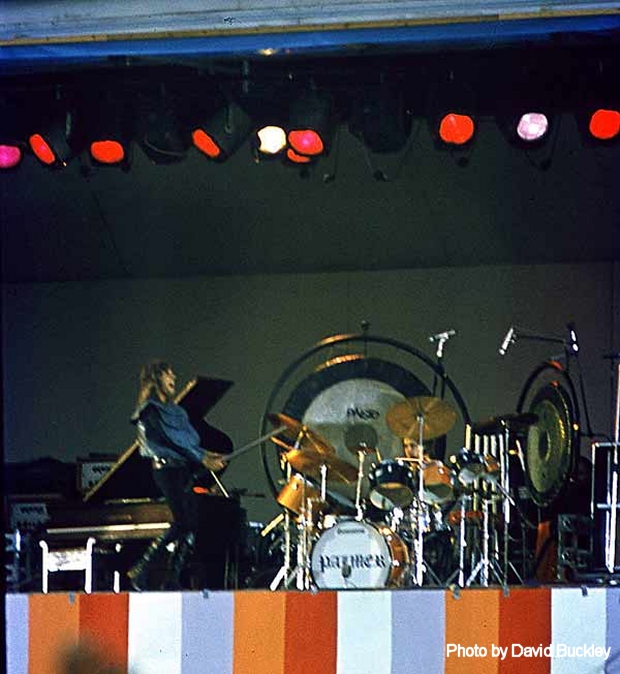 Whilst researching for this review, I found some live recordings of the concert, which triggered memories of the day – Greg Lake’s stripped back version of Epitaph, which was particularly moving, along with Keith Emerson playing an extended outro on Aquatarkus, complete with snippets from Greig’s Hall of the Mountain King.

Like the audience recording of Genesis’ set, the audio quality is not great, but it does show how on top of their game the band were at this time – probably why they had just scooped Best British and Best World Band in the MM Awards. Truthfully, I have no recollection of The Endless Enigma and The Sheriff from Trilogy, released a couple of months earlier.

Now whether or not the numerous times I saw ELP around this time have coloured my memory, Take A Pebble was just wonderful. Played in its ‘usual’ live format with Lucky Man segued in between Emerson’s piano improv.

One of the biggest cheers of the day came as the band launched into Mussorgsky’s Pictures at an Exhibition. I do recollect it being much shorter and, as the audio confirms, they moved from the opening Promenade straight into The Hut of Baba Yaga and The Curse of Baba Yaga before concluding with The Great Gates of Kiev, complete with Keith Emerson’s customary Hammond organ destruction. 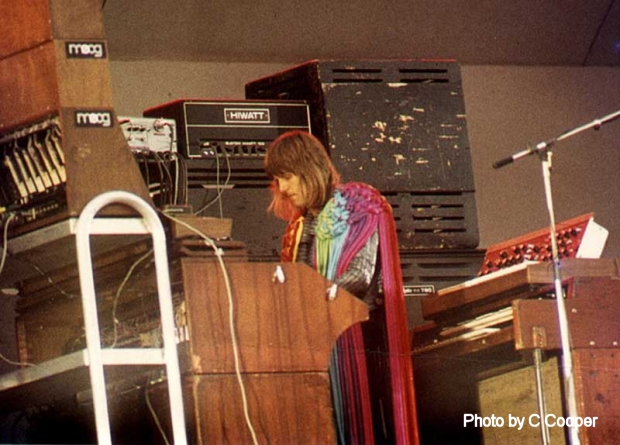 The encore was of course a rip-roaring version of The Nice’s Rondo, complete with Carl Palmer’s hugely imaginative and ‘interactive’ drum solo and thunderous bangs from the giant Tarkus canons.

Looking back, Wishbone Ash really had the worst ‘spot’ of the day, as following ELP smacked of ‘after the Lord Mayor’s show’. By the time they hit the stage it was dark and back in 1972 there were no giant screens behind, or either side of the stage, no dazzling laser light shows, more Parcan lighting (which probably accounts for the lack of any photos of the band at The Oval), and no theatrical stage props. On top of this, it seemed an eternity before they came on stage, presumably due to the stage being cleared of all of ELP’s equipment. As a consequence, the audience had started drifting away, and somewhere lodged in the grey matter is the lighting of a sizable fire – the Ashes indeed – which also caused some delay… although I am quite willing to be corrected on this one.

Still, Wishbone Ash turned in a memorable set, with a sizeable chunk taken from Argus, released earlier that year, and which had won Best Album in the MM Poll. The set opened with The Pilgrim from their previous album, followed by four tracks from Argus. The slow intro of the bluesy Sometime World must have washed over me, however once the band kicked in it was one of those ‘yes’ moments. Following this up with The King Will Come, Throw Down the Sword and Warrior saw the remaining crowd totally onboard. Three iconic tracks that have stood the test of time and still appear in both Andy Powell’s and Martin Turner’s WA sets.

Probably conscious that it was getting late, I seem to recollect wishing the next two tracks to be over, especially the lengthy Phoenix – surely we can’t leave until they play Blowin’ Free… ( 😉 )

Howzat! 50 & Out? Sadly, a fatality at a concert at Crystal Palace in 1973 resulted in new regulations being introduced by Lambeth Council on the number of tickets sold, so any further concerts at The Oval became untenable.

Now I cannot fully attest to the accuracy of this somewhat nostalgic review of the Melody Maker Poll Awards Concert, and there are certainly ‘conflicting reports‘ of the day, however whilst compiling this article I was surprised how much I could recollect. These days I walk from one room to another and wonder why I made the journey… 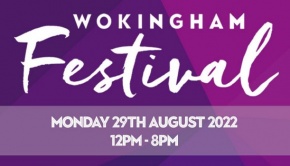