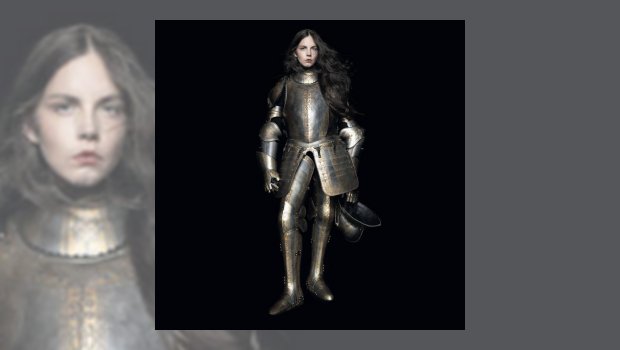 GGGOLDDD – This Shame Should Not Be Mine

A couple of years ago, I attended the Ten Years of Chaos celebration of Chaos Theory’s first decade. It was an incredible gig of two halves for me, each half chock full of the weird and wonderful. As I wrote in my review, “the first half ended with Vodun’s magnificent performance. I should have been trooping downstairs with the rest of the audience after their set finished, but it somehow didn’t feel right. Maybe if I knew who Gold were I might have felt differently, but I’m not entirely sure. Vodun was one of the bands I had been particularly looking forward to seeing, and they hadn’t disappointed. I decided instead to grab a beer, and only once I was feeling ready to get back into it did I head downstairs. I possibly should have gone down earlier. Dutch band Gold were really quite good.” So good, in fact that I visited their merch table and picked up their latest CD. It was only when I did so that I realised why their music had sounded vaguely familiar as well as appealing, as I recognised the cover art. I had first heard of Gold when they opened for fellow Dutch band Dool – who I’m rather a fan of. I listened to what music they had online at the time, and put the band into my mental “to purchase” list, much of which ends up lost in the mists of time (I really ought to write things down more often).

You might think I would have remembered the name of the band, but no. And perhaps that is one reason that Gold now go by the more memorable spelling of GGGOLDDD? More likely, I suspect, it is because GGGOLDDD is a lot easier to search for on the Internet than Gold. In any case, while I might not have caught too much of their live set at Ten Years of Chaos, I ended up quite a Gold fan. I love the way they take a mix of dark ambient, post-punk, post-rock and Krautrock, and mix it into some wonderfully accessible gothic pop and trip hop. It’s dark, and it’s heavy, but it’s surprisingly easy on the ear. The album I picked up at Ten Years of Chaos, 2019’s Why Aren’t You Laughing?, in my opinion, was easily the best they had released at that point. That’s not to say I don’t enjoy their previous albums, but Why Aren’t You Laughing? was just such a massive step up to my ears. And with This Shame Should Not Be Mine, GGGOLDDD has just taken yet another massive step. The band seem to just be getting better and better, but I honestly don’t know how they’re going to top this.

As dark and heavy and intense as the previous album(s) might have seemed, This Shame Should Not Be Mine doesn’t just cross the line into darker, heavier and more intense sounds, so much as leave that line disappearing beyond the horizon. At times it borders on black metal brutality, and industrial insistency. Both musically and lyrically, this comes across as the darkest GGGOLDDD album yet, overflowing with a bruising and battering account of trauma and abuse that could so easily be all too draining and devastating to listen to with any degree of enjoyment – were it not for GGGOLDDD’s uncanny knack for couching much of the harder to take aspects of their music in an aesthetically pleasing manner. GGGOLDDD choose subtlety over drama almost every time, and it works wonderfully. There are sharp edges carefully concealed, but the knives don’t often come out. When they do, it’s incredibly impactful. Milena Eva’s vocals are the greatest weapon, and she delivers the lyrics with a deadly precision to match the mood and texture of the song at any given moment, and able to change in intensity in an instant. Her singing on this album leaves that on previous albums in the dust. This is next level stuff, and it feels like Eva has poured absolutely everything of herself into her delivery on this album, with nothing left to give.

I don’t know if this is based upon personal experience, but if not, Milena Eva does an incredible job of making it sound believable that this was based upon her personal experience. If it is, then Eva has been carrying the trauma of a being a victim of rape. But This Shame Should Not Be Mine, as the title makes clear, is not at all about being a victim, but the exact opposite. All the guilt, all the shame, is the rapist’s. The lyrics are direct and straight to the point. There is no refuge in metaphor or euphemism. This will, I guess, make This Shame Should Not Be Mine a hard and uncomfortable listen for some. But, as aforementioned, the music and lyrics of GGGOLDDD have always been dark, and seemingly informed by some last trauma. This album is simply the most overt, direct and literal depiction of that trauma. I almost feel guilty for enjoying the album as much as I do. The outpouring of raw emotion could be gut-wrenching and devastating to listen to, but it comes across like a call-to-arms, offering catharsis and empowerment. It’s a clearing condemnation of the rapist, and a celebration of overcoming the attack on one’s body. It’s a triumph over trauma. If not complete closure, it’s an emotional release, that will hopefully help any listeners to the album who may have gone through similarly catastrophic personal trauma.

I’m aware I’ve barely mentioned the music at all in this review, and that is unfair to the rest of the band, as it is the perfect coalescence of vocals and music that provides such a memorable and masterful end product. This is the best GGGOLDDD album yet, and it could not be so without the involvement of all members of the band. True, this album doesn’t feature the same walls of sound some may have come to expect, especially as a band with three guitar players. But while there may be a greater subtlety to the music, this allows greater nuance, with the instrumentation matching the various emotional states of, for example, vulnerability and seething anger. Danielle Warners and Igor Wouters provide an astoundingly dynamic rhythm section, which makes their thunderous peaks even more impactful. Honestly, I don’t think GGGOLDDD will be able to top this. It will surely be their magnum opus. Who knows, though? Perhaps I will be proved wrong. Whatever the case, GGGOLDDD have effectively left themselves a blank canvas. I look forward to finding out how they fill it.