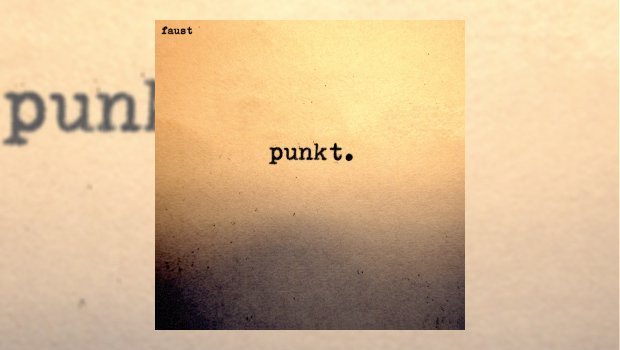 I have an affinity for outsider music, as those three of you who irregularly read my nonsense must know by now. No one counterculture embodies that ethos better than the German underground music scene of the mid-’60s onwards, that became known to all and sundry as “Krautrock”, thanks to a predictable lack of imagination on behalf of English music journalists. And no one band was more outsider than Faust, a group whose music defies pigeonholing, even within the wobbly sphere of the deliberately non-R&B basis of the finest examples of German non-commercial rock music of the era.

For that reason, Faust were and are my favourite Krautrock band. Between 1971 and 1973 they released four classic albums of wilful, playful, noisome, invigorating racket, that shoved the envelope containing notions of “popular” music not so much off the desk, but into a completely different universe. In my never humble opinion, The Faust Tapes, an album cobbled together from studio offcuts, to be released for the price of a single on Richard Branson’s still then very left-field fledgling Virgin Records label, is one of the most fascinating, funny, and compelling musical statements by any band, ever. The fact it wasn’t even recorded as a “proper album” only adds to its wonderful and mad spontaneity. Virgin Records was bankrolled by Branson, but musically it was A&R man Al Clark’s baby, but credit to Branson, who gave his oppo his head, to the extent that Mike Oldfield made Tubular Bells in downtime from Faust’s Faust IV. Just think about that for a minute!

The Faust story is weird from the off, when very straight-laced German classical record label Deutsche Grammophon GmbH heard an early demo by the band – Lieber Herr Deutschland, check it out on YouTube – and signed them on the strength of it. The band were farmed out to subsidiary label Polydor, who thought they would try to turn the band into a German Beatles a la Sgt. Pepper by seemingly giving them a suitcase of cash and letting them do their thing virtually unhindered. The band built their own studio out in the sticks (the infamous Wumme Studios), got very stoned, and created some of the freest music imaginable.

After inevitably falling out with Polydor following two brilliant but very non-commercial LPs, and being unceremoniously kicked out of Wumme, the band decamped to Blighty, and under Branson/Clark’s auspices put together the aforementioned The Faust Tapes from archive material they had brought with them from Wumme, and later made Faust IV at The Manor, under close scrutiny from their new label. Although by now Branson had also had enough of the band’s anti-social tendencies and cut his losses, this feckless bunch of wayward musical geniuses aka hairy anarcho-hippies (or proto-punks if you will) were under the illusion that Virgin owed them a third record. Fleeing England and returning home, through a connection with Giorgio Moroder they ended up recording in his Musicland Studio in Munich, when it wasn’t being used by the producer and Donna Summer, then in the early stages of plotting world domination by Eurodisco. The tapes the band laid down have long acquired legendary status, and have now found a proper context, as Punkt.

Moroder’s studio was in the basement of the Arabella High Rise Building, the city’s swankiest hotel, so without a thought for the consequences the band moved in telling the management that Virgin was footing the bill. After another inevitable collapsing of a house of cards, Faust told their teenage roadie to scarper with the tapes, which he did by driving through a car park barrier, and most of the band then threw themselves and their dogs, who had all been eating gratis room service steaks, with the human contingent also demolishing vast quantities of minibar booze, on to the mercies of the local constabulary. Their enormous bills were eventually settled by two of band members’ mums. You couldn’t make it up, and this intro is probably way more entertaining than my actual review, so you can stop reading now if you like. I probably would.

The tapes that escaped during the roadie’s moonlight flit have seen piecemeal light of day over the years, on ReRMegacorp releases Munic and Elsewhere and The Last LP (both later compiled as 71 Minutes), but never in their entirety in one place. On Punkt. they have been remixed for the occasion, and we are treated to a far more immersive sound than previously heard. Indeed, Punkt. is the best sounding release I’ve heard by the original band. The album was originally only available as part of last year’s Bureau B career-spanning box set 1971-74, but is now out as a standalone release, for which those of us who already have all of the original band’s releases and the Wumme Years box set can only be thankful.

Part of the reason Faust’s original music sounds as “new” now as it did 50 years ago is that they never took themselves too seriously, and there is an infectious humour and light-footedness running through their beguiling tunes/beats/cut-ups/experiments, call them what you will. This is apparent from the off with Morning Land, originally Munic/Yesterday on 71 Minutes, a tune that pivots on a hypnodrone shamanic rhythm that lopes along in a determinedly fixated fashion.

The other tune that has been heard before is the highly unsettling Knochentanz (bone dance), and here it is much more focussed than the version which appears on 71 Minutes. Its, and in fact, the album’s mesmerising and hypnotic quality is down to Zappi’s drumming, which here marries tribal heft to manically intense motorik focus. Out, demons, out!

Highlights elsewhere see the tragically doomed Rudolf Sosna’s piano taking us through gardens of trademark Faustian melancholia as it cuts through the initial dystopian murk of Schön Rund, and his scratchy and punky guitar riffage does battle with Zappi’s lumpen motorik on the aptly named Juggernaut, and the album ends with an in-yer-face clattering, yet at the same time strangely calm avant oddity that belies its title (Prends Ton Temps – take your time), that could only be Faust, a far-flung sonic experiment that comes to a sudden “tape ran out” end that is somehow fitting.

Punkt. – German for full-stop, and with a full-stop just to underline the point, and thereby a suitable ending for the original line-up. Also, of course, the obvious line is drawn to punk, and Faust certainly had the anything goes/no boundaries attitude of the original short anarchic burst of energy emanating from the UK musical revolution of a few years later. Prescient? Of course, and somehow, the music of Faust of whatever iteration will ever be so. 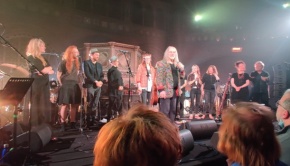