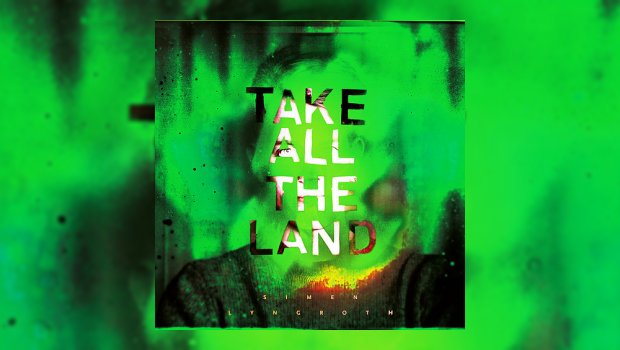 Simen Lyngroth – Take All The Land

I am, as any who knows me will testify, fascinated by new music in its many guises, and if something catches my interest I will seek it out. This album is one such example. I read about it on a friend’s Facebook page and the description of ‘Yacht Rock’ caught my attention, so here I am some time later offering a review for you, dear readers.

Yacht Rock was a term used to denigrate highly successful and high earning, mainly U.S. West Coast musicians like Boz Scagg, Toto, et al, and generically soft radio rock. This album falls well outside of that particular description as it is primarily a Nordic singer songwriter who also deploys electronic dabblings which, when set to his soft tones, creates an album of rare intimacy and beauty.

This is a delicate album, moody and introspective yet with good melodies and harmony, and with lovely instrumentation throughout. Simen has a soft yet very clear voice which is supported by acoustic guitar, piano and some gentle programming to give these songs nice textures and sounds. There is nothing abrasive on offer here, just well crafted songs of love, loss and a worry for the future. The best song for me is Wake Me Up which has a thrusting guitar pattern that is very effective indeed…

Another strong track is Silence which also opens with a strong guitar section with reverb on display – the song again sounding really strong.

There is little information available on Simen or this release, other than he was previously a member of Norwegian act Ask and this album was mixed by Christer Andre Cederberg

Take All The Land is most probably a sleeper album whose impact will only hit when heard repeatedly over a few days, but either way it’s an album that shows great promise from this young man. Very impressive, very relaxing and one to chill out to on a late night listening session. I really enjoyed it.