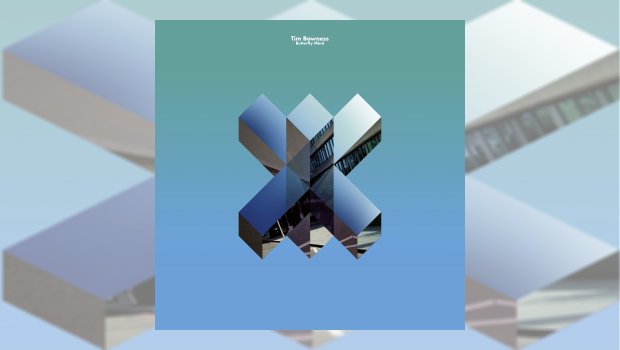 Butterfly Mind is Tim Bowness seventh solo album, and his sixth for Inside Out Music. It was due to be released to coincide with the 40th anniversary of Tim starting to perform music in bands back in his native North West of England. That said, there has been unfortunate news that this release has had to be postponed to 5th August due to logistical problems with the physical copies, but I feel that this will just increase the anticipation for what is one great Tim Bowness album.

For this release, Tim has gathered together a very notable collection of genre spanning guest artists to provide their wonderful contributions. With a stellar rhythm section of Richard Jupp and Nick Beggs to support Tim and Brian Hulse, what is there not to like? Production was handled by Tim with Brian Hulse and the mixing and mastering is by Steven Wilson. The eleven varied tracks show Tim unafraid to play with the possibilities that his music can offer, and at a satisfying forty-three minutes it encourages you to hit the replay button, or turn over the LP again if you are a vinyl fan.

The album is bookended by the two parts of Say Your Goodbyes, which share some similarity with their gentle and moodily atmospheric start, but Part One’s pace picks up with an almost spacy rock vibe and guest vocals from Peter Hammill, ending with a form of chanting. This is a different opening from what one might expect, but it definitely works, perhaps signalling what differences there are to come.

This upbeat feel continues on Always a Stranger and I like this new angle to Tim’s music. For the third track, It’s Easier to Love, we’re back into familiar musical territory for Tim with another beautifully atmospheric song. There is some noticeable difference in these new songs from Tim’s previous catalogue. I am finding it difficult to express what I mean, but suffice to say, I really like it. The atmospheric, soulful ballad style songs here are combined with some clear art rock styles to great effect. This is no more ably demonstrated than on the upbeat and upfront We Feel which has, for me, a Peter Gabriel vibe. Nick Beggs provides some excellent bass work with Ian Anderson’s flute dancing around over the top of the song.

The longest song at around eight-and-a-half minutes is Dark Nevada Dream, and this is my favourite on the album. Beautifully paced, it is a song which is rooted in what Tim does so well, with moody atmospheric sounds accompanied by his distinct and unique voice and delivery. Add to this a careful selection of instruments, like Hammond organ and violin, along with the backing vocals, and you get an interesting and heady mix which passes too quickly.

The lyrics throughout the album are interesting and appear to have a lot to say. I often shy away from interpreting these in my reviews, as I believe the way lyrics generally appeal to a listener is in different and sometimes personal ways, and finding your own way through them is one of the joys of listening to music.

This album demonstrates Tim’s willingness to develop his music. It’s another excellently presented release full of atmospheric vibes which are intercut with powerful expressions with Tim’s unique voice all over it. I feel this is maybe one of his finest albums to date.