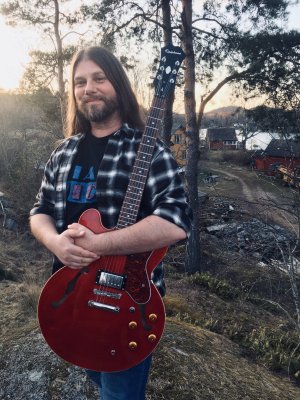 TPA is thrilled to be premiering the forthcoming single from Norwegian art-pop collective The Opium Cartel, taken from their third album, Valor, which is due to be released by Apollon Records on 5th June.

Formed by songwriter/multi-instrumentalist Jacob Holm-Lupo (of White Willow fame), The Opium Cartel is a vehicle for songs that exist “somewhere between sophisti-pop, art-rock and synth-pop”.

The The Opium Cartel’s Bandcamp page highlights the groups’ interest in “’80s bands like Japan and Prefab Sprout, analogue and early digital synths and nice photography”, but Valor also takes influences from the likes of The Blue Nile, Shriekback and late-period Roxy Music.

Following on from the album’s debut single, In the Streets, Jacob Holm-Lupo has this to say about A Maelstrom of Stars:

“It’s probably the proggiest tune on the album, where my idea was to combine a bit of the easy-going groove from a band like Air with some proggy excitement that was still catchy and easy on the ear. I guess there’s some inspiration from ’80s Camel or Alan Parsons Project, but there’s also a psychedelic, spacey edge to it.”

With Holm-Lupo playing a classic Oberheim Matrix-6 synth, the song is carried by soaring and emotive guitar from Bjørn Riis of Airbag, with the rhythm section of Lars Fredrik Frøislie (of Wobbler and White Willow) on drums and Spirit of the Dead’s Ole Øvstedal on bass, keeping things steady and flowing.

A Maelstrom of Stars is officially released on 6th May 2020, but you can listen to it here, right now, via the embeded player below:

If you enjoyed that as much as we did you’ll no doubt be looking forward to the album, and TPA’s review of Valor will be published next week.